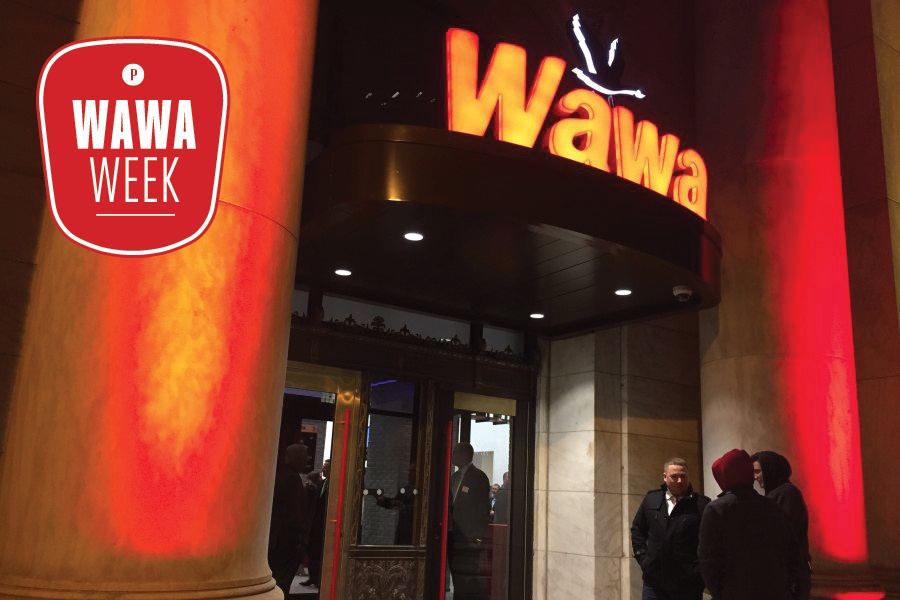 There’s a lot going on in Wawa’s new flagship store.

The location, which opens on Friday at 6th and Chestnut streets with a free coffee weekend, is unlike any other Wawa ever. That’s not just because of its size (which, at 11,500 square feet, makes it the biggest Wawa in the world). There are three other reasons this store is special.

The first is that it’s a beautifully designed space within a stunning historical building. When you walk inside, it almost feels like you stumbled into some sort of secret Wawa Heaven. It features tall, vaulted ceilings, touches of Art Deco design, and hip industrial furnishings. Think of La Colombe’s Fishtown flagship store, but less pretentious.

The second factor differentiating this location from others is that it’s pretty much a giant love letter to Philadelphia. When you enter the new Wawa, you’ll notice — across the store’s long, bustling center — one of its two stunning “Philly First” murals, designed by artists Keir Johnston and Willis Humphrey of Mural Arts Philadelphia. Humphrey, who died just two weeks ago, was praised and remembered by Mural Arts executive director Jane Golden at a preview event on Wednesday.

Both compositions show off, as the name implies, historical events or inventions that were born in the city. And there’s a lot to be proud of – like the first computer and the first hospital dedicated to helping children. 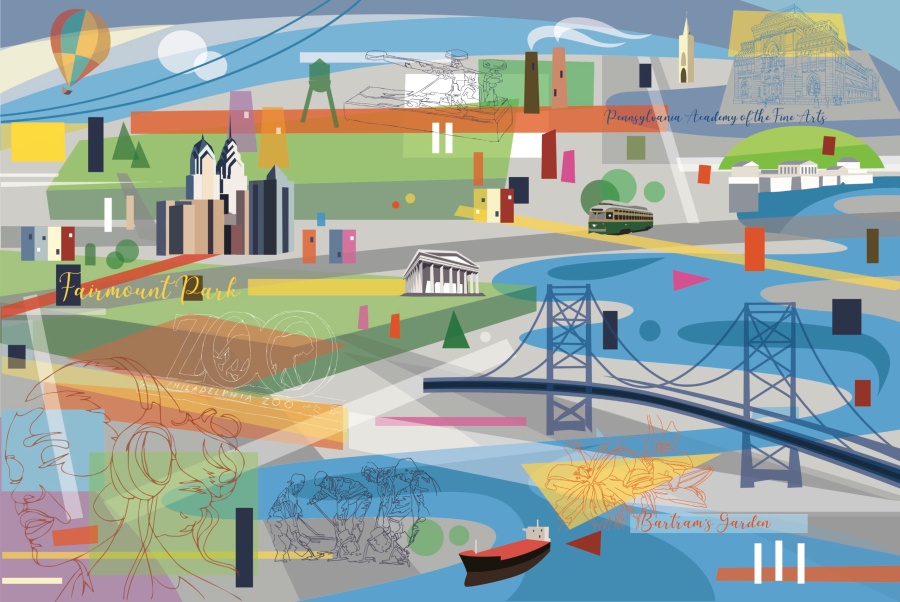 Wawa CEO Chris Gheysens said he wanted the company’s commitment to Philly, its “hometown,” front and center in its flagship store.

“Philly proud,” Gheysens said. “That was the vision. “We wanted the design not just to show off Wawa, but really to show off what is great about Philadelphia. We wanted to make sure Philadelphians know that when they come into this space every day for their normal routine, they’ll see what’s great about the city.”

Gheysens said the “Philly Firsts” murals are his favorite parts of the new store.

“Without them, I don’t think we would’ve met the original vision of showcasing all of the great iconic things about Philadelphia,” he said. “That’s the centerpiece.” 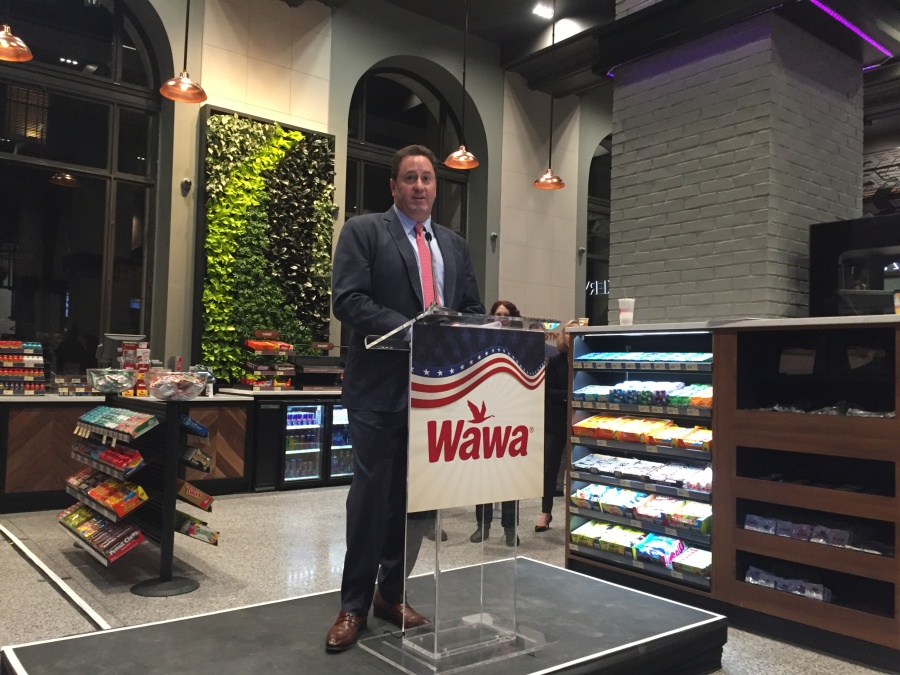 Something else to look forward to about the new Wawa? All the fancy new stuff. Here’s what you’ll see:

Excited? Yeah, we told you it was something.

The new store will officially open at 8 a.m. on Friday. Wawa will host a celebration that includes a parade (with mascots), hoagie-building competitions, charitable donations, giveaways, sampling, and more, starting at 8:45 a.m. And of course, the store will give away free coffee all weekend. Friday, Saturday, and Sunday.

So it’s official, then: Wawa really is taking over (has taken over?) the city. This is the fifth store the company opened this year. It’s the best — so far. It definitely won’t be the last.

Check out photos from the preview event below. 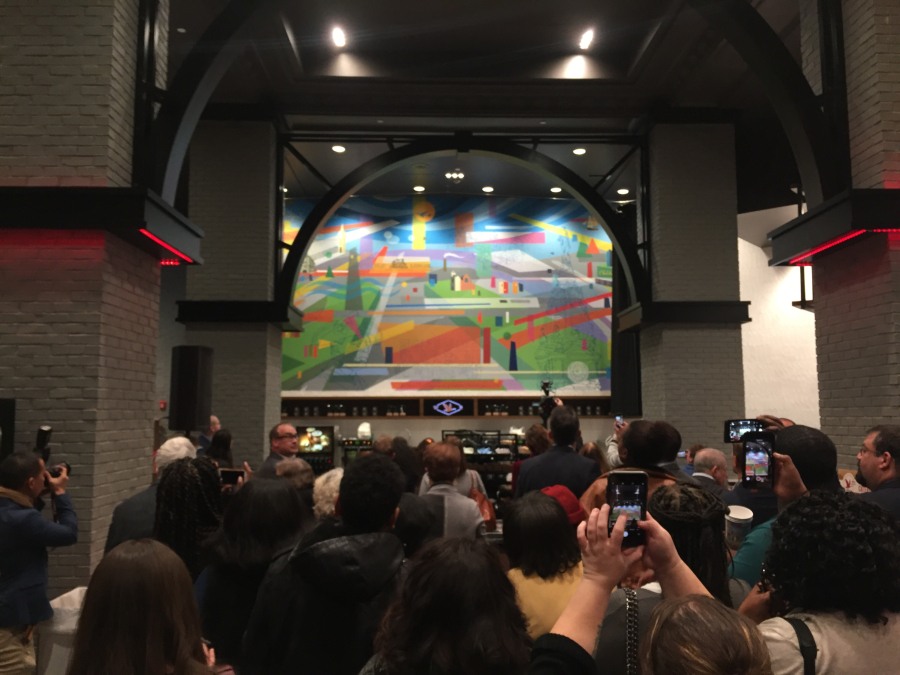 The view you see when you walk in the store. | Photo by Claire Sasko 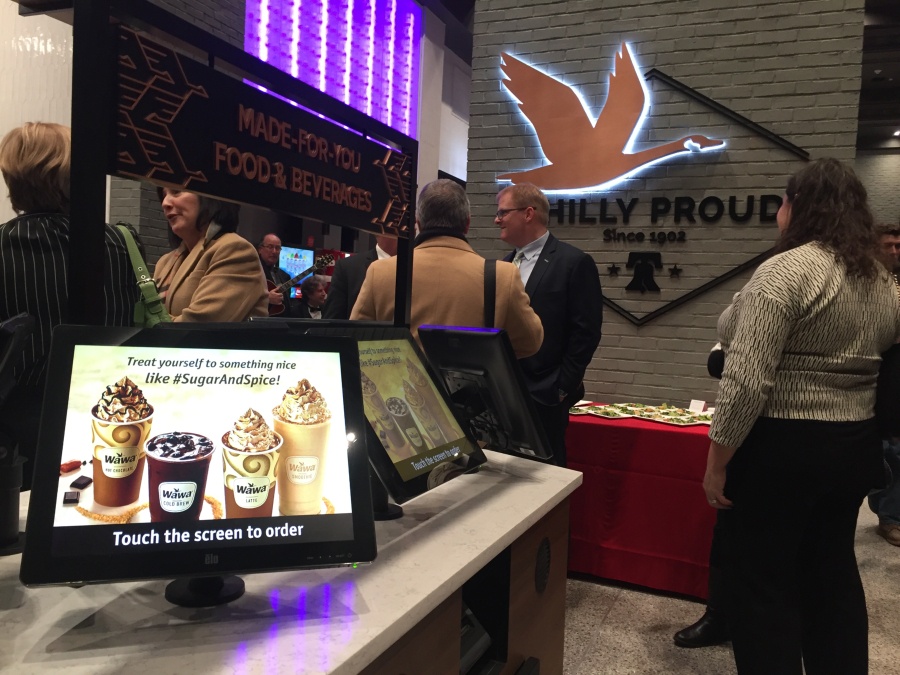 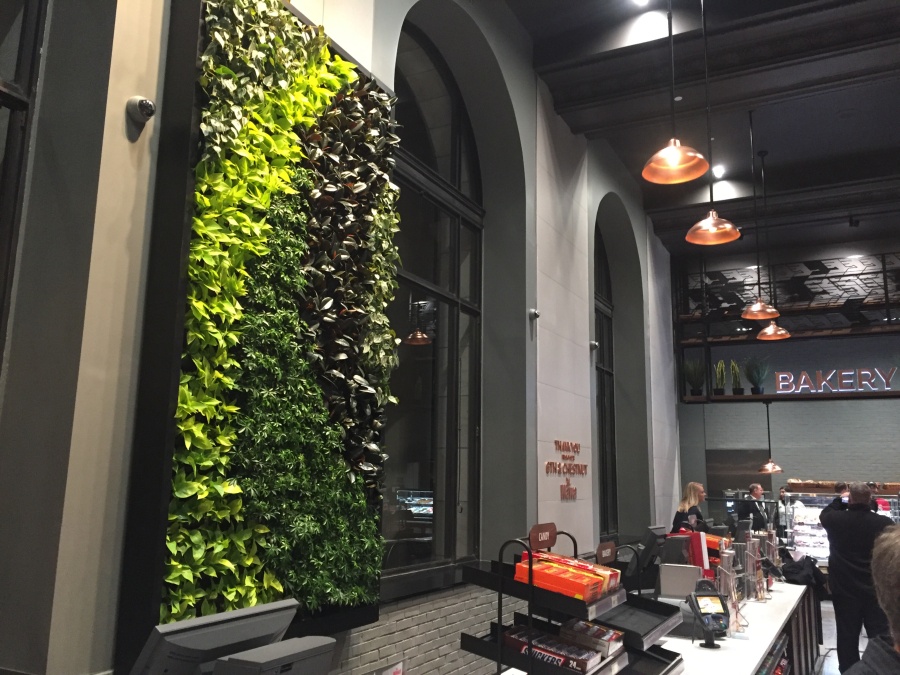 A view of the greenery. | Photo by Claire Sasko 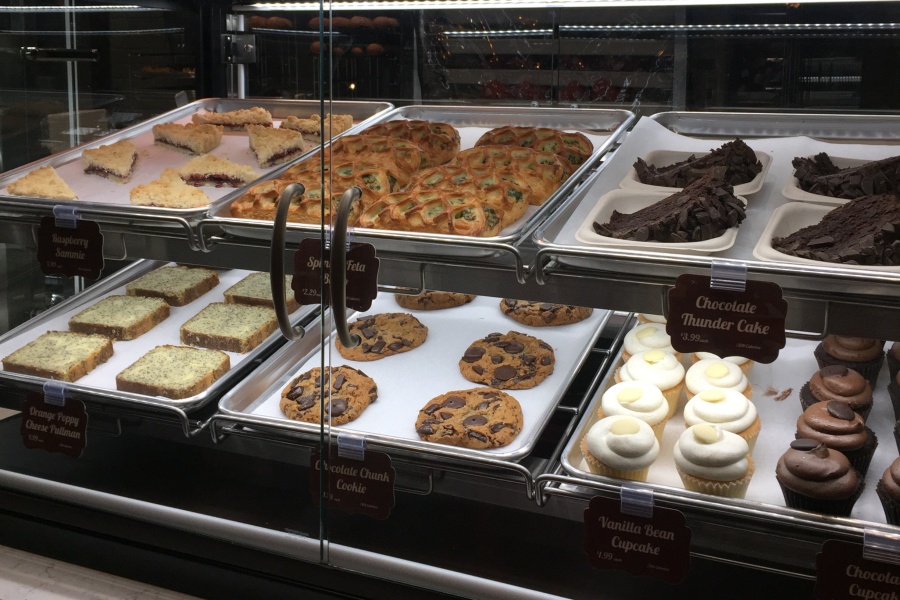 Baked goods unique to this location. | Photo by Claire Sasko 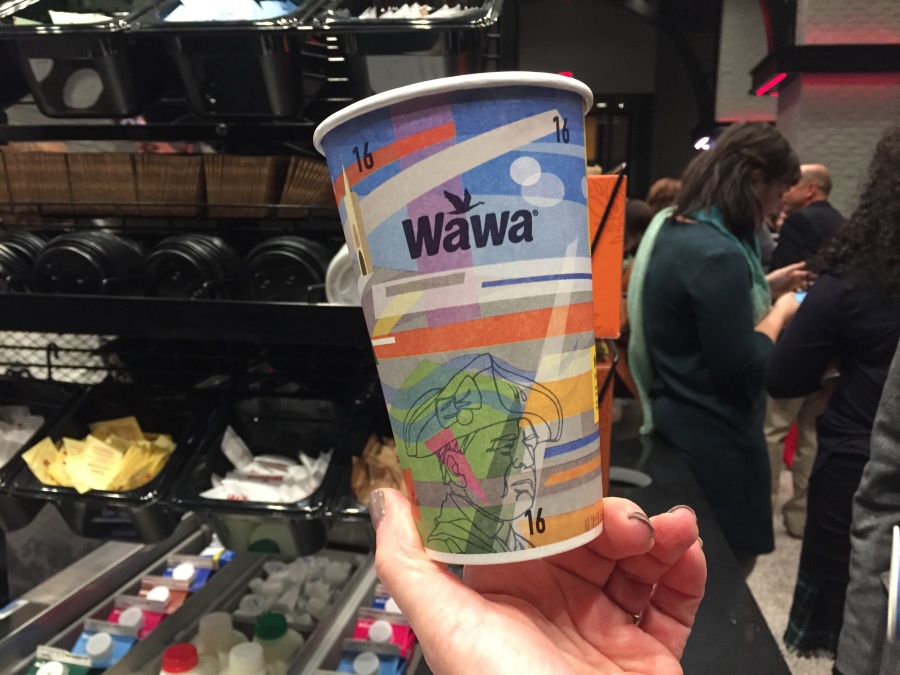 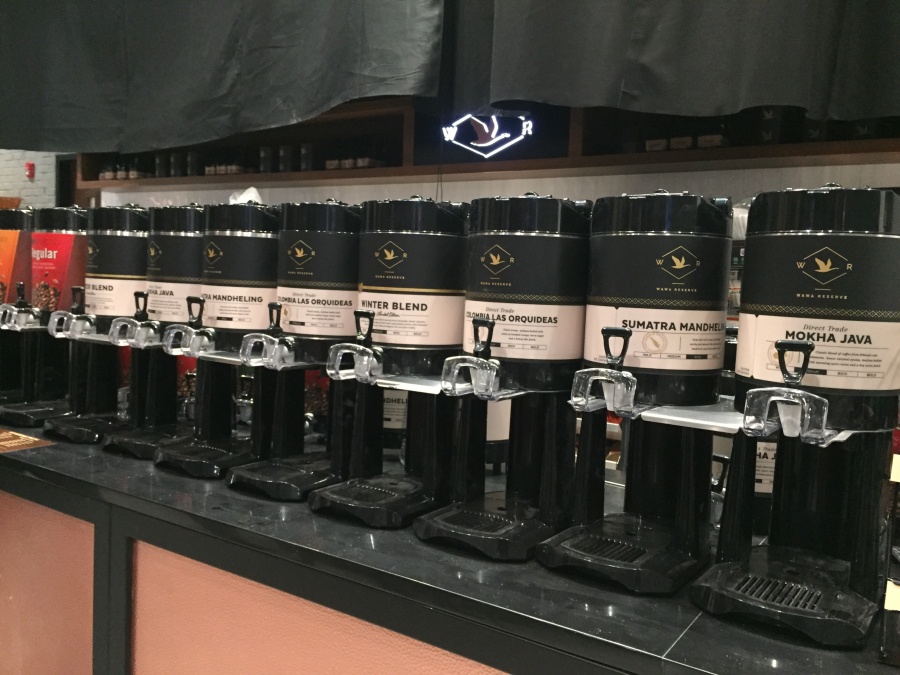 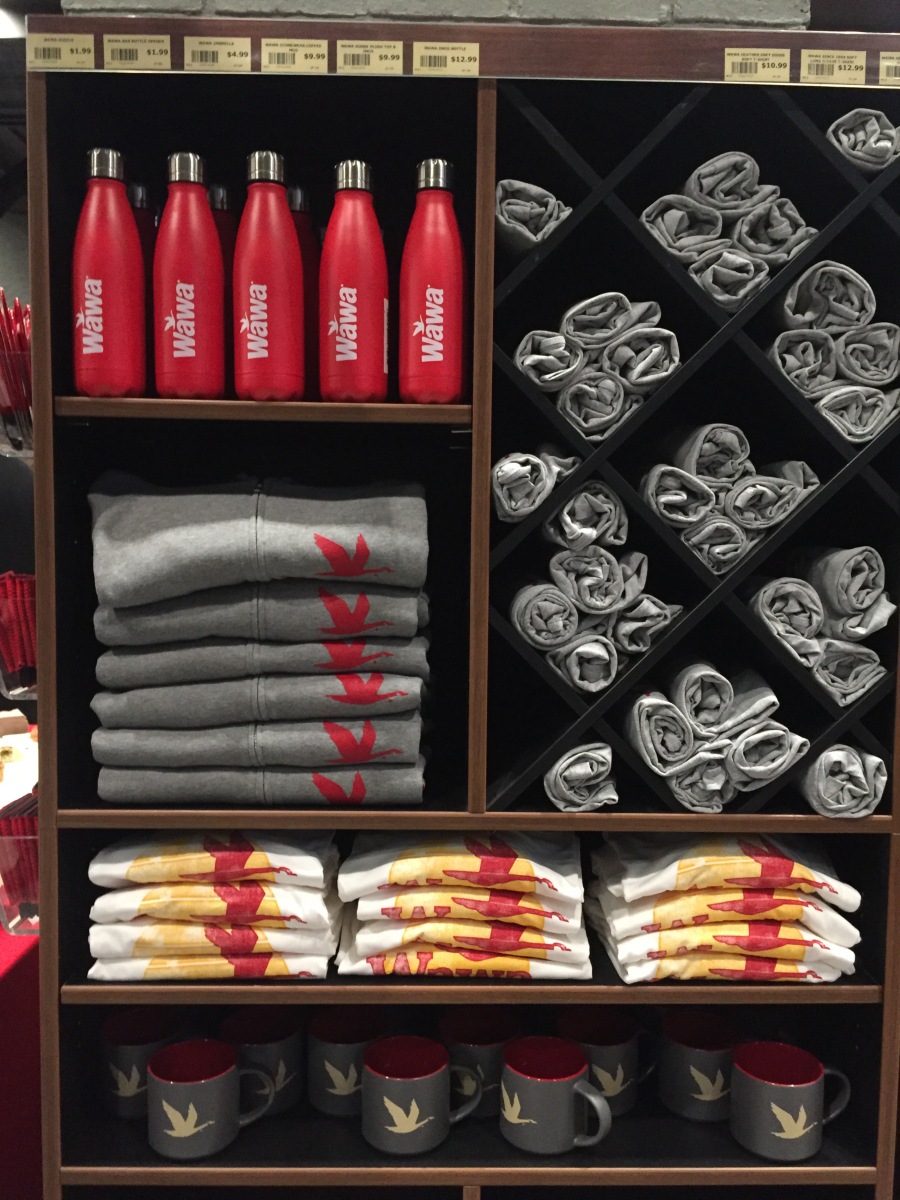 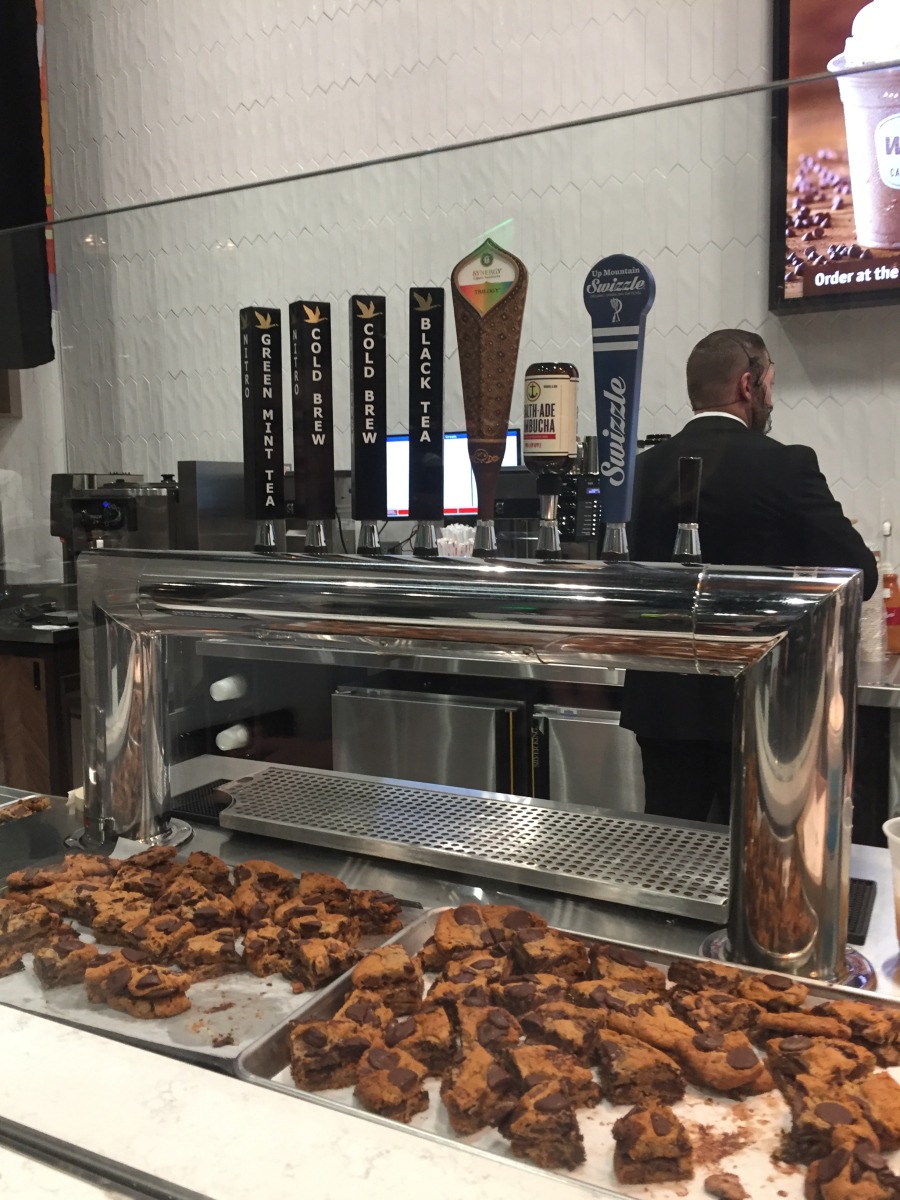 Disclaimer: You won’t usually find chocolate chunk cookies near the beverages on tap. 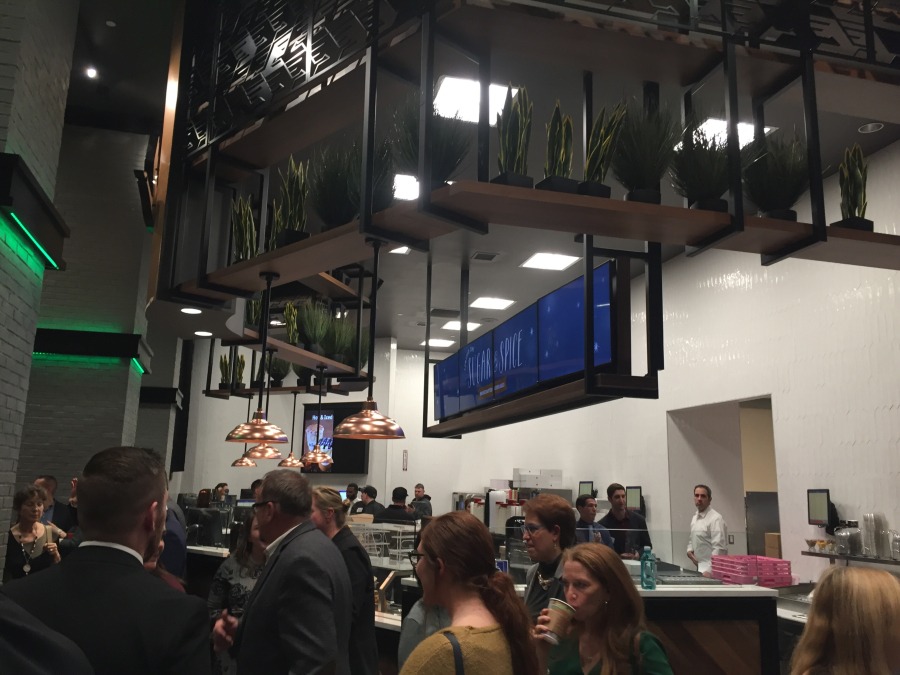 The store’s “center,” where hoagies and other food is made and served. 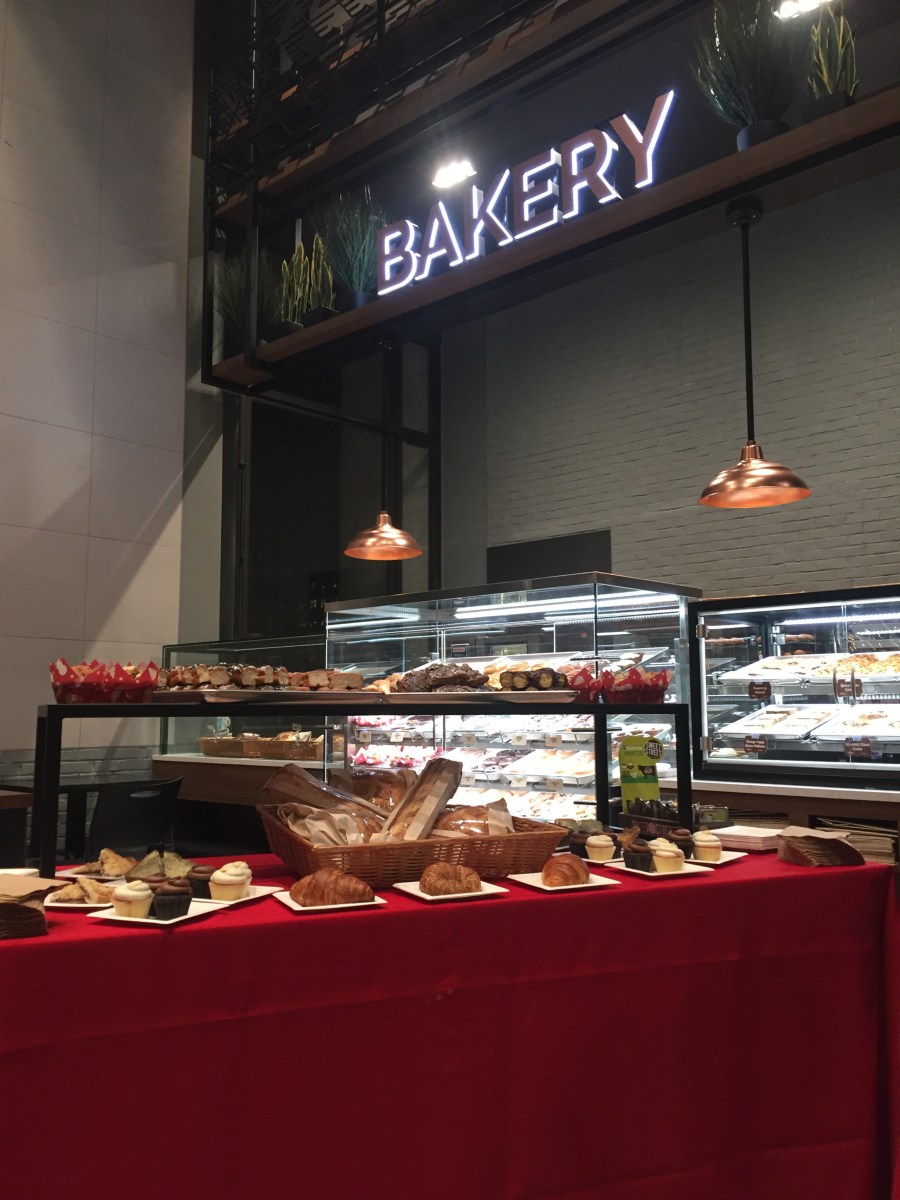