And yet, no one has submitted their take on "Go, Shorti, it's your birthday..." 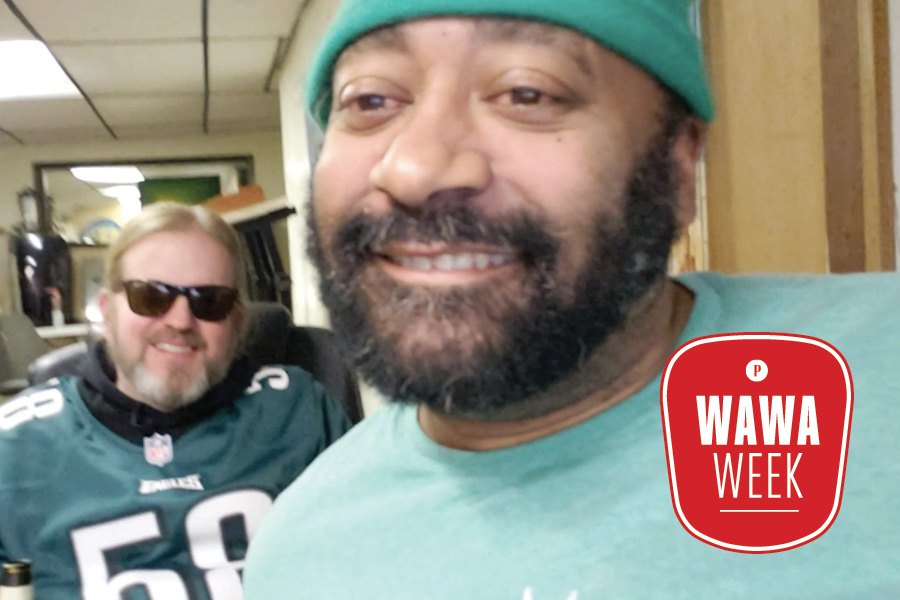 You know, when I came up with the idea for Wawa Week, one of the things I knew I wanted to do was ask local musicians to come up with new Wawa theme songs. A couple of weeks ago, I told my editor: This probably won’t happen, but hey, let’s give it a shot. Well, Philadelphia, you really came through in a big way.

We released five Wawa theme songs earlier this week, from a nostalgic ballad to an “Eye of the Tiger” parody (we hear that top Wawa execs love that one) to a heavy metal Wawa anthem, and since then, people have been asking us whether they can still submit Wawa songs. Sure! Why not?

This next one comes to us from the local duo Soft Pretzel, which is composed of Chris Hunter and Maxx Stoyanoff-Williams, whom you might recognize from music projects like Black Landlord and also from behind the bar at various Philly spots over the years. (He’s currently at Milkboy on South Street.)

And then part of what I love so much about the songs that have been coming in is how different they all are from each other. This next one is by brothers Joshua Mitchell, who’s singing, and Dante Mitchell, who is the one providing the beat. The lyrics appear below the video.