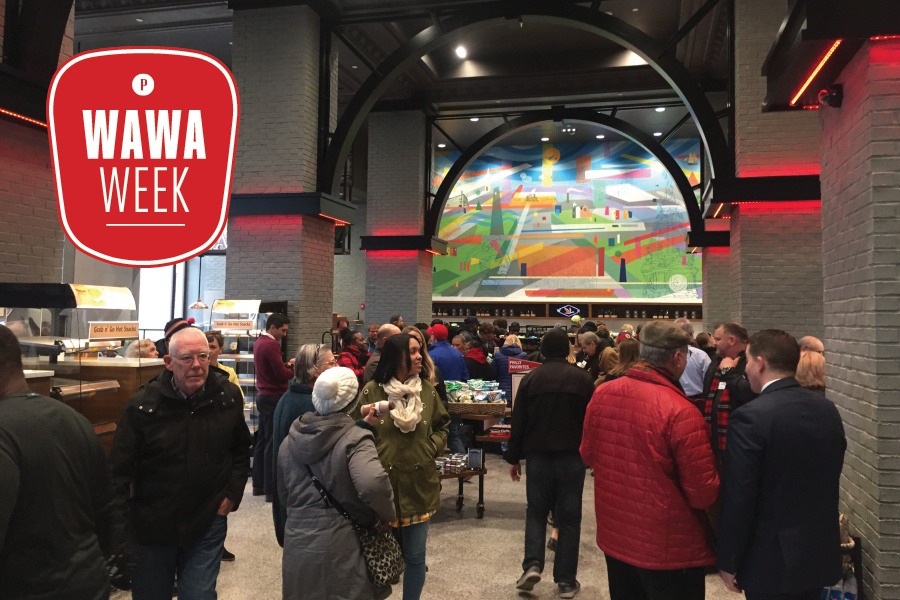 At long last, the largest Wawa in the universe has opened its doors in the best city in the world.

The flagship Wawa store at 6th and Chestnut streets in Old City is now open to the public, and the public is really, really hype. Like, let’s-throw-a-parade-in-Old-City-and-then-get-tons-of-free-coffee hype.

The flagship store, which we got a sneak peak of on Wednesday, officially opened at 8 a.m. on Friday. Around 30 minutes beforehand, a line of eager Philadelphians wrapped at least a block around the massive store.

A Wawa spokesperson said roughly 500 people entered the store within its first 20 minutes of being open. 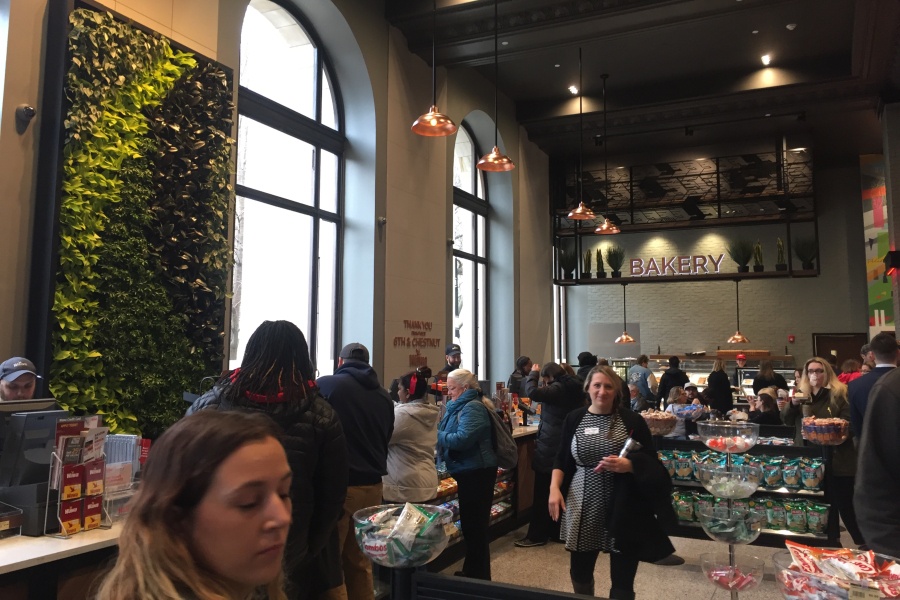 The new location features live greenery and a bakery. | Photo by Claire Sasko

If the location’s hip design, tall ceilings, kombucha on tap, and bakery aren’t enough to lure you inside, you might want to know that the store is giving away free coffee all weekend. That’s right: Free coffee on Friday, Saturday, and Sunday. Plus, this location has eight varieties of Wawa’s small-batch Reserve coffee line (most stores usually only have one blend), so you’ll have plenty of options to choose from.

Plus, if you stop by on Friday, you’ll also notice that the store is giving away other freebies — fresh-baked goodies like croissants, cinnamon rolls, and more. Keep your eye out for Wawa employees carrying trays full of them. 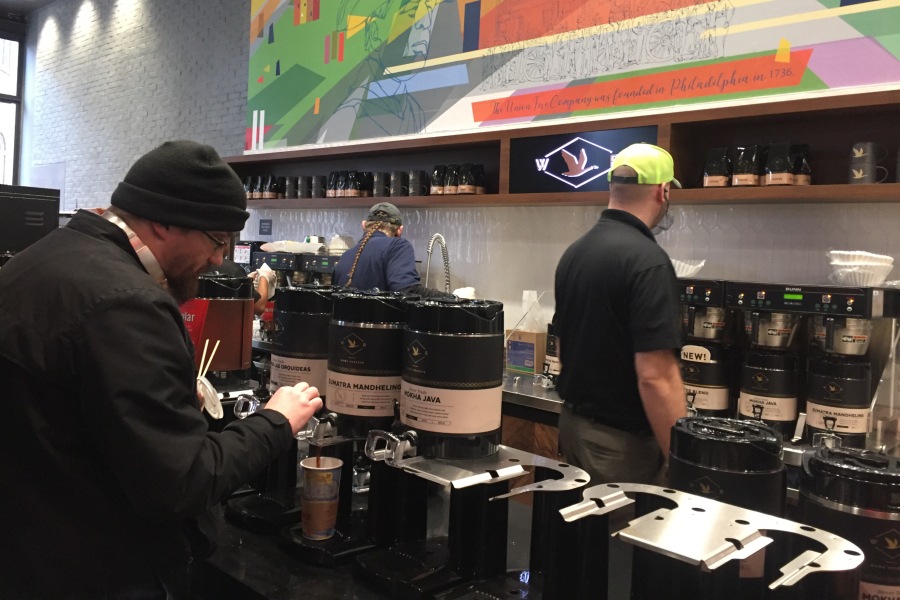 This is the fifth location Wawa has opened in Philly this year, but it’s by far the best ever. There’s a lot of fancy new stuff inside, like interesting beverages on tap (including something Wawa coffee guru Michael McLaughlin called “Gatorade for Vermont farmers“), two giant Mural Arts Philadelphia murals, specially designed cups, apparel stands, live greenery, a “Molten Lava Liberty Latte” served only at this location (it’s basically Wawa’s signature latte steamed with hot chocolate), and more. We’ve got the full scoop on the new location here.

So, yeah, we get why people are excited — check out their photos below.

The Drexel student who wore his best Marvel pajama pants to the new @Wawa flagship store opening promised he was gonna be the first person to order a Gobbler and by God, he’s done it. At 8:08 a.m. pic.twitter.com/0uFKxOeK3C

Philly could get voter turnout up to like 100% if they gave away free Gobblers at polling stations. Just sayin

You are what you eat & I wish I was you

There was no Gritty but there was the Wawa Goose, a giant hoagie, and Swoop The Eagle pic.twitter.com/WCPGoPG6e9

WAWA OPENS! The first customers are making their way into the largest-ever Wawa on 6th and Chestnut Streets for the first time this morning! #FOX29GoodDay