Make up your mind, Philly: Are we chill with Kendall Jenner or nah? 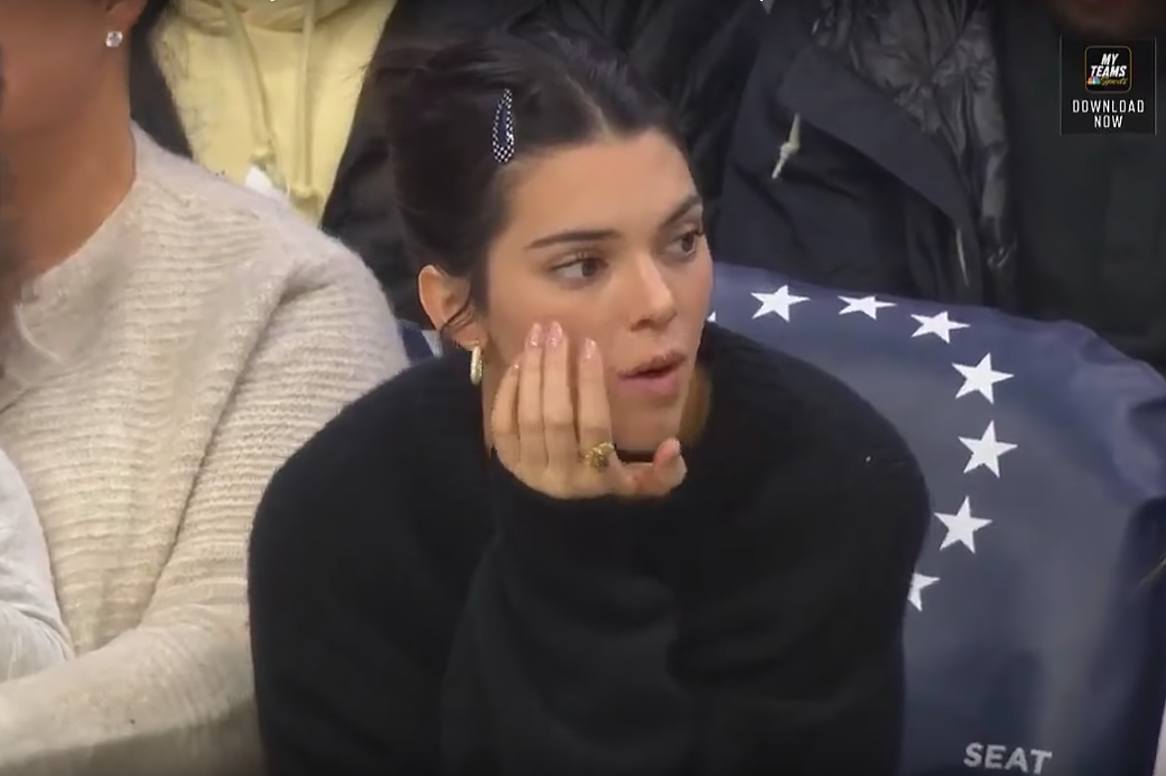 Kendall Jenner at the Sixers’ game against the Cleveland Cavaliers this past Friday sparked yet another Kendall Jenner Sixers petition. | NBA footage

On Monday morning, we told you that a petition to ban Kendall Jenner from all 76ers home games had garnered more than 6,700 signatures. Twenty-four hours later, we’re here to report that as of noon on Tuesday, the list had grown to more than 9,200 names. And not only that: It’s spurred another petition.

To quickly recap Monday’s story: A Sixers fan by the name of Aiden Powers started a change.org petition to ban the supermodel from the Wells Fargo Center after the supermodel showed up courtside to support (likely) boyfriend/Australian NBA star Ben Simmons this past Friday. But unfortunately, the evening saw the Sixers suffer an embarrassing loss to the despicable Cleveland Cavaliers. Powers and other fans blamed Jenner for the defeat, fueled by frustration over the fact that the game cost the Sixers their perfect home record.

“We as Sixers fans cannot sit idly by and let Kendall Jenner ruin what could be a truly special Sixers season by her attendance at Sixers games,” the petition to ban Jenner reads. “We must take action. We must see that the Sixers and the Wells Fargo Center ban Jenner.”

The petition grew surprisingly popular, but some people simply weren’t on board — because while the push might be a little funny and/or ironic, it could also be read as a piece of sexist garbage. Thus, enter Kendall Jenner petition number two, which calls on Jenner to attend every Sixers game despite the “Negadelphia forces.”

“Some Philadelphia fans started a petition, based only on the results of a post-Thanksgiving trap game against the miserable Cavs, to have Kendall Jenner banned from the Wells Fargo Center,” the second petition reads. “This is classic Philly fan reactionary nonsense.”

Sure, this one is a lot less popular (it had only 150 signatures as of noon on Tuesday), but the petitioner has a point. Because let’s be real: this shit wouldn’t fly in LA or New York. There, no one would really care that Kendall Jenner attended an NBA game, because they see more than a few A-list celebrities out and about quite often. No matter how much we don’t want to admit it (and trust me, I’m not a KUWTK fan), it’s sort of a big deal that Jenner came to the Wells Fargo Center on Friday. So of course we’re calling attention to it — but maybe we should all just relax and, you know, play it cool.

After all, as the second petition claims, we can see Jenner and Simmons’ relationship as a positive thing. It points out that, “According to TMZ Sports, Ben and Kendall got back together on November 3rd. Since then, the Sixers are 9-4 and are now 1.5 games out of 2nd place in the East. The numbers simply aren’t bearing out a Kardashian curse.”

Plus, the Sixers came back and won their game against the Brooklyn Nets this past Sunday, after Jenner and Simmons enjoyed a quiet little meal at Parc. And then, to celebrate perhaps, the duo supposedly took a stroll around the Christmas Village in LOVE Park on Monday, as captured by this Twitter user.

All of this could be good for us, according to the second petition.

“Given more time in our city, she’ll soon be spotted at Dalessandro’s mowing down on a steak or Reading Terminal Market crushing a a roast pork sandwich at DiNic’s (w/ sharp prov),” it reads.

“Are we really prepared to give that up based on such a small sample size?,” it continues, referring to the first petition.

So what do we think, Philly? Can Kendall Jenner hang?