And because Philly fans are ruthless, it's gotten more than 6,700 signatures. 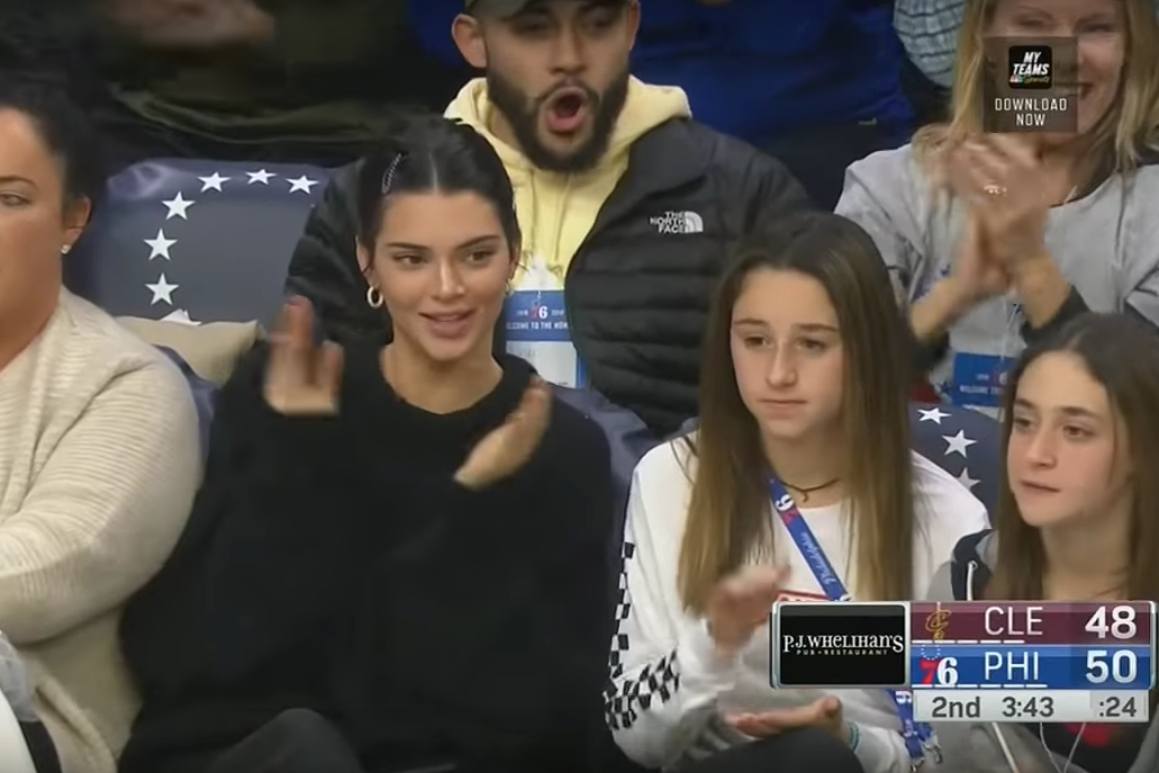 The Kendall Jenner petition is aimed at banning her from Sixers’ home games. Photo from the Sixers’ game against the Cavaliers on Friday. | NBA footage

Parked court-side at the Wells Fargo Center on Friday was none other than Kendall Jenner, sporting a casual, fuzzy black sweater. At first, people were kind of excited. A celebrity! Among us! In Philadelphia! Dating Ben Simmons, maybe!

Then it happened. Simmons and the rest of the Sixers suffered an embarrassing defeat to the shameful Cleveland Cavaliers, and the team lost its perfect home record.

“We as Sixers fans cannot sit idly by and let Kendall Jenner ruin what could be a truly special Sixers season by her attendance at Sixers games,” the petition reads. “We must take action. We must see that the Sixers and the Wells Fargo Center ban Jenner.”

Believe it or not, roughly 6,700 people had signed it as of 10 a.m. Monday. Sixers fans are bashing Jenner just like Cowboys fans attacked Jessica Simpson when she showed up at a few disappointing games to cheer for former boyfriend Tony Romo.

In reality, these are grown-ass men, and if they lose their games, there’s no one to blame but them. (Or, maybe, as Simmons said, Thanksgiving food.) But because this is Philadelphia, and our sports fans can be disturbingly ruthless, they’re taking it a step further.

“At this point, Jenner is not only damaging the future of this franchise but the livelihood of innocent men as well,” the petition continues. “It is disgusting behavior on her part.”

“If the Jenner/Kardashian family has any shred of decency left, Kendall will never again show her face at the Wells Fargo Center,” it continues. “The absence of Jenner would return the home court advantage the Sixers have garnered since March of last year.”

So there you have it, Philly.