We headed down to South 2nd Street to get some details. 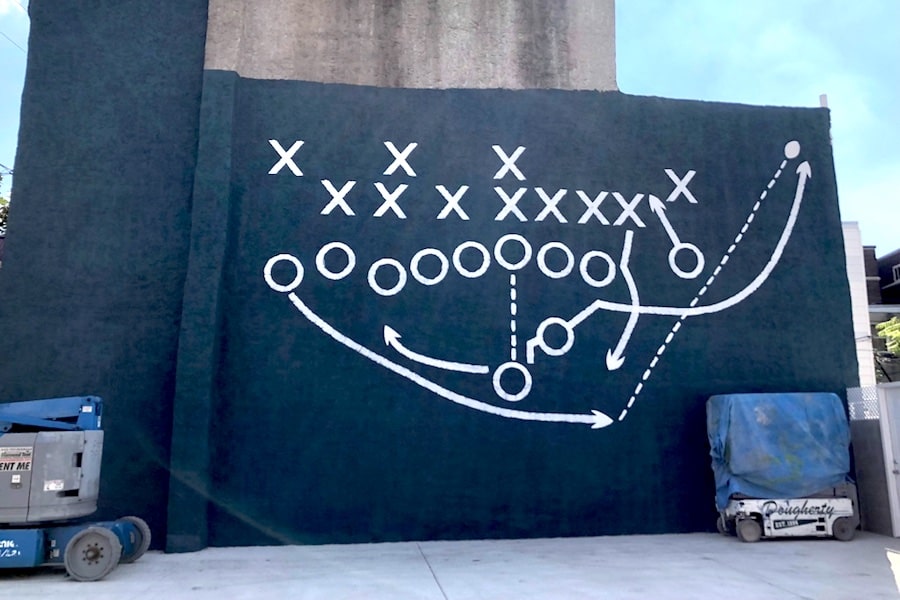 With the Eagles prepping for their home opener on Thursday, Philly is excited. Really excited. And one guy is so excited that he commissioned a Philly Special mural on his South Philly home.

For those of you who somehow missed the Super Bowl earlier this year, the Philly Special is the play-gone-viral pulled off by Nick Foles and the Eagles in the Super Bowl. We first heard about this Philly Special mural on Wednesday morning and promptly set out to South Philly to learn more.

The mural is down at 2nd and Sigel streets, about halfway between Tasker and Snyder and a block west of the South Philly Target. When we went down there earlier today, a man who said he owned the building and the lot simply introduced himself as “Stosh.” (He wouldn’t give us his full name.)

“The news always goes to Geno’s or the Rocky statue before the game,” Stosh lamented, adding that the Philly Special mural will be completed before game time on Thursday. “I wanted to get them somewhere else.”

There was no artist present when we visited the site, but Stosh, who was in quite a hurry, told us that the artist he hired was Dan Duffy. We assumed that this was the Dan Duffy behind the well-known company Philly Word Art, which has produced some beautiful Eagles pieces in the past. But when reached on Wednesday afternoon, Duffy told us he had nothing to do with the Philly Special mural in South Philly.

So, we’re puzzled. But either way, the Philly Special mural is an awesome tribute to the team. As are the other Eagles murals that have gone up around the city. Check out Billy Penn’s guide to Eagles murals in Philadelphia.

With reporting by Rachel Spurlock.