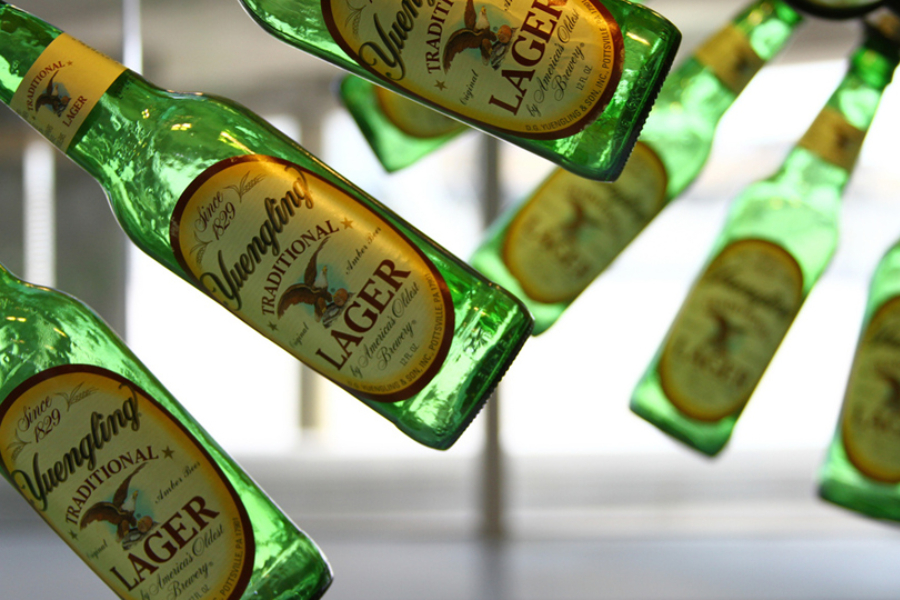 Yuengling Lager just made a list of top 25 best-selling beers in the U.S. | Photo by Flickr user Chris Waits

Last year, we told you Yuengling was considered one of the top 50 craft breweries of 2016.

This year, Yuengling ranked among the big league, too: America’s oldest brewing company in Pottsville just ranked among the top 25 best-selling beers in the U.S. And this isn’t just craft breweries — this is all breweries.

D.G. Yuengling and Son’s Yuengling Lager came in at number 18 on the list.

According to media company VinePair, Yuengling shipped 2.2 million barrels of its lager in 2017. Sadly, that’s down almost one percent since 2016. (Maybe the boycott following Dick Yuengling’s choice to proclaim support for Trump is to blame?) Overall, the beer comprises about 1 percent of the total market share.

The number one best-selling beer was Bud Light, with 33.1 million barrels shipped in 2017 and a market share of 15.4 percent. Here in Philly, that’s no wonder: The organization clearly employs a marketing genius — and that’s whoever came up with the idea to sell 20,418 special-edition, Super Bowl-themed “Philly Philly” packs. Philadelphians went on a wild scavenger hunt to buy the packs (the company didn’t release a list of places where Eagles fans could find them), and now that they’ve all but sold out, they’re going for triple the original price on eBay. Someone even paid $300 for one of them.

Pabst Blue Ribbon, another Philly favorite, ranked 16th, with 2.5 million barrels sold and a market share of 1.2 percent. If your favorite beer is Guinness, better luck next time: Ireland’s beer just missed the cutoff, with 1.1 million of barrels sold in 2017.

In case you needed any proof that big beer is a lucrative industry, businesses totaled more than $350 billion in 2016, according to figures compiled by the Beer Institute and National Beer Wholesalers Association.

To compile its report, VinePair analyzed domestic shipping volume data from Beer Marketer’s Insights via 247WallSt.com. And unfortunately, not everyone is happy with the list.

Dear America,
Again in 2018, you had terrible taste in beer.
Love,#VT

Man, people are drinking a lot of crappy beer. –> The Best-Selling Beers In America (2018) – VinePair https://t.co/xoOBebpMGf