The beloved Eagle played the saxophone as a member of Avalon String Band in Manayunk on Sunday. 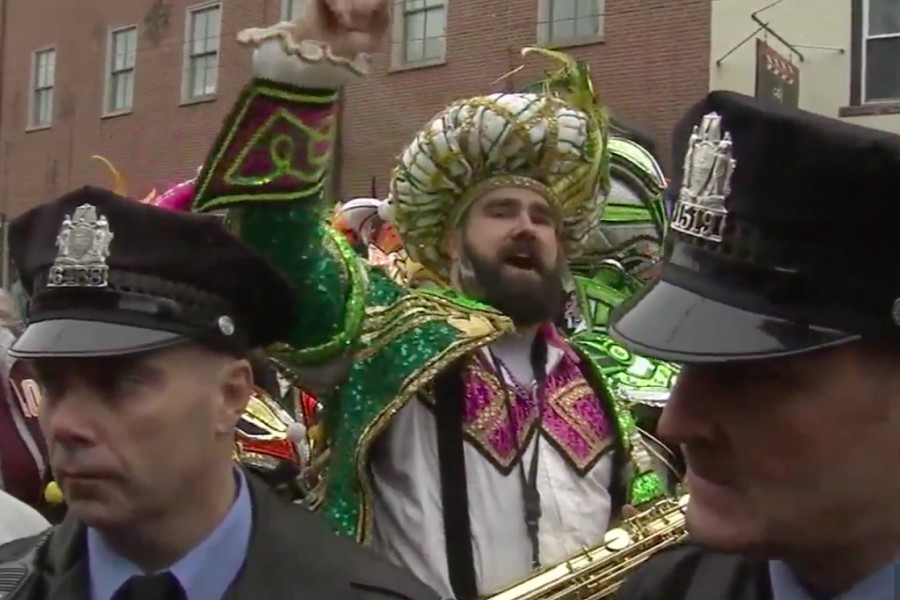 If you missed Jason Kelce’s debut Mummers march on Sunday, don’t worry: You can catch it here.

The Super Bowl champion lineman became an official member of Avalon String Band after his unforgettable victory speech earlier this month. He played saxophone with the group — in full regalia, of course — during the annual Mardi Gras parade in Manayunk this past weekend.

We’ve rounded up some of the best footage.

Jason Kelce. On sax. With the Mummers. Playing the theme from Rocky. The quintessential Philly moment! pic.twitter.com/uRuMhVKAVj

Playing in a #Mummers string band involves just as much #teamwork as playing for @eagles in #superbowl2018. Always the #TeamPlayer, @JasonKelce plays #saxophone for @AvalonStringBnd in @MummerMardiGras in #manayunk. Extra @PhillyPolice ensured his wish to just be in band. pic.twitter.com/pm3ADg0BnQ