Jason Kelce to March With Mummers This Weekend In Manayunk

The Eagles center (and saxman extraordinaire) is now a card-carrying member of Avalon String Band. 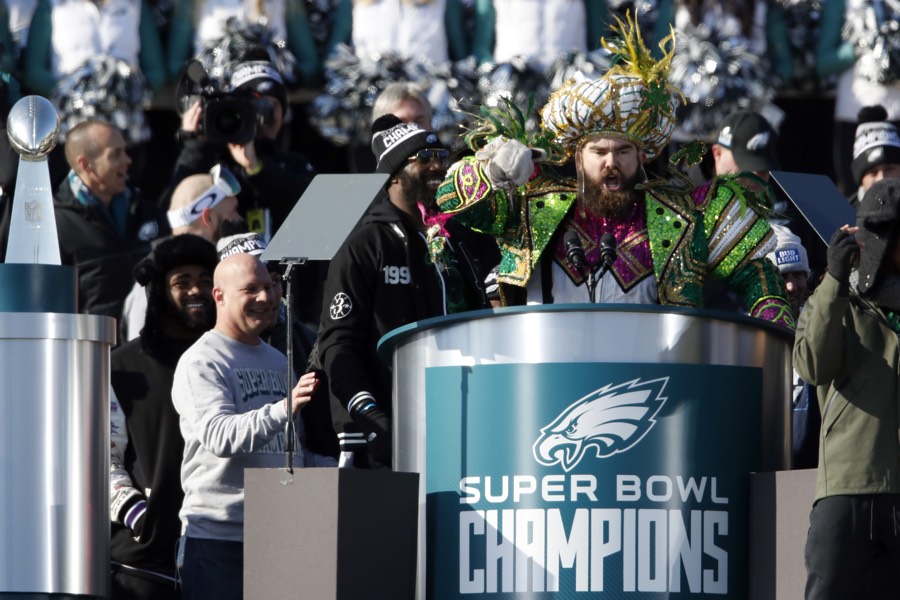 If you thought All-Pro Eagles center Jason Kelce was simply entertaining the masses when he donned a Mummers suit for the team’s victory lap up Broad Street, you’re sorely mistaken.

What made Kelce’s epic tirade atop the Rocky Steps so memorable? Its authenticity, of course! You’d be hard-pressed to find anyone more genuine in Philly these days than the Super Bowl champion lineman.

Truly committed to the Mum life, Kelce has reportedly become an official dues-paying member of Avalon String Band and plans to march with the group in this Sunday’s annual Mardi Gras parade in Manayunk. Sixteen string bands are slated to perform in full costume along Main Street, and you can expect Kelce will play a few notes himself.

“He was so touched when we gave him a suit that he wanted to join (the club). He filled out an application and all,” Avalon member Bobby Coyle told Philly.com.

As a teen, Kelce played saxophone in his Ohio high school’s jazz band, and he recently dusted off his horn to jam with some local kids from Central High and his old ensemble.

Avalon is slotted at number 13 of the 16 bands to strut this weekend, but members of the group hope fans will treat Kelce like any other Mummer.

“Want to take a picture with him? Fine. But don’t bring things for him to sign. He’s taking this very seriously,” Coyle said.