PHOTOS: Philly Is Extremely Hype for the Eagles Parade

The Wawa lines are out the door – and the Art Museum area is already packed. 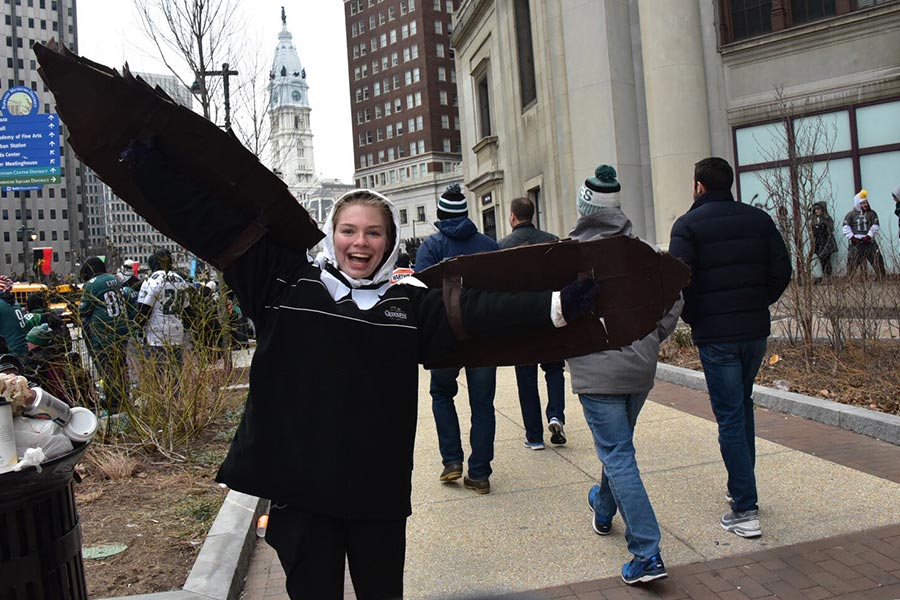 Eagles fans from all over the region, in their finest greens, are descending upon Philadelphia. This is the moment we’ve all been waiting for.

If you’re still figuring out plans for the parade, we have a handy survival guide right here. Otherwise, let’s just take a moment to reflect on how ridiculously excited the city is right now. (Because moments of mass euphoria are somewhat rare in life.)

I think my Uncle Tracy deserves a spot in the parade @Eagles @PhiladelphiaGov @PhillyMayor #Champions pic.twitter.com/5kG7FmuVj0

im not saying im an eagles fan, but there will be free bud light, free shake shack ice cream, and a high likelihood of seeing people get tased at the parade thursday so SIGN ME UP

Not even gonna try. But I do need coffee. (at @Wawa in Philadelphia, PA w/ @dancehitradio) https://t.co/SqR8PeH1Lk pic.twitter.com/Uv4BOIfMUR

#Philly will be crazy on Thurs. over 3 million people, 4hr parade, free ice cream and Budweiser will have 25 stands giving out free beer. #EaglesParade #SuperBowl52 #PhillyFansGoneWild

Best seat in the house For the general public #Eagles parade pic.twitter.com/dcWbVaWFVE

Wow! Just interviewed a woman who flew in from Hawaii to be at the #EaglesParade. Two planes – 13+ hours & she made it. Drexel Hill native. We ❤️Passionate Philly sports fans! @FOX29philly

Man just fainted at Patco station (he is fine now)… First thing out of anybody's mouth was "GET HIM A BEER!" #FlyEaglesFly #EaglesParade #beer

They’re replaying the Super Bowl on the parkway – crowd is so loud you’d think the game was live #Eaglesparade #eagles pic.twitter.com/yqD8g4wggE

There’s only one way for the #EaglesParade to end pic.twitter.com/CNYUQUY0f7

@Radio1045 this is the line outside of @Wawa at 21st and Hamilton near Art Museum! #EaglesParade pic.twitter.com/REpApKJQtG