That's one hour per egg. 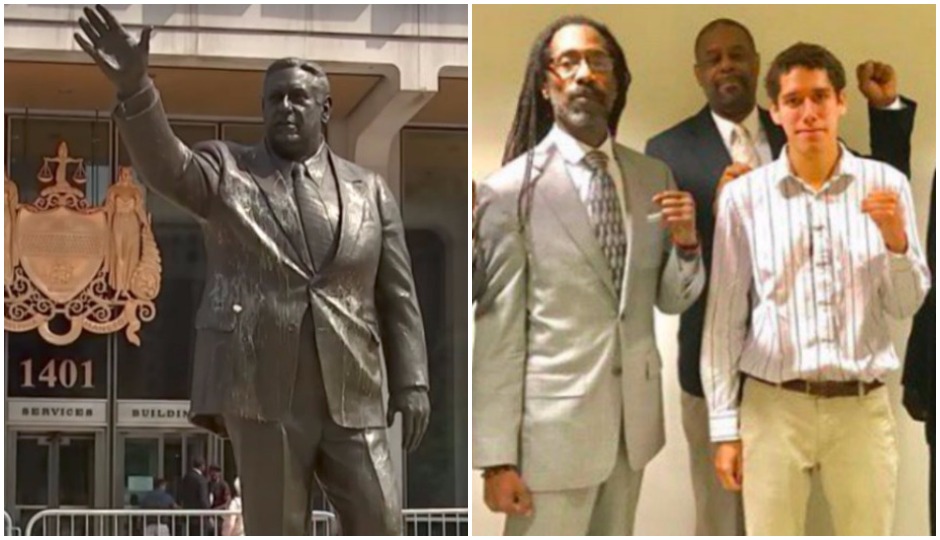 Remember the guy who hurled four eggs at the Rizzo statue in August? We sure do.

In case you need a refresher, here’s a video of 26-year-old Brandon Templin, of Maplewood, New Jersey, chucking an egg at the statue and attempting to bound away from police.

Man throws eggs at Frank Rizzo statue near City Hall and runs off. Was just chased down and arrested by police. @6abc pic.twitter.com/cqOooeVgnw

Templin was arrested near the yolk-soaked Rizzo statue shortly after the incident and charged with disorderly conduct. On Tuesday, a judge agreed to drop those charges if Templin serves just four hours of community service, per Michael Coard, Templin’s pro bono attorney. (That’s one hour of community service per egg.)

“Often when people hear community service, they think the person was found guilty,” Coard said. “This is, basically, if you do some good for the community to compensate the bad, we’ll make this all go away.”

Coard said he and five other attorneys argued that Templin’s actions had a “no harm, no foul” nature, and that the 26-year-old did not leave the statue with a physically offensive condition, nor did he damage or tamper with the property.

“It was four damn eggs,” Coard said. “It rained the next day, and the eggs washed away.”

Temple is set to volunteer with Food Not Bombs, an all-volunteer global movement that shares free vegan meals with communities in need.

“Brendan Templin is going to spend four hours feeding the homeless in the name of ending police brutality,” Coard said. “It’s a slam dunk for all of us.”

Coard’s also representing 40-year-old Wali Rahman, the activist and 2011 mayoral candidate accused of tagging the Rizzo statue with “Black Power” one day after Templin egged it.

Rahman faces more serious charges: criminal mischief, possession of an instrument of crime, institutional vandalism and intentional desecration of a public monument. He awaits a hearing on November 29th.

Coard says he and a team of about 10 other pro-bono lawyers “have an even more novel, but confidential, defense” of Rahman.

Both the egg-throwing and spray paint incidents came shortly after the white nationalist rally in Charlottesville, during a contentious week for the statue of Rizzo, Philly’s most famous (and infamous) cop and former mayor.

Several weeks after Rahman was arrested, Monument Lab installed an eight-feet-tall, 800-pound Black power pick near the statue. The future of the Rizzo statue, like that of many monuments around the country right now, remains uncertain – the city put out a call for ideas in August (some of which were really, really quite something).