Police took a suspect into custody on Friday morning. 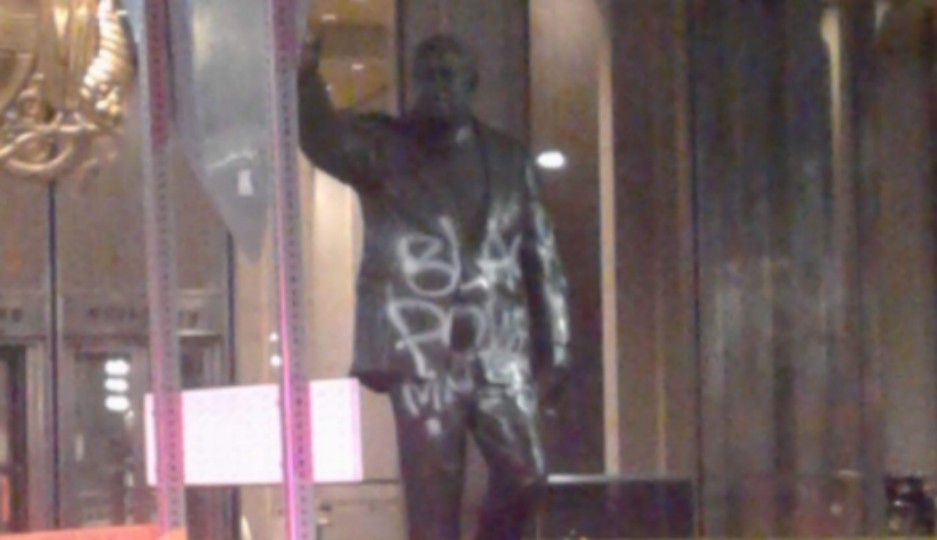 Police took a suspect into custody around 6 a.m. Friday. Philly.com reports that the suspect, a 40-year-old man from Germantown, is expected to be charged with criminal mischief, institutional vandalism and possession of an instrument of crime. His identity has not yet been revealed.

Video of the incident, which officers say occurred around 11 p.m., has surfaced on Twitter.

Here you go @6abc @briantaff6abc (No, I did not film this..it was already posted on social media. smh) pic.twitter.com/S0MgmlsoK2

In the footage, the statue appears unguarded by police. The city erected a fence around the monument on Wednesday, two days after Councilwoman Helen Gym and others renewed a push to remove the sculpture of the former mayor and police commissioner, who has drawn controversy over the years for his brutish tendencies and tough law enforcement policies, which many say led to an over-policing of people of color, among other things.

On Wednesday morning, the statue was egged. Hours later, dozens of police stood by as activists called for its removal during a rally against white supremacy.

6ABC reports that it took cleaning crews about 10 minutes to remove the vandalism this morning. The fence around the monument has reportedly been taken down.

After violence ensued last weekend when white supremacists and neo-Nazis fought to preserve a Confederate statue in Charlottesville, Va., officials around the country have announced plans to remove controversial monuments.

The Rizzo statue is the most contentious in Philly, and many who laud the former mayor are fighting to keep it outside the Municipal Building, just across from City Hall.

The city said earlier this week that “now is the time” to discuss the statue’s future.