Owens: They might control Congress and the White House, but they don't need to have power here. 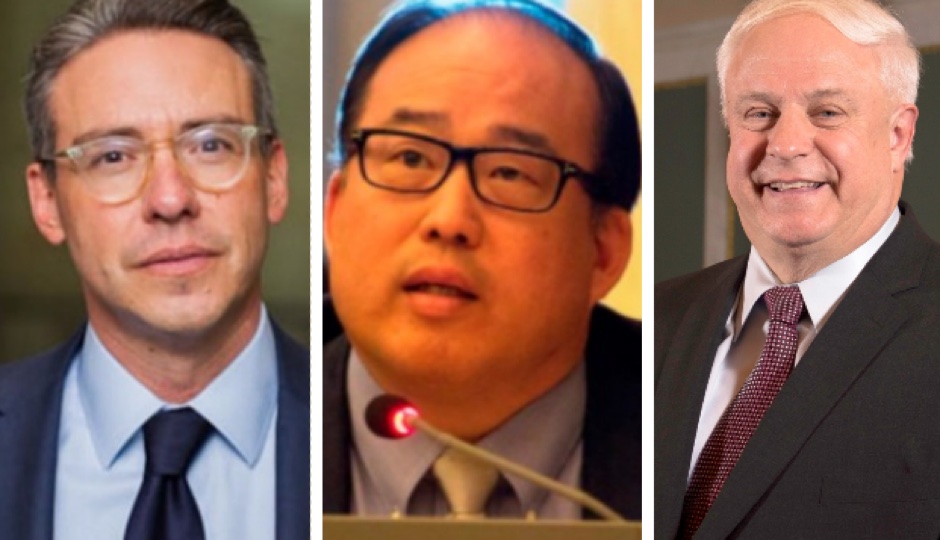 In the past year, I’ve become less and less impressed with both major political parties. I was never a Republican: I’m too black, too gay, and don’t own enough property to feel as though those less fortunate are taking something from me. But I’m also not exactly proud to say I’m a Democrat: Being forced to be loyal to a party that has used fear-mongering tactics to keep blacks like me voting for them—while never, ever following through on promises to disrupt the status quo—is getting tired. Republicans can’t acknowledge their party’s aggressive nationalism, while Democrats can’t produce a salient message other than “we’re not as bad as the other guys.”

On a local level, both parties flat-out suck. Democrats, although in control, have been tied to more corruption scandals than I can even count. In fact, they’ve made a better case for voting against them than any Republican could: In the past 10 years, law enforcement officials have taken down state representatives, a district attorney and a longtime congressman. Republicans, meanwhile, are so weak that they can’t seize the opportunity at hand and steal votes from the ethically challenged Democrats. As a consequence, City Hall has not gotten serious about tackling citywide poverty, unemployment, criminal justice and education. We are consistently ranked as the poorest big city in America.

I’m tired of the faulty two-party system and even more fed up with Democrats invoking Donald Trump as a reason to anxiety-vote for them. Every other day, they send melodramatic e-mails only stating the need to “defeat Trump”—and never actually speaking about how to address the public’s needs in their own districts. To be black in America is to know that, pre- and post-Trump, both political parties will not center your community’s concerns because you don’t hold the capital needed to fuel their machines. My black vote has been taken for granted and isn’t owed to either party. Sadly, during national elections, I have no other choice than to vote Democrat because a lesser-of-the-two-evils logic resonates more than pleas to waste it on an independent candidate. Fortunately, it looks we might soon have more choices locally.

Earlier this month, news broke that registered independents and third-party voters now outnumber Republicans in Philly for the first time ever. Over the past 20 years, these voters have grown by 123 percent in city: They currently make up 117,215 voters, in comparison with the 117,000 Republicans and 796,514 Democrats. There are several conclusions that can be made from these figures, but there is only one I care about: Republicans can get booted out of City Hall for good, leading to a much-needed political disruption across the board.

Local Republicans are not as strong a minority party as they once were. They currently occupy the two minority City Council at-large seats and a minority City Commissioner spot by default—these positions are open to any candidate who isn’t a Democrat—but they haven’t really done much to shake things up. There’s enough people power now to elect independent candidates to these minority seats instead, but it’s going to require real strategy and money. The ideal threat would either be a cash-on-deck candidate such as Allan Domb or a super PAC-funded favorite like Larry Krasner. In a nutshell, the independent candidate is going to need to have big dollars of their own or a group willing to raise them.

In 2015, former Michael Nutter aide Andrew Stober ran for an at-large seat as an independent and lost by about 18,000 votes. He was able to secure major union endorsements and raise a great deal of money along the way. I would argue that if a Stober-like independent would run today with a stronger PAC behind them, we would have one less Republican on City Council. Brian O’Neill is currently the only elected Republican in City Council who isn’t in a minority-reserved seat. If the two set-aside at-large positions were taken by independents, he would be a lone GOP councilman with virtually no power as his job as minority leader would likely be stripped from him.

Even though I’m a registered Democrat, I voted for Stober in 2015 because I didn’t find his platform antagonistic to my views. Currently, most independent and third-party voters swing more to the left than to the right in Philly. I will no longer vote straight down the ticket in City Council elections if there’s a progressive, independent candidate who is more worthy of the job. I believe they do exist—and they deserve a seat at a table that many Republicans and Democrats have taken for granted.