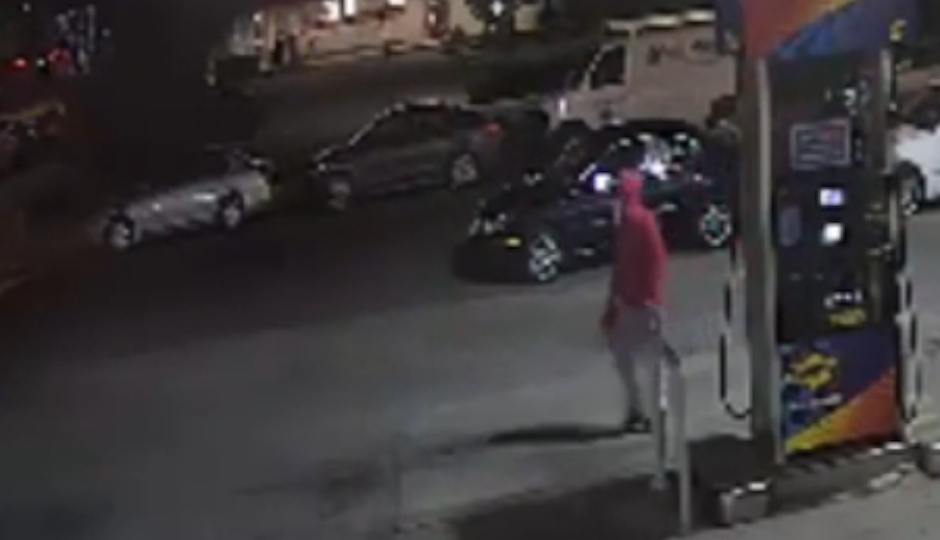 The South Philadelphia arson suspect walks through the Sunoco gas station at 18th and Oregon.

The Philadelphia Police Department is asking for the public’s help to identify a man wanted for arson in South Philadelphia. 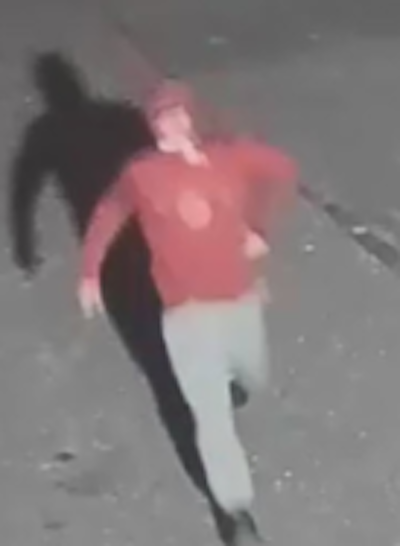 Police say that the man seen in these admittedly lousy surveillance photos is responsible for setting two cars on fire on Monday, March 13th around 2 a.m.

And then two cars were set ablaze. The suspect can be seen throwing the gas can onto a nearby roof.

The two cars damaged by the arsonist were a Nissan and a Lincoln, and it appears the main target was the Nissan. The fire spread from that car to the adjacent Lincoln.

Police don’t have much to go on at this point. They describe the suspect only as a man in a red hooded sweatshirt, light-colored pants, and dark shoes. No race or estimated age.