Philly Is Going Through a Seafood Revival

We are, without a doubt, in the midst of a seafood renaissance. Here are five ways to make the most of it. 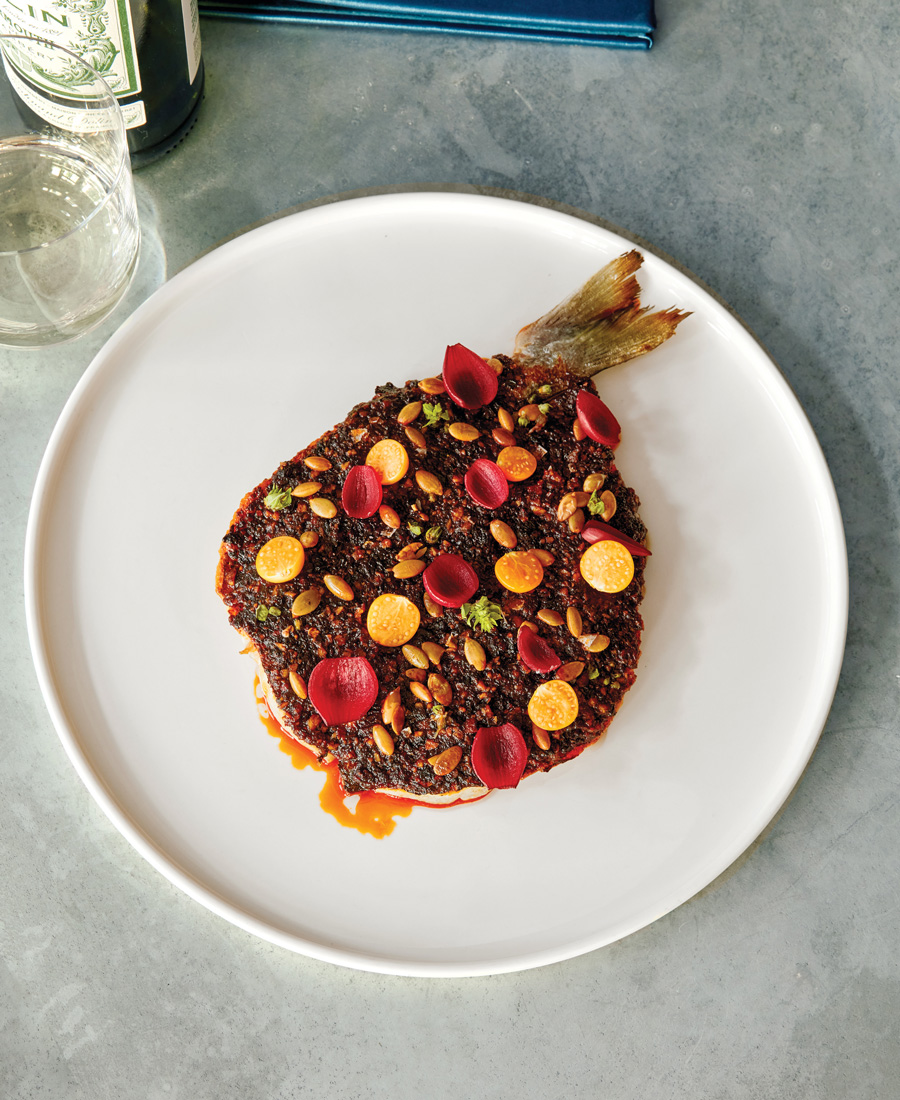 We are, without a doubt, in the midst of a seafood renaissance. Here are five ways to make the most of the moment.

“The more tannic the wine, the more it will overwhelm most seafood. You want a wine that’s bright and fresh. Thorne & Daughters Copper Pot Pinot Noir is nuanced — ripe cherries, strawberries and red plums, with slight herbal savoriness and a touch of turned earth. Pair it with seared tuna, grilled swordfish and halibut.” — Jordan Fuller, regional sales manager for Vine Street Imports 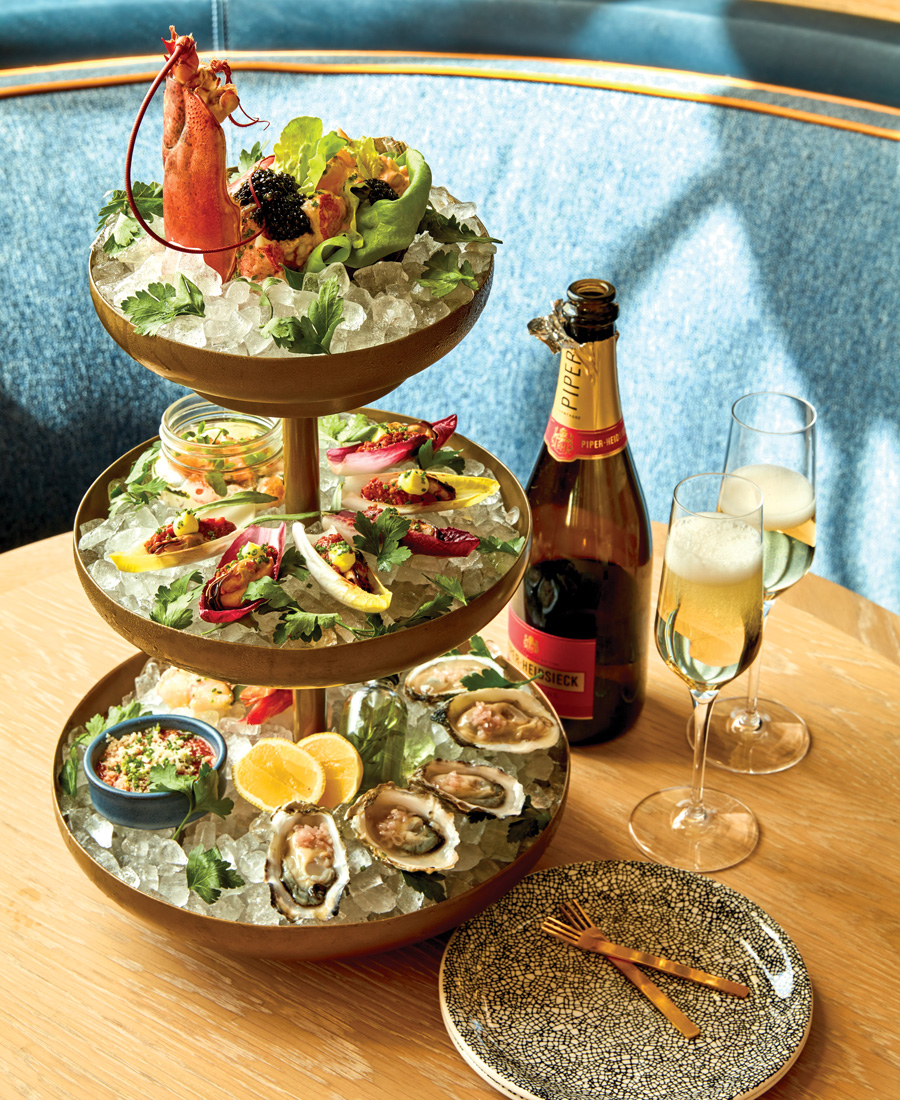 Philly is teeming with raw-bar spires of late. They’re overflowing with sea creatures all cheffed up and primped at your behest, and this masterpiece from the Wayward in Midtown Village is one of the best. (Or, at the very least, one of the most Instagrammable.) 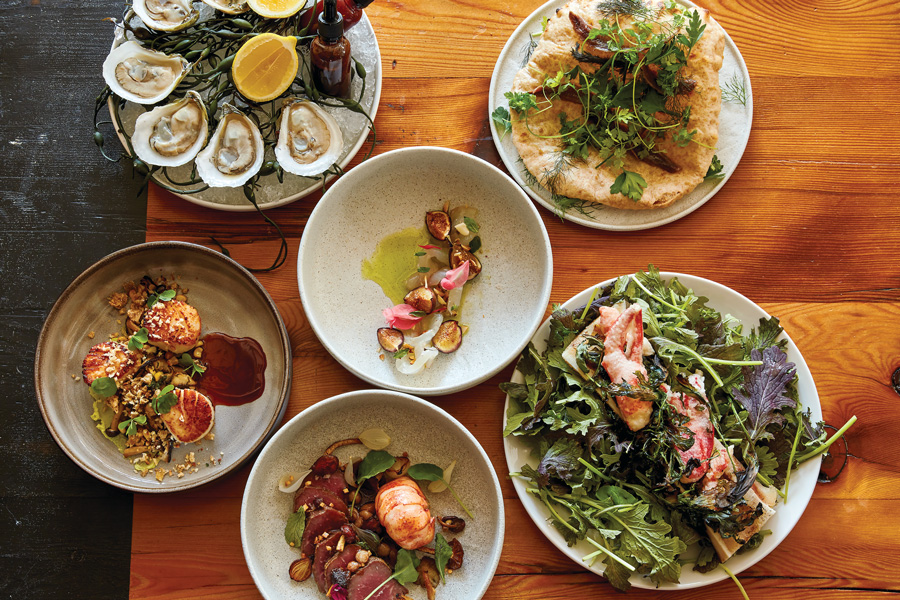 Plates from the new seafood menu at Kensington Quarters. Photograph by Jason Varney

3. Dine at these newish seafood spots

From grand seafood halls to Cajun-style boil shops, these restaurants are bringing seafood back to Philadelphia.

Kensington Quarters
KQ has changed a lot since it opened in 2014, but no change has been more drastic than the one owners Michael and Jeniphur Pasquarello pulled off this summer when they reopened as a restaurant serving “coastal cuisine.” Through everything, they’ve managed to keep the soul of the place by focusing on high-quality locally sourced ingredients and creative presentations. Cases in point: the skate wing schnitzel, which is served with dill dumplings, and the carrot and uni, an unexpected combination that, like their latest reinvention, somehow just works. 1310 Frankford Avenue, Fishtown.

Philadelphia Used to Be a Seafood Town. What Happened?

Mari BYOB
The menu here is inspired by the flavors of Sicily, which means lots of pasta, tomato and garlic. It’s a comforting, warming approach to seafood that feels just as appropriate in the dead of winter as it would on the sweltering coast of an Italian island. Dishes rotate regularly, but don’t miss the octopus bucatini, which is the perfect balance of spicy and sweet, with a hefty hit of fresh-from-the-ocean flavor. 795 South 3rd Street, Queen Village.

Vernick Fish
When Greg Vernick opened Vernick Fish, a sparkling restaurant on the ground floor of the Four Seasons Hotel Philadelphia, it gave us hope that this city was ready to break away from raw oysters and shrimp cocktail to experiment with hamachi collars, smoked rillettes, whole fried sardines, and more outside-the-basics cuts and preparations. It turns out we weren’t just waiting for a place like Vernick Fish; we were yearning for it. 1 North 19th Street, Center City.

Jules@Market
At this “ocean to table” restaurant just a stone’s throw from the Bristol Wharf along the Delaware River, chefs Julia Marie and Robert Williams know how to get out of their own way, blackening red drum fillets and searing their octopus without, you know, creating any cheffy distractions. It’s classic, elegant seasonal cooking, just as the Seafood Gods intended. 111 Market Street, Bristol.

The Shake Seafood
In 2019, we saw so, so many seafood boil shops open in and around Philly — which is thrilling, really, because super-spicy crawfish and king crab legs doused in garlic butter and sold by the pound are always welcome here. (Also a plus: In pandemic times, when everything is takeout and delivery, boiled seafood holds up in transit.) And the Shake in Rhawnhurst? It’s one of the few that consistently nails the mix. 2141 Cottman Avenue, Northeast Philly. 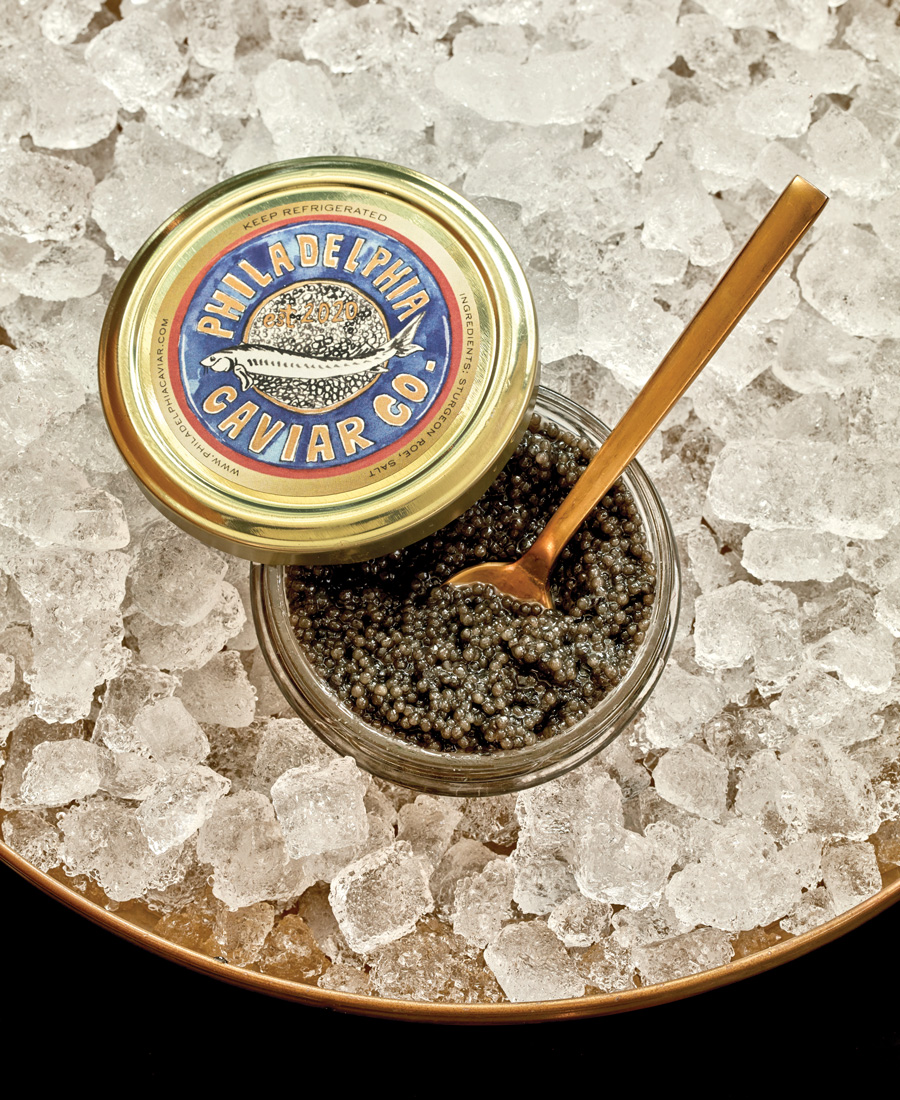 When our restaurants closed, these local purveyors opened up sales to regular cooks.

Small World Seafood
Robert Amar sells hundreds of pounds of seafood a week to hungry citizens of Fairmount and Center City through a simple Google sign-up sheet that outlines the quality and sourcing of his constantly evolving offerings. Customers pick up their orders, which might include anything from a two-pound bag of salmon fillets to wild frozen Jonah crab claws or a couple of skate wings, in one of seven locations on Thursdays or Fridays. Smallworldseafood.com.

Fishadelphia
If you’re interested in locally caught seafood, consider subscribing to Fishadelphia’s Community Seafood Club. It operates like your typical farm CSA — for as little as $22 a week, you’ll receive a customized-to-your-needs amount of super-fresh fish and shellfish, to be picked up at one of several spots in the city. Fishadelphia.com. 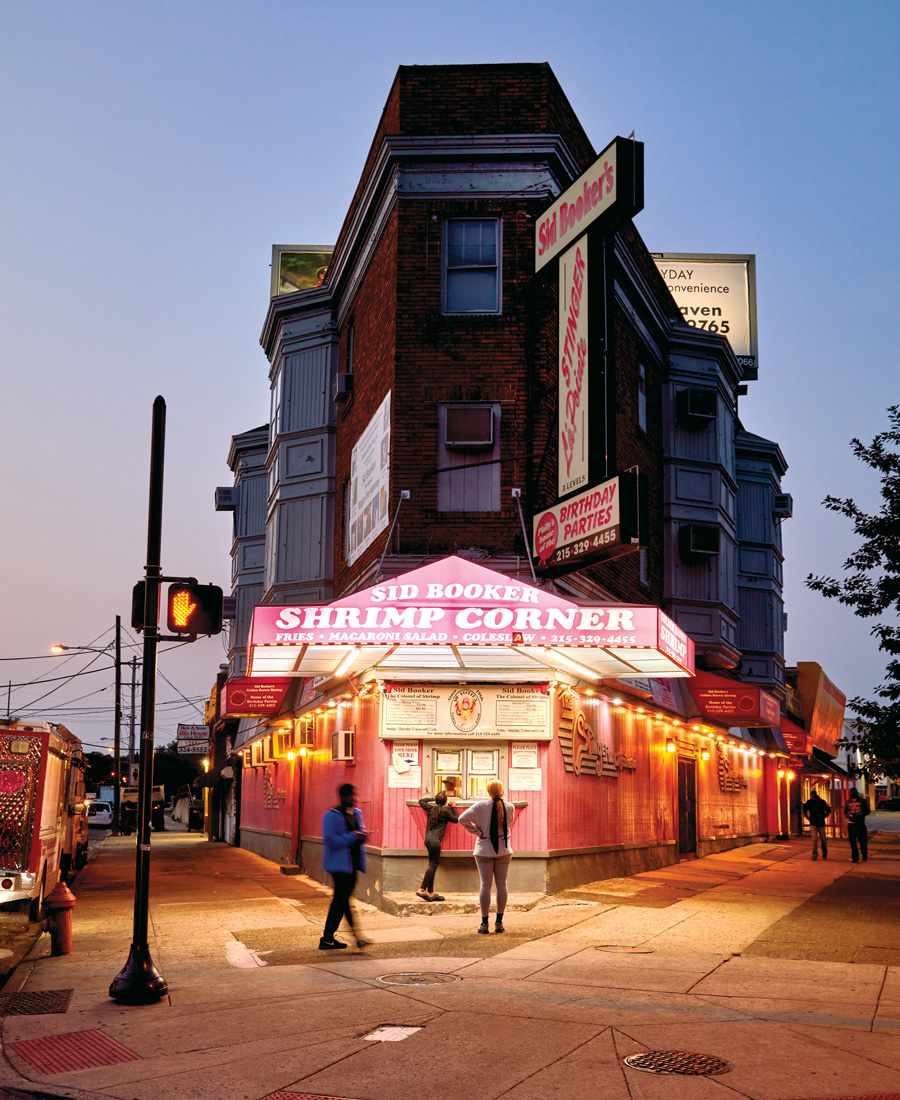 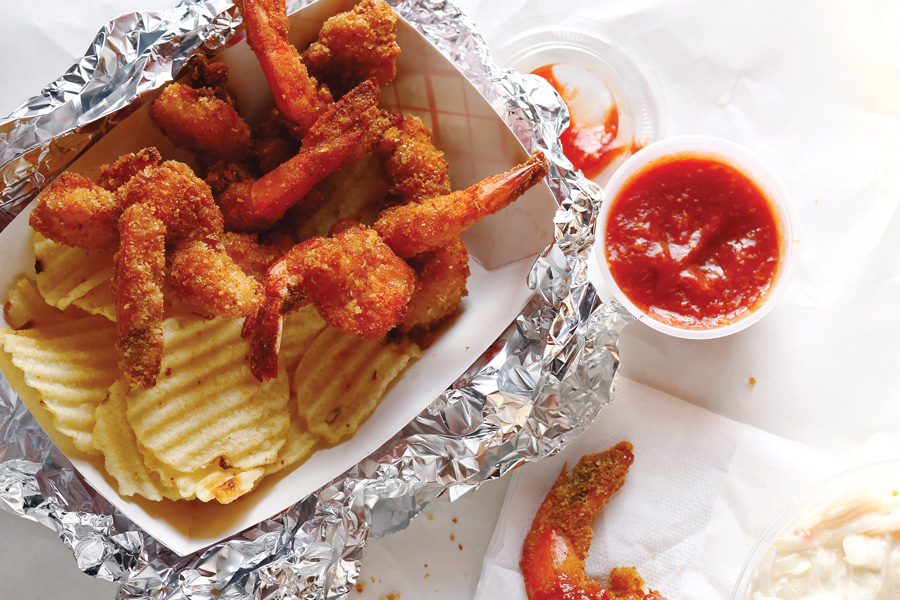 5. Get yourself to Sid Booker’s!

Because right now, the best kind of seafood restaurant is one built for takeout

There’s a reason why Sid Booker’s Shrimp Corner  (4600 North Broad Street) — in business for 54 years and counting — has outlasted so many other seafood specialists in town. They do one thing, and they do that one thing better than anyone. That takes focus. Resolve. A prowess that only comes after so many years of dedicated purpose. And in COVID times, when we’re all too familiar with the disappointment of ordering fried foods for takeout or delivery (they always, inevitably, sog in transit), we can’t help but fall back in love with Sid’s, a bright pink carry-out window filled with professionals who have, against all odds, figured out how to fry their shrimp, all butterflied, seasoned simply with salt and pepper, and nestled into a bed of ruffled potato chips, to crispy excellence — and keep them that way. It’s a pandemic miracle, performed at Sid Booker’s on a daily basis.

Published as “The Great Philly Seafood Revival” in the November 2020 issue of Philadelphia magazine.