Kensington Quarters Is Finally Reopening, This Time as a Seafood Restaurant

Michael and Jeniphur Pasquarello are pivoting their Fishtown restaurant, doing away with its meat-centric identity entirely. 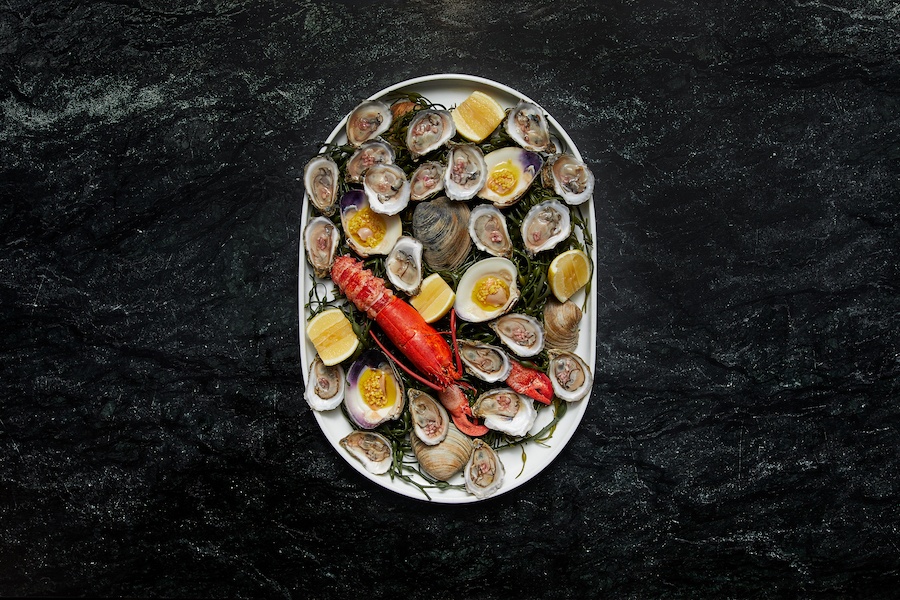 In the restaurant business, there’s a very fine line between adapting your business to keep up with the markets and fast-changing trends and losing your business’s identity through evolution. Kensington Quarters, Michael and Jeniphur Pasquarello’s Fishtown restaurant, has gone through many transformations since it first opened at 1310 Frankford Avenue in 2014.

It first launched as a meat-centric hybrid restaurant/bar/butcher shop/classroom that took sourcing and whole animal butchery as seriously as some of the most locavore restaurants in the country. Its first head butcher, Bryan Mayer, left the business in 2015, and Heather Marold Thomason took his place before leaving in 2016 to start her own butchery, Primal Supply Meats. They rid themselves of the butcher/deli case in the front of the restaurant, and leaned into a more traditional restaurant model. They hired Tim Kweeder to run the wine and beverage program, turning the restaurant into a wine destination that paired nicely with Damon Menapace’s slightly froufrou kitchen talents. When Menapace left (to run Le Virtu), they got Matt Harper, ex of Zahav, to run the kitchen. Harper, who grew up in Arkansas and went to culinary school in the south, gave the restaurant a southern bent, making house-cured country hams and turning out meat-and-threes at lunch. 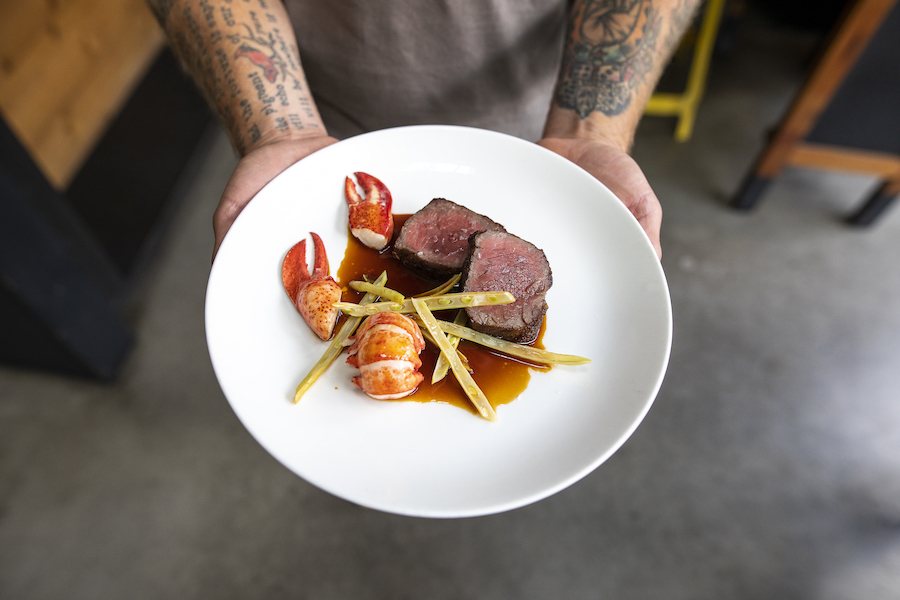 The pandemic forced the Pasquarellos to close their restaurant, but when outdoor dining resumed in Philly, Kensington Quarters stayed closed — despite having a nice twinkly-lit patio right off Frankford Avenue. Their reason, in a statement posted on Instagram in June, went as follows: “With the current restrictions, we do not feel like we can deliver that same experience. We are going to use this time to work on reshaping our food & beverage menu, while making a few cosmetic changes. We have always taken immense pride in our relationships with our region’s farmers, mongers, and producers and look forward to showcasing them again very soon. Please stay tuned for exciting details and dates. It won’t be long before we are hanging outside on the patio.”

This past weekend — two months later, with summer coming to an end — they posted a picture of seaweed onto the ‘gram announcing that they were pivoting to “coastal cuisine” with an emphasis on seafood. Pasquarello says that the pivot was in the works even before COVID. He says they could have kept the patio open, could have kept serving their famous burger, but “when the pandemic hits and everything shuts down, you take a step back and you look at it. And you’re like, Well, let’s just not go halfway. Let’s go all the way. So that’s what we did.”

Essentially, they’re opening an entirely new restaurant. This Kensington Quarters has almost nothing in common with the versions of Kensington Quarters that came before it, except for its commitment to supporting, collaborating, and working with local farmers and purveyors, as it’s done since its inception.

“The first time that people walk through the door again, regardless of if it was three months ago or now, I want Kensington Quarters to be this new thing for them. And I don’t want to continue to confuse our customer base in the neighborhood with what we are anymore — which I had identified as an ongoing issue,” says Michael Pasquarello. “But this is what we are now. This is what we’re doing. And if you want this kind of cuisine, you should come here. We’re hoping that we’ll be put in a pile of really great seafood restaurants in the city, that if people want to eat seafood sourced with the same amount of consideration and commitment to locality and sustainability that Kensington Quarters has always had, they’ll come here.”

“I do think that there is a calling for it, though,” he continues. “I think when you dip toe the water and try to not do it all the way … you know, Philly’s smart. They can smell that.”

With the help of Rohe Creative, they’re changing the look of the inside, borrowing inspiration from the neighborhood’s historic ship building and shad fishing industries. So, teak wood tones, lacquered wood finishes, sailing materials, etc. Tables in the dining room will be turned into pullman booths and a long banquette along the wall. A raw bar featuring a daily selection of oysters, clams, and composed crudo dishes is being installed in the front of the restaurant, across the bar. 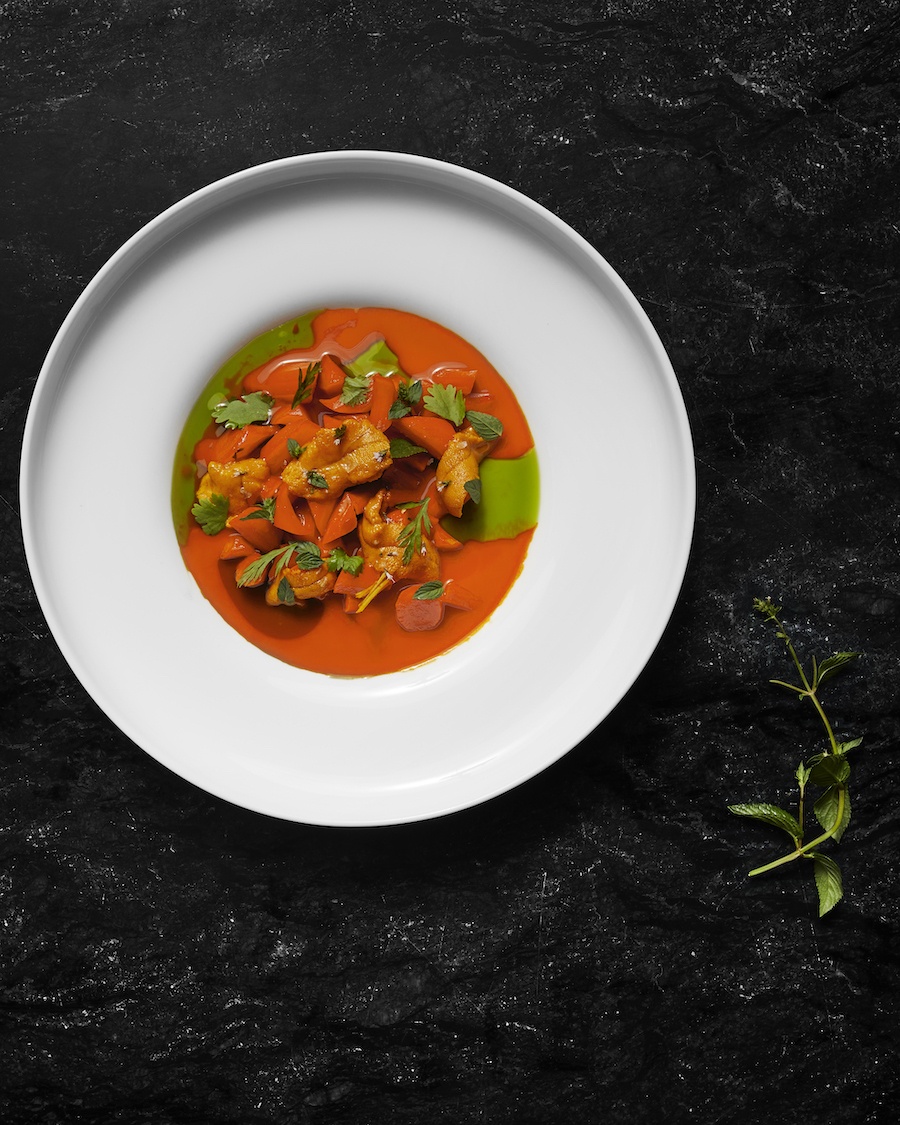 Now, seafood restaurants have a strangely difficult time in Philadelphia in recent years. We’ve seen historic ones close. The newer ones have only found middling success. Aside from the obvious success stories, like, say, Oyster House in Center City, Little Fish in Queen Village, and Vernick Fish in Logan Square, our regional food culture — despite its proximity to rivers and lakes and streams and, you know, the Atlantic Ocean — doesn’t exactly bank on expertly prepared fish and crustaceans. At least not the way that it should.

But there’s promise in exec chef Nicholas Bazik’s menu — which, yes, will include some meat options (and don’t worry, the beloved burger is sticking around, but only between 9 – 11 p.m.). There’s a lot of playfulness and creativity on the menu that might captivate Philly’s seafood loving audience: skate wing schnitzel, carrots and uni, daily surf ‘n’ turf specials.

Pasquarello says, “You know when you look at a menu and you’re like, ‘I kind of want everything, it’s impossible to choose!’ And then you look at some menus and you know exactly what you want? This was one of those menus where I was like, Damn it, I wouldn’t know what to get. And I felt like that was a winner.”

Scroll down for a peek at the new menu. Re-opening day is September 9th. It’ll be just the outdoor patio to start, and then they’ll transition into indoor dining. 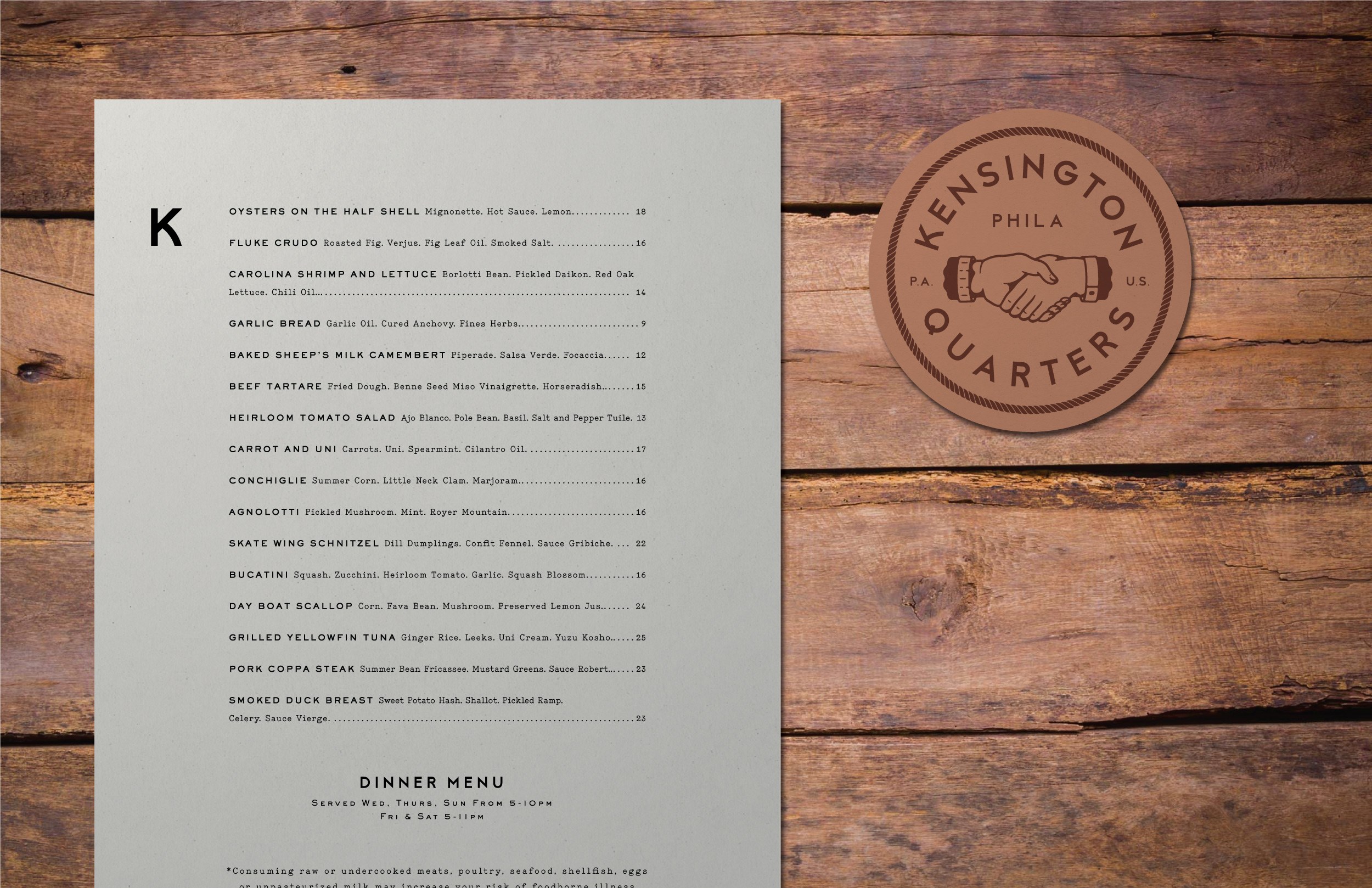