Yes, You Absolutely Should Order the Seafood Tower

Seafood towers can offer some of the happiest dining experiences you'll ever have. It's about time you treat yourself to one. 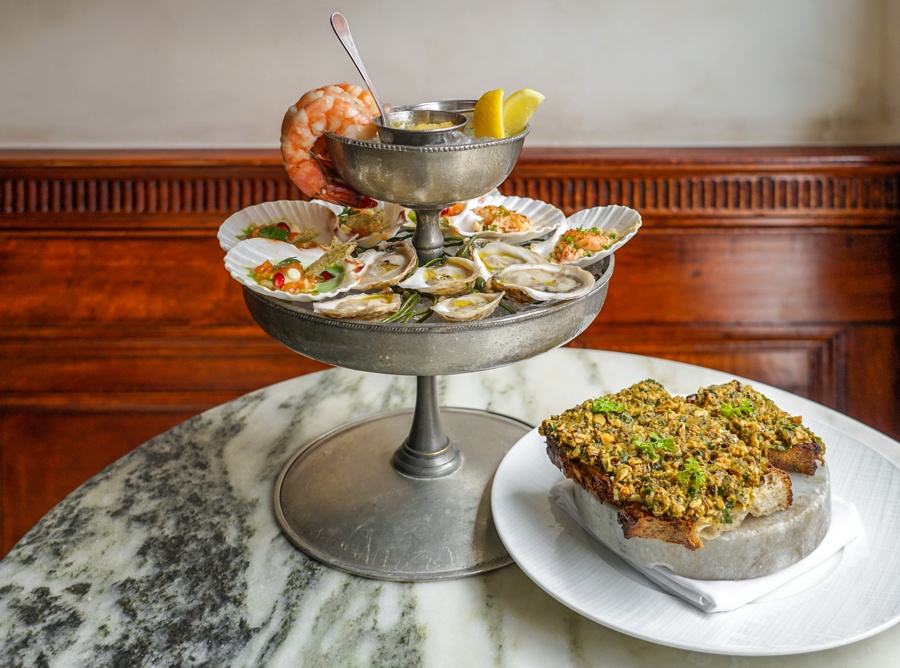 Let me tell you about the last seafood tower I ordered.

It was the big one on Oyster House’s menu (“The Moravian”), not the smaller one, because the big one felt right at the time. We were feeling good about the night ahead. And big seafood towers tend to be celebratory of the moment.

The Moravian marched out from behind the raw bar and caused a commotion in the dining room. Heads turned, dinner conversations were cut short, servers stopped in their tracks to give it a path, trumpets trumpeted, doves flew, monkeys whooped, zebras whinnied.

It was a spectacle, is my point. The bottom level wore this crown of freshly shucked oysters, cold and quivering in their liquor, raw clams scattered near them, pink and fat and just a bit intimidating. A melange of shrimp, calamari and mussels sat in the middle. Up top, chef Aaron Gottesman’s scallop ceviche with oranges and apples and sake vinaigrette was served in its shell next to a lobster halved down the middle and some shrimp lined up, reporting for duty. It was garish. Borderline embarrassing, given the amount of attention it received. But we were all smiling at the table because we were in the presence of a star. And then we drank a lot of cold wine and slurped up all those oysters.

Same thing happened when I received my Royal Plateau at Royal Boucherie in Old City, that one three tiers tall: A dozen East and West Coast oysters, six pieces of poached shrimp, fish dressed simply in salt and olive oil, crudos, razor clams, crab legs, and of course the pièce de résistance: half a lobster tossed in Green Goddess. Same thing happened in the dining room. Same feeling at the table.

And that’s the thing about seafood towers. They’re big and showy and expensive, but a single order contains all kinds of happiness. Simple pleasures and stupid delicacies, prepped and dressed and decorated all for you, my liege. They offer a kind of dining experience that’s difficult to ignore and easy to love, as long as you give into the extravagance of it all. As long as you let yourself live in luxury for a bit. Half the fun of going out to eat is getting to enjoy the things you wouldn’t dare make at home, anyway. What, you think you’re going to shuck twelve oysters and still have fun at your dinner party?

So don’t ignore the seafood tower. If it’s on the menu, order it. I swear to god, it will be worth every penny. Like every vacation you’ve ever taken. Like every spa treatment you’ve ever splurged on. It’s self-care just the same.

Here, six fantastic seafood towers in Philly to get you in on that good life. 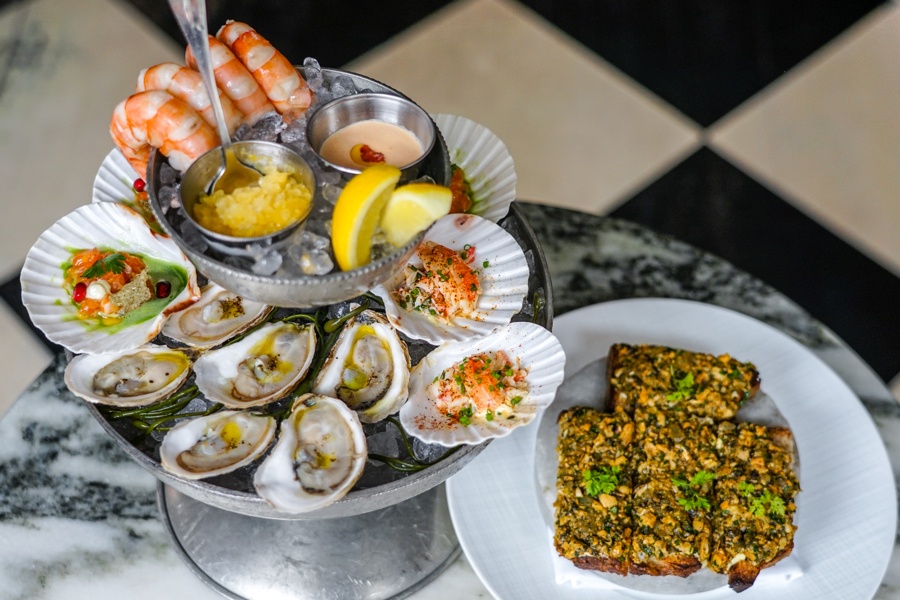 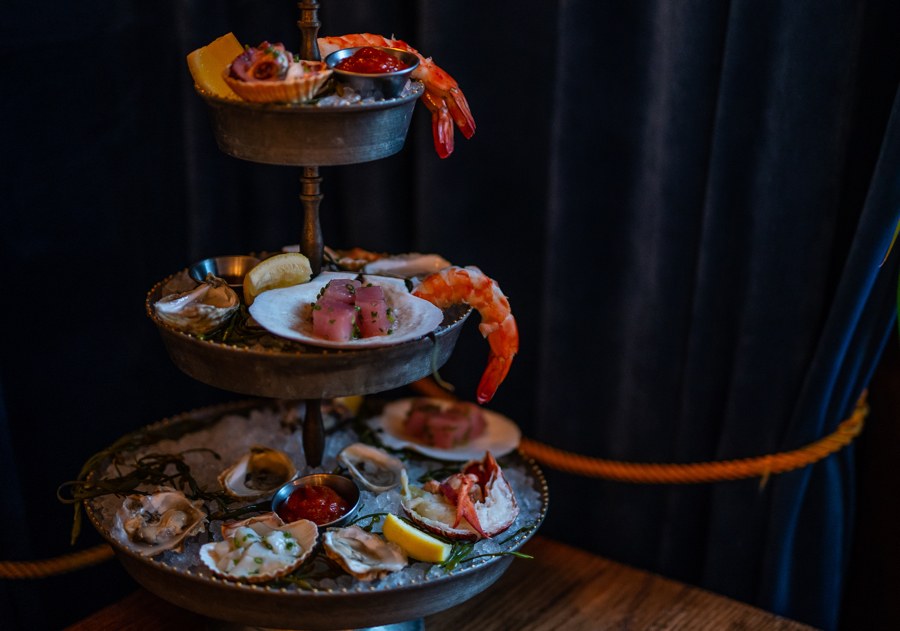 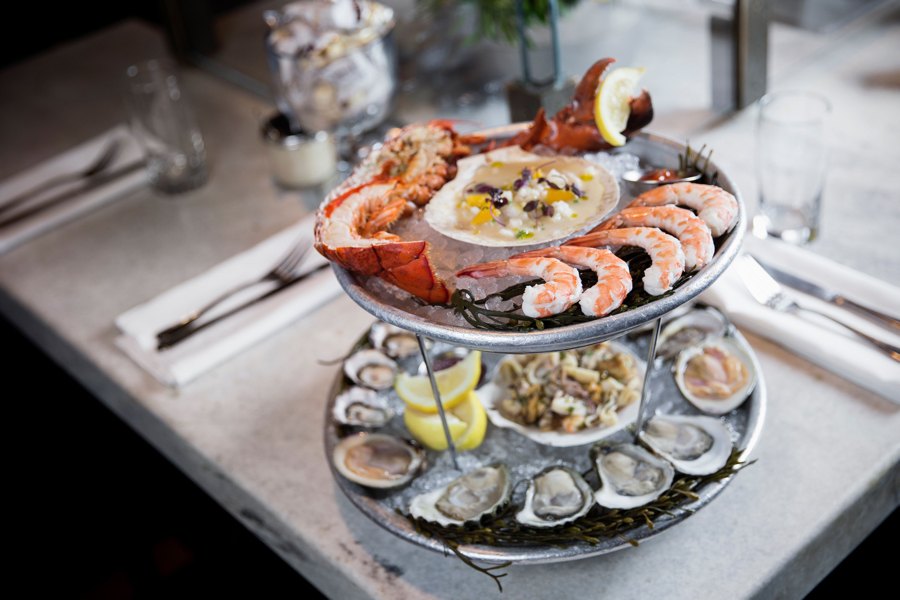 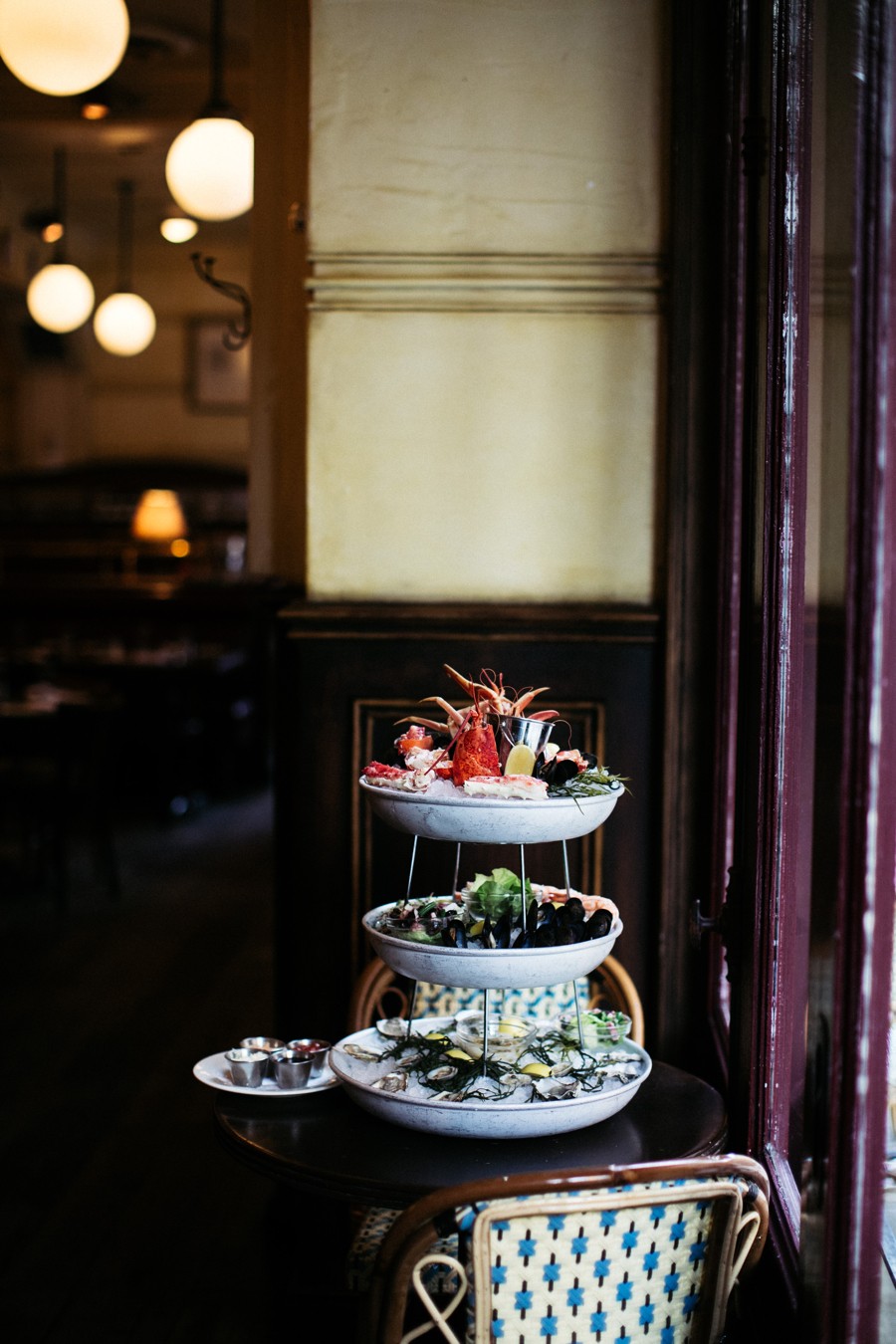 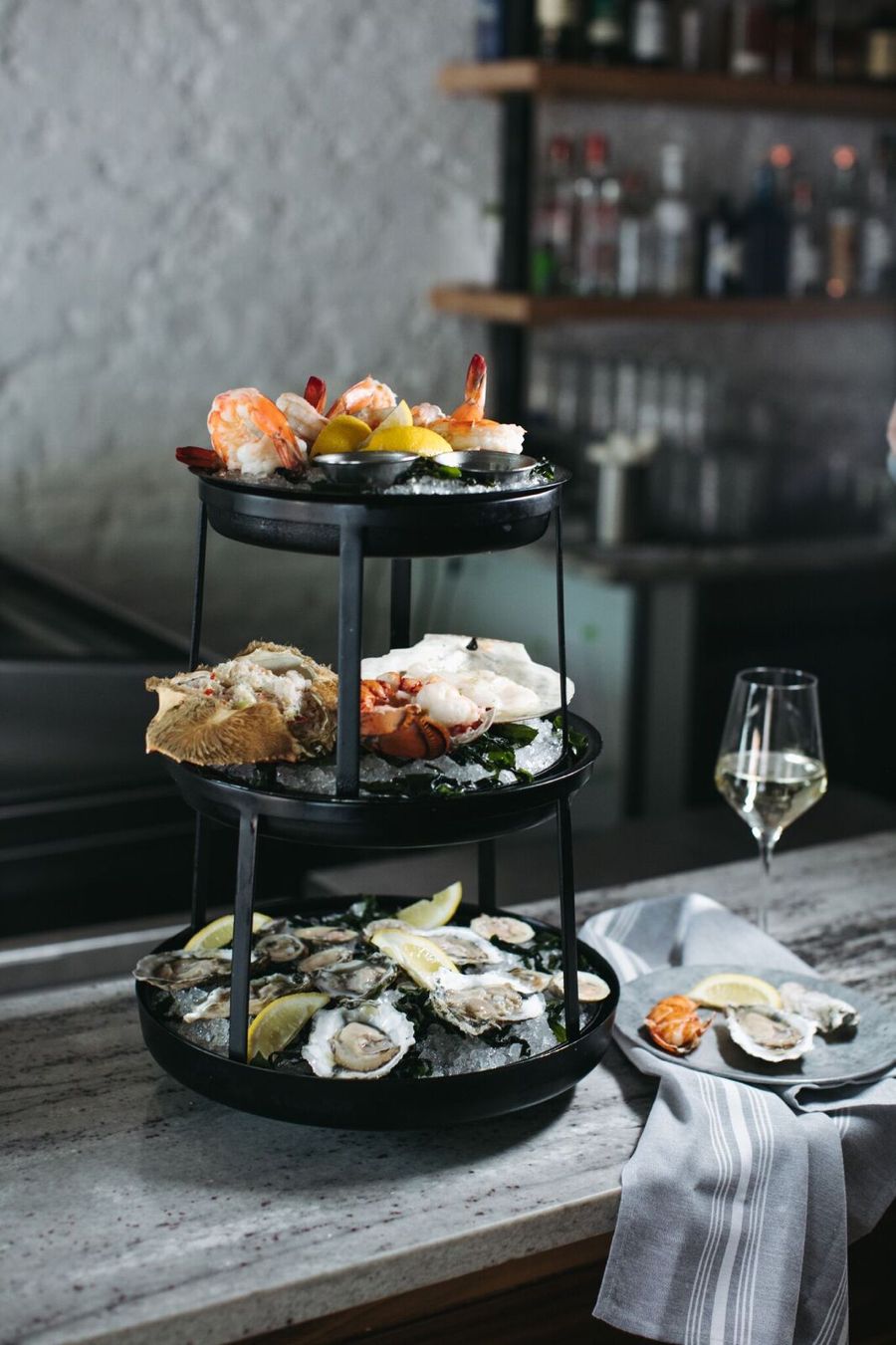 The Frankford at Aether | Photo by Neal Santos 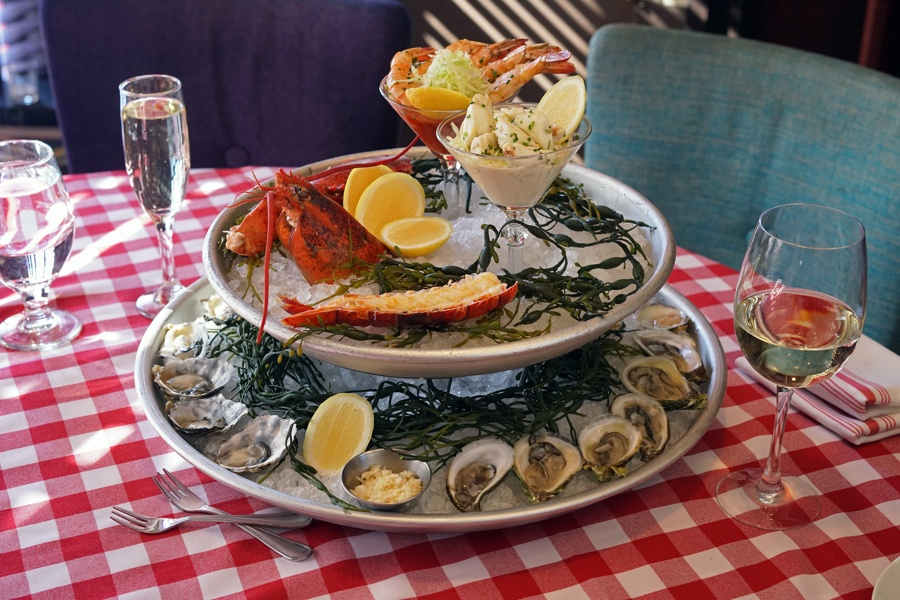