Coronavirus fully exposed the evils of American factory farming — an industry this cheap-meat-loving town can no longer ignore. 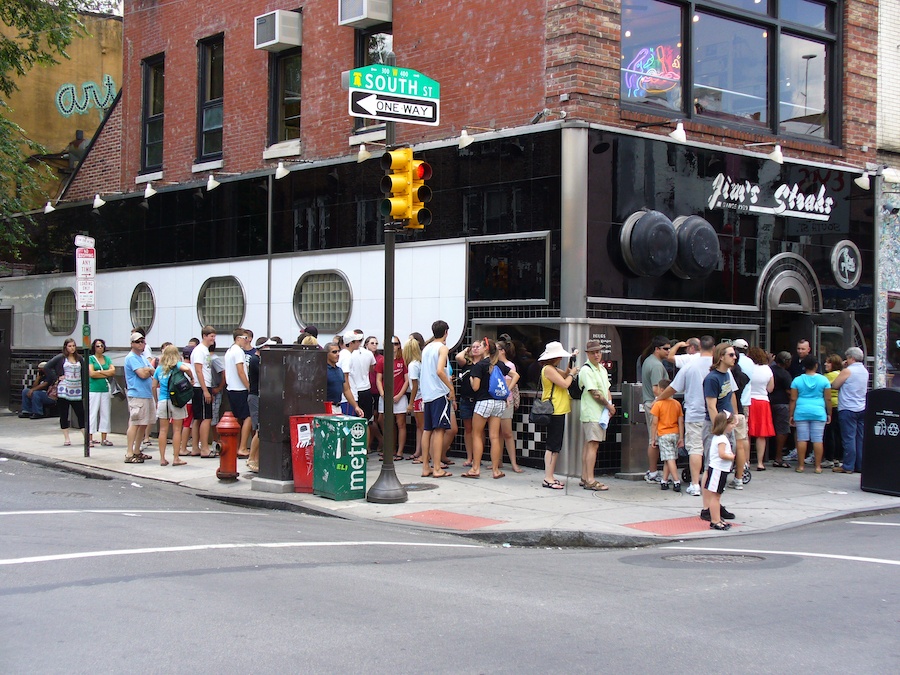 It goes without saying that the coronavirus’s effect on American foodways goes well beyond the decimation of the restaurant industry. Let’s be clear here: No industry exists in a vacuum. When COVID-19 forced Americans into their homes, it also forced restaurants to close, along with hotels and schools. And when the American farming system went from multiple distribution channels to basically one — retailers — space became a very real, very pressing issue, even in the rolling pastures of the American heartland.

And so began one of the saddest consequences of the coronavirus crisis: Coast to coast, large farms had no choice but to destroy their surplus — even in times like this, times of need. Donations only went so far before farmers began plowing the spring’s bounty back into the land. They dumped their milk and smashed their eggs. Worst of all, they euthanized their animals for no reason other than that there simply wasn’t — isn’t — enough space (physical and otherwise) for them on this planet anymore. COVID-19 had spread into meat-processing facilities, forcing them to shutter. And in the world of Big Meat, unprocessed livestock has no earthly purpose.

“As pork, beef and chicken plants are being forced to close, even for short periods of time, millions of pounds of meat will disappear from the supply chain,” wrote John Tyson, chairman of the board of Tyson Foods, in a full-page warning in the New York Times. “Farmers across the nation simply will not have anywhere to sell their livestock to be processed. … Millions of animals — chickens, pigs and cattle — will be depopulated because of the closure of our processing facilities.” Depopulated.

The price of meat went up as news of impending meat shortages spread across the country. This is America, after all. Cheap meat apparently means a lot to us (so much so that Donald Trump issued an executive order to reopen processing plants, calling the closures a threat to “critical infrastructure during the national emergency”). In Philly, cheap meat is practically our birthright, what with our cheesesteaks and roast pork and roast beef sandwiches. According to the National Hot Dog and Sausage Council, we’re third in the nation in hot dog consumption. Eating cheap meat is as purely Philadelphian as booing the home team or, I don’t know, water ice and soft pretzels or whatever. It’s a foundational building block in the making of our cultural identity.

Area retailers like Acme and ShopRite are limiting the number of meat purchases per customer to prevent hoarding and panic-shopping. Suppliers are having trouble filling orders, and because the American meatpacking industry consolidated the way it did over the past few decades, shifting production to larger plants over smaller ones, independent, family-owned owned butcher shops, like Esposito’s in the Italian Market, have to duke it out over the same supply as local chains like Acme and ShopRite. “[Suppliers’] prices have gone up dramatically, sometimes 100 percent,” Louis Esposito, the owner of Esposito’s, told the Inquirer. “If you’re doing some volume, you’re part of that mainstream system, so we’re all chasing the same short supply.”

Well, not “all.” Primal Supply Meats, a Philly-based butchery and local sourcing company, was completely unfazed by the broken supply chain. The prices at the East Passyunk butcher shop remained exactly as they were pre-coronavirus. Because since its conception, Primal Supply never dealt in the mainstream system.

THIS SITUATION IS “revealing many things about an industry that people didn’t ask questions about, or poke, just so they could still buy cheap, plastic-wrapped meat from the grocery store,” says Heather Marold Thomason, founder of Primal Supply Meats, about the well-documented evils of the factory farming. “It took me a while to say something because I never thought it was my place. I only wanted to promote an alternative, sustainable industry, and to hold that up rather than use my energy to learn about and tell the evils of the other industry. We don’t work in the other industry. People think it’s all the same, but it’s not. So I’ve always been focused on the positive. I championed local farming; I educated people about why it’s so great. But then it was in front of our eyes, and I felt people weren’t really talking about it. I was mad, and I wanted to say something.”

I took these photos in 2012 when I was working as an apprentice livestock farmer at @northmtnpastures. I have very personal feelings about the life and death of animals raised for food, so much so that I have chosen to dedicate my life’s work to it. I know many people view @primalsupplymeats as “expensive”. Some even go so far as to openly criticize us, or ask me if I’ve considered lowering our prices – implying there is a personal profit from this work that I might give up. Many still don’t know that the cheap meat that makes local and sustainably raised meat look “expensive” by comparison, has been subsidized by the lives of people and animals. Now they are being lost in staggering numbers. I am angry and sickened by the workers being pushed into unsafe settings now dying from Covid-19, and the animals raised for food that will instead be euthanized and discarded by a system that is too big to slow down. And it pains me to know that soon this moment will be forgotten, except for the public cries for the loss of the unsustainably low price of meat. As the industrial food system is collapsing around us and the commodity meat industry is exposing itself for the disgusting monster that it is, consumers are being warned of impending price increases for meat. I do not plan on raising my prices. That is because they are and have always been based on the true cost of food in a supply chain that values the environment, the livestock we raise for food, and the people that do the hard work of taking the lives of the animals we eat. My work and commitment to butchery is completely independent of and in opposition to the mainstream industrial meat industry. I have dedicated almost two decades of my life to local food. I have sacrificed and risked more than many can imagine to build a business I believe is doing right by the network it supports, and I have yet to personally profit from it. I hope more consumers will educate themselves on just how corrupt the commodity meat industry is, and consider spending more and eating less. In the meantime, @primalsupplymeats will continue to provide true and fairly-priced meat to our community.

A post shared by Heather Marold Thomason (@heathermaroldthomason) on May 6, 2020 at 2:02pm PDT

At the close of 2019, Thomason says, Primal Supply was getting 45 percent of its revenue from its wholesale program (connecting sustainable livestock farms with restaurants and chefs); the other 55 percent was a mix of retail through the butcher shop and demo classes. Now, she says, outside of a few restaurants who are still doing takeout, 98 percent of Primal Supply’s revenue is through direct-to-consumer meat sales. Her prices haven’t gone up, nor have they gone down. Primal Supply has always priced its meat at its “true” cost — which means no government subsidization, no factory farming practices, no exploitative labor model. Instead, Primal Supply partnered with a collection of farms that provide Thomason with cows, pigs and chickens — enough to build a small, alternative supply chain. Thomason calls her prices “comparatively expensive.” Now, the same people who complained about the cost of Primal Supply’s meat are suddenly very willing to pay the “true” cost. Thomason tells me she’s busier than she’s ever been.

I wonder a lot about the meat-eating future of this cheap-meat-loving town. COVID-19 has proven to be a powerful conduit of revelation, and now, we — as a city — are probably more aware than ever about what it takes to keep meat cheap. That it was only ever cheap because we never “questioned” or “poked.” That we fell for a purely American ruse centuries in the making. Post this coronavirus-induced enlightenment, how could we possibly go back to our old ways?

The simple answer is that we shouldn’t. We should only consume pork and beef and poultry that’s responsibly sourced. Meat should be priced at a premium — the way Primal Supply does it; the way the farmers’ markets do it — not as a commodity. And even those who are willing to pay the premium should keep it to a minimum. (“If you look at it historically,” says Thomason, “meat has always been a luxury, until maybe the last couple of centuries. A working-class family used to enjoy meat on a holiday. It was special.”)

In a 2018 study, scientists behind what the Guardian called “the most comprehensive analysis to date of the damage farming does to the planet” came to the conclusion that “a vegan diet is probably the single biggest way to reduce your impact on planet Earth, not just greenhouse gases, but global acidification, eutrophication, land use and water use.” Every single day, the answer becomes clearer: If all meat were priced at its true cost, we would eat a whole lot less of it. The entire world, and many of its most vulnerable inhabitants, would be better for it.

But there are no simple answers in the food world. It’s not lost on me that such a dramatic shift would affect our impoverished and food-insecure communities first, the way the soda tax did.  The privilege of choice in matters of food and survival is a glaring complication here. We live in a capitalist dystopia capable of such phenomena as food deserts — a situation Philly is all too familiar with, in which the food pyramid is flipped on its head and the life of an animal is somehow cheaper than that of a plant.

So, then, the responsibility to drive change in the industry will fall on those with the financial means and those with the privilege of choice to support the purveyors doing meat business the right way. Primal Supply is the only butcher of its kind in the city (after we lost La Divisa in Reading Terminal). Therefore, those with means and privilege should only purchase their meat from Primal Supply, or businesses with similar sourcing principles, like Riverwards Produce and many of the co-ops in town. Or they should buy their meat directly from a farmer.

Or let chefs do the responsible buying for them: I hear Ari Miller, the chef-owner of Musi in Pennsport, makes one hell of a cheesesteak once a month out of a pop-up called Friz Wit. He uses rolls from Philly Bread Co., he makes a cheese sauce with Philabundance Abundantly Good cheddar, and the beef is from Primal Supply. One sandwich is $15 —  only $5 more than a ’steak at Pat’s.

One cheesesteak a month and five extra dollars seems like a good place to start.