Maybe it’s part of your daily routine, or maybe you haven’t had one in years. Either way, we say it’s time to proudly embrace Philly’s favorite sandwich for what it is: our city’s cultural and culinary gem. 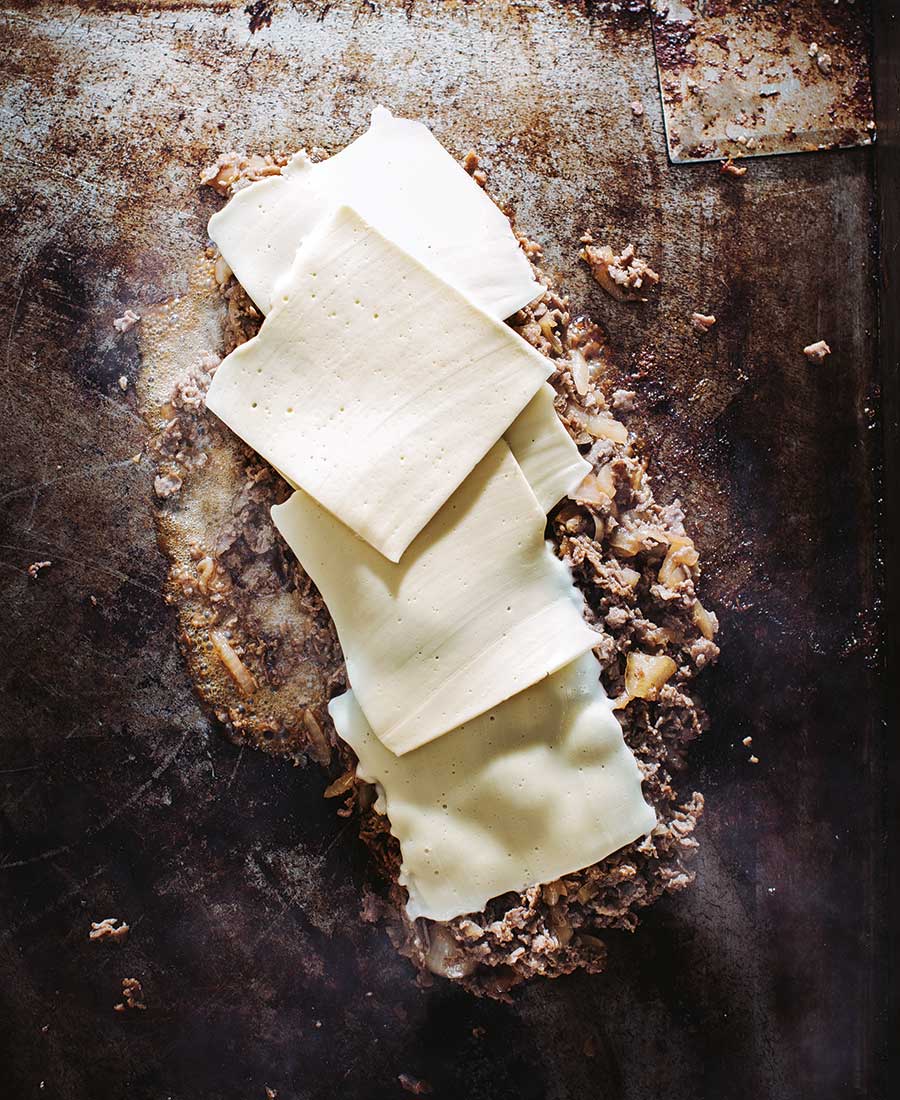 It’s always a bit strange when a Philly-based publication writes about the cheesesteak, let alone this one. If the sandwich was truly invented in 1930, the way the Olivieris (of Pat’s Steaks fame) say it was, then Philadelphia magazine (which has been around since 1908) has been there since day one. Eighty-eight years after the birth of the cheesesteak, what could possibly be left to say?

As a city, we’re exhausted by the thing. We roll our eyes at it, and all the fanny packs in line at Jim’s, and the stock video footage played at commercial breaks during football games of beef and onions getting slapped around on a griddle. When the late Anthony Bourdain came to town six years ago to shoot an episode of The Layover, he refused to feature the cheesesteak at all. He had empathy. He understood the complicated relationship we have with the sandwich and preferred to stay the hell out of it.

On the one hand, we owe a lot to the cheesesteak. It took care of us when we were riddled with self-doubt. When our restaurant landscape was smaller, when we didn’t know who we were yet, this junky, delicious creation gave us an identity. Sure, we had red-gravy Italian joints and fancy French restaurants, but it was the cheesesteak that set us apart — that validated Philly’s place in our nation’s culinary pantheon.

But as the years passed, we longed for more. We built a destination-worthy restaurant scene, led by a community of talented chefs. We were finally ready to be taken seriously, and the cheesesteak started to embarrass us in front of our cool new friends.

Big, important publications in big, important cities started writing about us. They seemed to like us, which was nice, but they didn’t know why, so they retreated to clichés — cheesesteaks, water ice, soft pretzels, Rocky — written a bajillion times before. Just two years ago, the New York Times “discovered” Philly food with an article titled “A Four-Day Feast in Philadelphia.” Like clockwork, it mentioned our proximity to New York and D.C., our gritty, eclectic neighborhoods, and how good our restaurants are, “leaving aside” our “indigenous cheesesteak sandwiches and soft pretzels.” Last year, the Los Angeles Times chimed in with an article titled “Here’s the Philadelphia Story: It’s Not Just for Cheesesteak Lovers Anymore.” Just a few months ago, Travel + Leisure made the bold claim, “Forget New York or Boston — Philadelphia Might Just Be the Best Food City on the East Coast Right Now.” Gasp!

Now, listen, we love the love. People here eat up those headlines because we’re still not used to the attention. We blush a little too hard when people call us pretty. But that’s what happens when we let non-Philadelphians define us and our food culture for so long: Our sense of self becomes lost to the whims of those who fancy themselves superior.

Which is why, I think, we spent the better part of the past decade trying to escape the very thing that gave us life. We elected the roast pork sandwich with garlicky greens and sharp provolone as our new leader, hoisting it like the mascot of our improved, more sophisticated Philadelphia. We heralded it as the “real” Philly sandwich, the one we eat while all you people wait in line for your tourist slop. (Of course, we hid in the shadows, shamefully slamming ’steaks into our faces like we were starving without them.)

But you know what? It’s almost 2019, and we’re older and wiser, and we say it’s time: It’s time for Philly’s food scene to embrace the cheesesteak all over again. Not just because it’s a genius invention, and not because we’ve got some chip on our shoulder about it — but because we’re proud of us. We’ve got some of the world’s best restaurants and international acclaim. We roll with a newfound swagger — a confidence that only comes after years of success and practice. We’re finally comfortable in our own skin.

And lying just beneath it, coursing through our veins, we have our hangover breakfast ’steaks at Pat’s; our late nights at Steve’s; our Little League team cheesesteaks at Mama’s; our post-funeral cheesesteaks at John’s; our ’steak-and-a-pie family combos at the pizzeria on our block — and all the other cheesesteaks that were there for us way back then, when nobody liked us.

They’re there for us still — not above us, not beneath us. With us.

The 30 Cheesesteaks to Eat Before You Die

In a city that distinguishes itself by its ’steaks, which sandwiches truly tower over the rest? From the South Philly classics to some creative modern updates (including, yes, a vegan cheesesteak), food critic Jason Sheehan presents his definitive list. Read More »

That Time John Kerry Ordered a Cheesesteak “With Swiss”

The One Cheesesteak You Should Never Eat

Who the Hell Invented the Cheesesteak Egg Roll?

The Cheesesteak: An Oral History

As special bonus content for our October cover story on (what else?) cheesesteaks, we delve into the archives to bring you this historical account of the cheesesteak, from the people who know it best. Read More »

Published as “The Cheesesteak, Reconsidered” in the October 2018 issue of Philadelphia magazine.