The One Cheesesteak You Should Never Eat

Death to the cheesesteak hoagie. 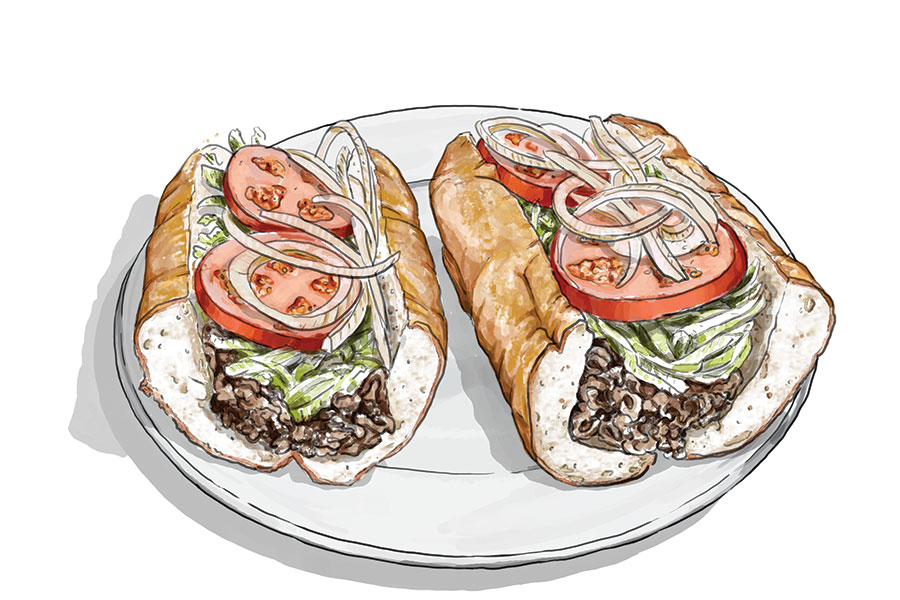 Illustration by the Ellaphant in the Room.

Jolie laide — literal translation “pretty-ugly” — is a French term used to describe something beautiful in its hideousness. Like a lumpy heirloom carrot, or Sarah Jessica Parker.

The cheesesteak? It’s exactly that.

It’s so technique-driven and timeless (in both flavor and presentation) that French kitchens across the globe ought to be jealous of its invention. When done right, it’s slightly off-putting — a homogenous mess of beef-cheese-onion goop overstuffed into a roll that’s gone prune-y from steaming inside its foil casing. It’s grotesque, no doubt — and delicious for that very reason.

Which makes the cheesesteak hoagie, with its pretty pops of color and crunch — its slivers of iceberg lettuce, fresh tomatoes sprinkled with dried oregano, sweet rounds of just-sliced white onion — an absolute disgrace. From a culinary perspective, it’s pretty dumb: When you put fresh cold veggies on something hot, you cool down the hot stuff and warm up the cold stuff, creating a middling mess of wilted lettuce, droopy tomatoes and greasy onions on a bed of warmish beef and, now, congealed cheese. If we’re judging the sandwich by its art form, what exactly does the cheesesteak hoagie achieve other than being a lesser form of both the cheesesteak and the hoagie?

It’s jolie and laide, but it’s not both together. And that’s a terrible thing for any sandwich in Philadelphia to be.