Whatever you do, don't tell Steve DiFillippo that Davio's is a chain. 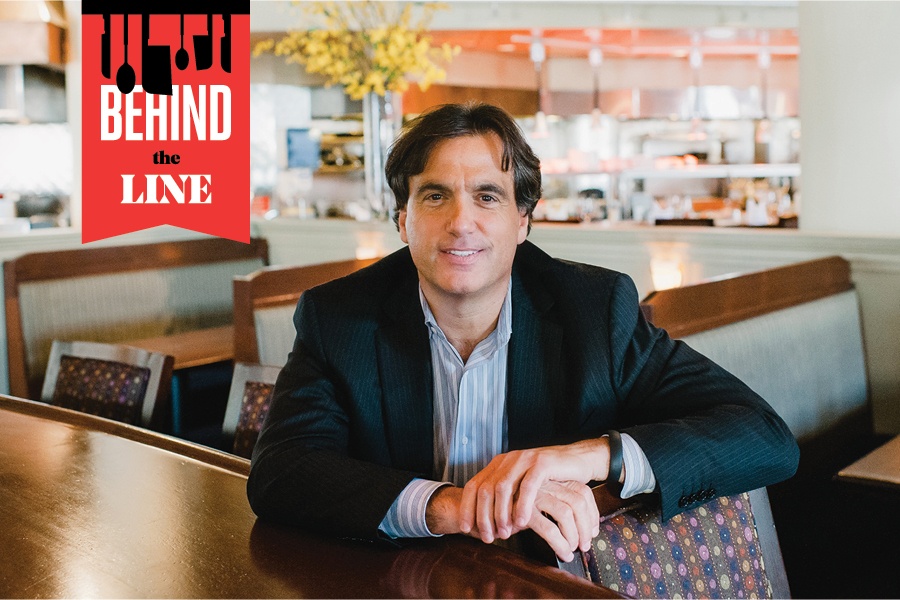 This week, Davio’s Philadelphia celebrates 20 years in Center City, the spot that actually spawned the Boston-based restaurant group’s “Northern Italian steakhouse” concept that now exists in all of its eleven (and counting) locations. Here, Davio’s CEO Steve DiFillippo tells us all about it.

My full name is… just Steve DiFillippo. Everybody thinks I’m 100 percent Italian, but actually my dad was Italian and my mom is Portuguese.

I learned to cook… from my mom and my Italian grandmother. Meatballs, eggplant, chicken parm. All that Italian-American stuff. I also went to chef school, and of course Julia Child was a mentor. I used to watch her on TV and I became friends with her years later.

Behind the Line: Michael Solomonov Talks Wawa, Cod Sperm and His Hummus SecretBehind the Line: This Is What Marc Vetri Thinks When He Sees You In Line at Olive GardenBehind the Line: Hop Sing Laundromat's Owner is No Fan of Bad Tippers, Cheesesteaks or "Mixologists"

My favorite Julia Child memory is… when we were both going to a charity event in Providence, and I offered to pick her up so we could drive down together. I get to her house. She had this beautiful mansion near Harvard Square. And as I am waiting for her, I go into her kitchen. I’m in Julia Child’s kitchen! And all I can think is, I should really steal something. Now her kitchen is in the Smithsonian. I could have had a knife or something.

I became involved with Davio’s… in the mid 80s. There was one location. It had a lot of issues. It was basically going to bankruptcy. And I went in and saved it. But back then, it was easier to do. I think the rent was $3,000 a month. Now, just our electric bill is $6,000! The restaurant was 3,500 square feet. Now our kitchens are almost that size. I was there for a few years and then started expanding. We just opened our 11th, at Logan Airport, and we’re about to open our 12th, in Boston’s Seaport. Next is Texas, Virginia and Pittsburgh. In ten years, we’ll probably be in the 20s.

My first impression of Philly when I came here to open a Davio’s in 1999… was simply that it needed more steakhouses in Center City. All you had was Morton’s and the Palm. Before this, Davio’s was just an Italian restaurant. But in Philly, there was a need for a steakhouse, so I decided to do a Northern Italian steakhouse. So that idea was born in Philly in 1999, and it worked so well that I took it back to Boston and it blew up the company. Philly was really the beginning. Nobody in Philly knew Davio’s, so I could do whatever I wanted. It was a bit of a risk but my life changed here. So yeah, I’m a Boston guy, but I feel like I’m a Philly guy, too. 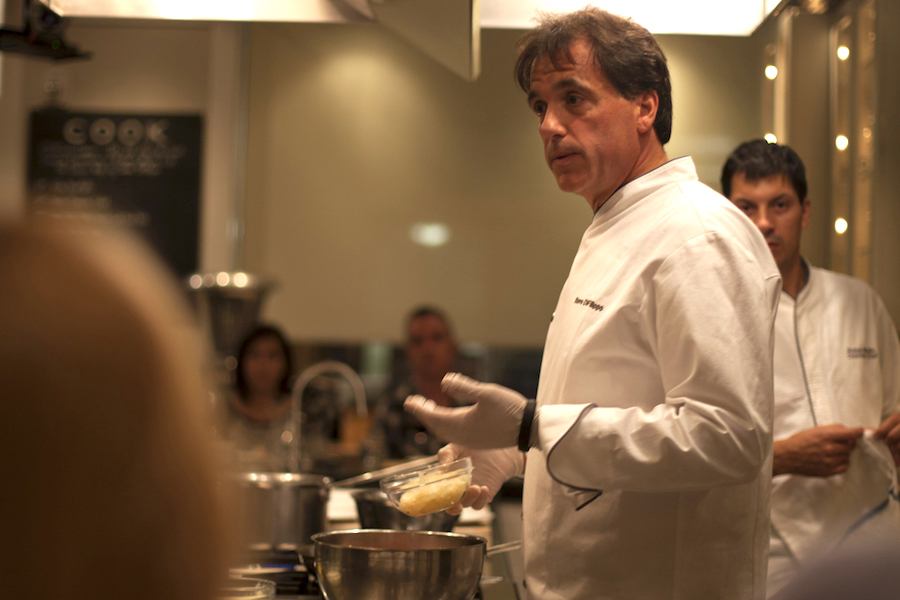 The best thing about this biz is… that you never know what you are going to get. Every day. My life is certainly not boring. I don’t have an office. People ask me where my office is. I say, when you find out, tell me. My office is the restaurant. I go to multiple restaurants every day. That’s what I love. I’m a restaurant guy. Not an office guy.

The most challenging thing is… finding the right location. You can be a great restaurant person. You can know food. You can know service. But the wrong location? That’s a big problem. Second, you gotta have money. How many times do you go to a restaurant and it’s packed and everything is great and one year later, gone? Not enough money behind it. Food costs. Labor costs. You need money.

Yelp is… awful. I like the guest telling us what is wrong, because I think we deserve a shot at fixing a problem before the world knows about it. Any good business owner wants to hear what’s wrong. I don’t understand this attack mentality today.

When I hear Stephen Starr say that he was selling cheesesteak spring rolls before Davio’s… all I can say is that my chef started making them in Philly and now we are selling them in 8,000 stores around the country, including Costco. Stephen Starr loves to say he invented it. He can think that all he wants. He’s a nice guy, and I love Butcher & Singer and Morimoto. But we make a million cheesesteak spring rolls a year and we started making them a long, long time ago. 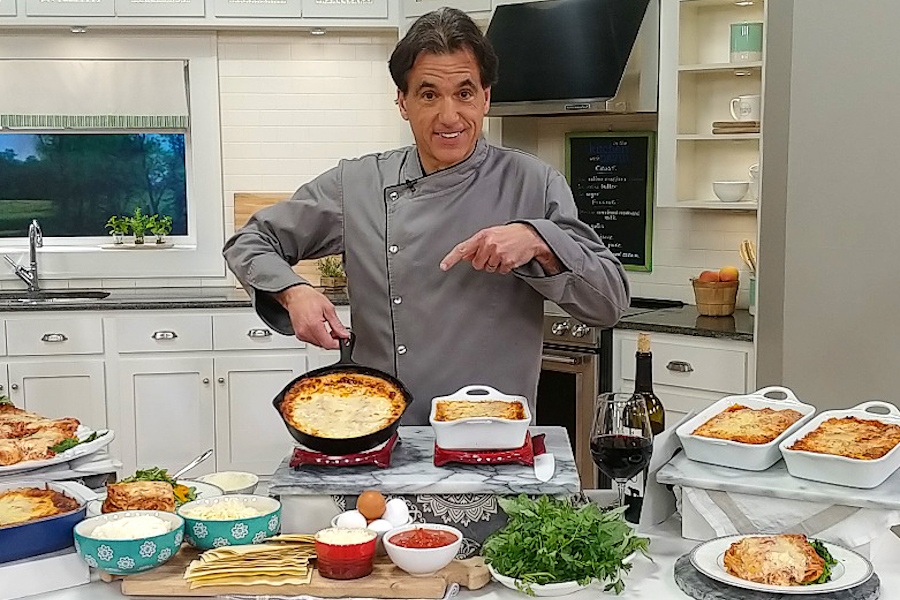 If my face looks familiar to you, it might be because… I’ve been on QVC a lot. I sell the meatballs, the spring rolls, stuffed salmon. It’s time consuming for me, because I live in Boston and have to go all the way to West Chester. But I love QVC. An incredible company.

When I see everybody at a table with their cell phones out, I think… how did we get here? It’s sad. We have one TV at the bar, and you can’t see it from the dining room. I don’t like electronics. You’re out to have a good time and enjoy company and escape. Why do you go out to eat and bring your little computer to the table? I wish I could have a basket at the door and collect cell phones, but I don’t think that would go over too well.

To the people who won’t eat at Davio’s because they think it’s a “chain”, I say… it’s a knife in my heart. We’re not a chain. My wife and I own all of the restaurants 100 percent. I am involved with the restaurants on a daily basis. We don’t have a board of directors. We are a very small-knit family. I know people’s names. A chain is more of a publicly-held, board-run kind of place based out of an office. We are nothing like a chain. Nothing. 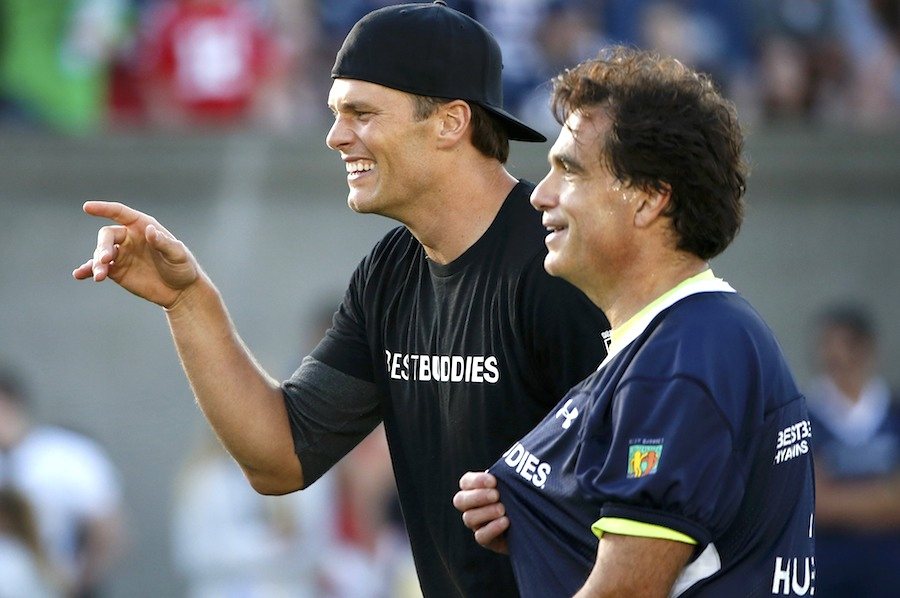 When the Eagles beat us in the Super Bowl, I was… really happy for all of my friends in Philadelphia. That really changed the city. Besides, we had already won five Super Bowls at that point.

One restaurant tool I can’t live without is… a really good knife. It can do so much, from chop to open a bottle of beer. I think we forget how important a sharp knife is.

The biggest mistake most home chefs make when cooking steak is… turning it 53 times. You literally cook it on one side, turn it over and finish it in a hot oven. You should literally touch it once.

If I weren’t a restaurateur, I’d probably be… a coach, I guess. Because coaching is really what I do. I coach people. But really, I was born to be in this business. I’m 53 and I’m still on Plan A. People always say how lucky I am. And I am lucky. But I also like what Thomas Jefferson said about luck: “I am a great believer in luck, and I find the harder I work, the more I have of it.”