A conversation with Philly's hottest chef. 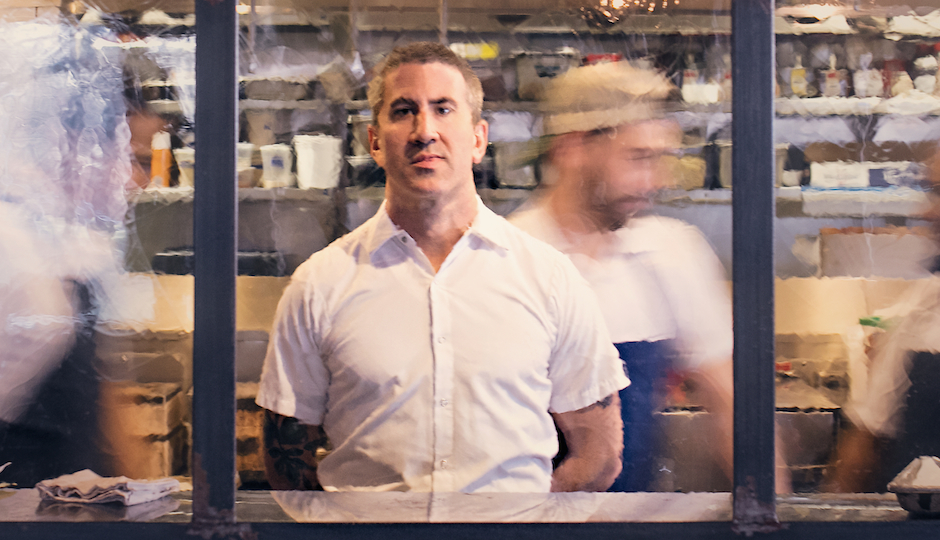 Chef Michael Solomonov, seen through a glass window in the kitchen at Zahav. (Photo by Chris Loupos)

Last week, we debuted our new series Behind the Line with an interview with TV chef Michael Symon, who has a just-opened restaurant at the Borgata. This week, we talk to Zahav’s Michael Solomonov, whose last month has been filled with awards, great press, and big moves.

People would be surprised to know that I love to eat… animal crackers dipped in almond butter. Having kids means I have random shit like this all over the house.

The TV Food Network is… something I haven’t watched in years.

When someone leaves a bad review for me online… I read it and take it seriously and reflect. We do that for all of them. We really do.

My standard Wawa order is… a junior meatball sandwich on wheat with tomatoes, pepperocinis and pickles, and parmesan cheese, and provolone.

The best restaurant in Chinatown right now is… Spice C on 10th and Cherry. The noodles are top-notch. They’re just so, so good.

The weirdest thing I’ve ever eaten is… cod sperm. I had it at Morimoto. It was… soft and creamy. 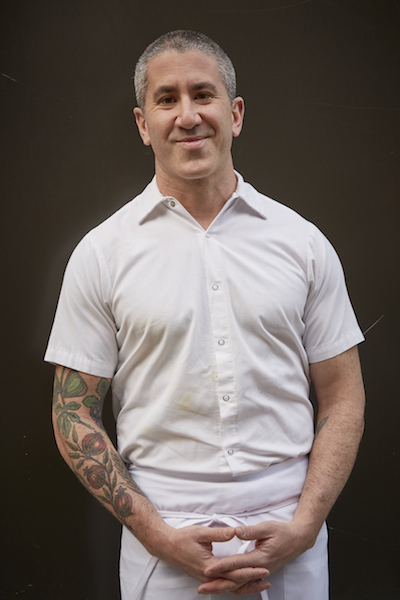 One book that had a profound effect on me was… My Promised Land. The most unbiased book I’ve read about Israel and the Israeli-Palestinian conflict.

When I want a burger, I go to… Five Guys. They do such a good job. You’ve gotta try the fresh jalapenos with the bacon cheeseburger.

One thing I really wish I could change about the Philly restaurant scene is… adding more late-night restaurants. It’s really not the restaurants, though, as much as it is the customers. Philly is just an early city. It just is.

The best advice I ever got in this business was… if you want to be an owner, you must think like an owner.

When a kid tells me they want to be a chef… I say work in a restaurant for one year before you do that. And then I always high-five them afterwards.

When that New York Times article about my addictions came out… I immediately called my parents to warn them, and I felt proud and slightly relieved.

The first restaurant in Philly I worked at was… Avenue B. It was Neil Stein’s Italian restaurant with Patrick Feury as the chef. It was… jarring. I was a cook, and I worked next to Jen Carroll, who traumatized me. She’s such a good cook, though.

I opened my first restaurant in… 2008. That was Zahav. Well, Steve Cook and I were partnered up at Xochitl, but Zahav was the first restaurant where I was really an equal partner. I got the idea for Zahav when I was visiting family in Israel, eating all this food and wondering why nobody in Philly was doing it.

When I go to New York, I love to eat at… Momofuku Ssäm Bar, and I love Traif in Brooklyn. I’m in New York once a week or every other week.

One kitchen tool I can’t live without is… a good spoon. The weight and the balance is so important.

The next big restaurant trend will be… Turkish food and Georgian food. I think they are going to be big. Turkish will definitely be next. Not sure about Georgian. Maybe Georgian will be next in one or two iterations.

One day, I dream of opening… a little lunch place, like a kiosk on the beach. I don’t really care where. Just any beach I can surf at. Hummus and salads and a charcoal grill and that’s it.

One mistake most people make when making hummus is… that they throw all the ingredients in together at the same time and end up with peanut butter. Mine is super creamy. I like to aerate the tahini first.

For my next project, I hope to… be not as stressed out, but I don’t see that actually happening. We’re getting pretty close to opening Dizengoff and Federal Donuts in Miami. About a month or so.

In ten years, I want to be… chilling. Relaxed. Sleeping eight hours a night. I sleep about half that now.

When I was a kid, I wanted to grow up to be… an actor and then a photographer. I actually wound up going to college to pursue photography, but I was interested in whatever the opposite of studying was.

I go to Israel… one to five times a year for work, family and recreation. I’ve been there at least 40 times. I was born there.

My kids refuse to eat… most of what I cook, most of what provides the food on the table, and hummus specifically.