And the owners are hosting a fundraising happy hour tonight to unseat an anti-sanctuary cities state rep. 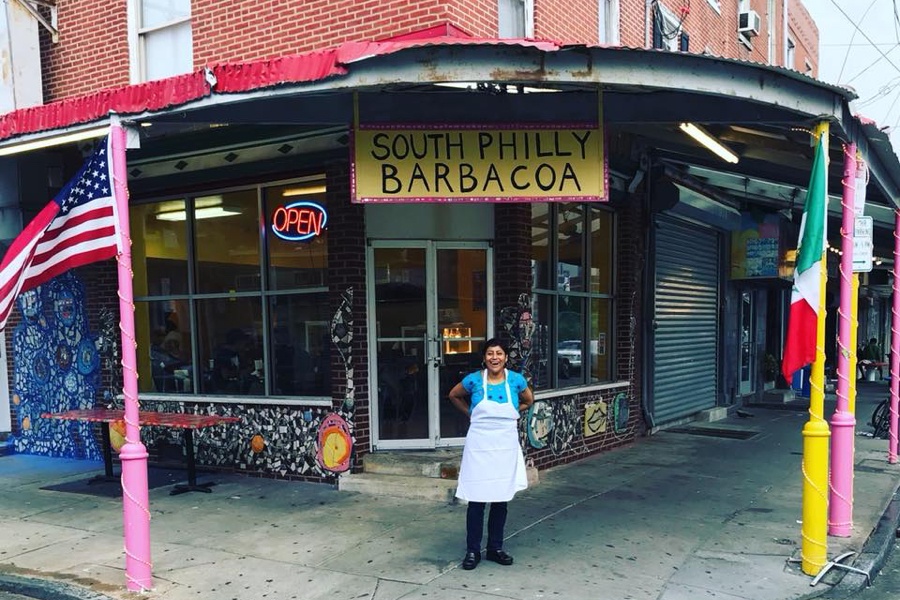 South Philly Barbacoa reopened in a new space at 9th and Ellsworth over the weekend, just a few doors down and across the street from its sister spot El Compadre.

And now that the move to a spacious corner property — hopefully their last for a while — at 1140 South 9th Street is done, owners Cristina Martinez and Ben Miller aren’t wasting any time continuing to fight for the rights of immigrants.

White has been pushing House Bill 28, an anti-sanctuary cities bill that would outlaw actions like the recent hard-won decision by Mayor Kenney to stop sharing city arrest data with ICE, since she took office.

At tonight’s event, South Philly Barbacoa will serve pork, chicken, and veggie tacos along with seasonal agua fresca, beers provided by St. Benjamin Brewing and PBR, and hard stuff by Stateside Vodka and Powers Irish Whiskey, from 6 p.m. until 8 p.m.

At 7 p.m., Doyle and immigrants’ rights advocate Carolina Torres will lead a discussion on the benefits of immigration and how local governments can protect our immigrant communities. Godmother of Philly sustainability and White Dog founder Judy Wicks of Proud Pennsylvania, a grassroots PAC with a focus on  the environment and electoral integrity that has endorsed Doyle, will co-host.

Tickets start at $25 for the evening, and you can get yours here. Proceeds will support Doyle’s campaign to unseat White on November 6th.

The “new” South Philly Barbacoa will be open Saturday, Sunday, and Monday with barbacoa, pancita, and consomme from 5 a.m. until sellout. El Compadre will remain open with guisados and tortas Monday through Friday from 7 a.m. until 3 p.m.