Plus: the one argument he and his wife keep having. 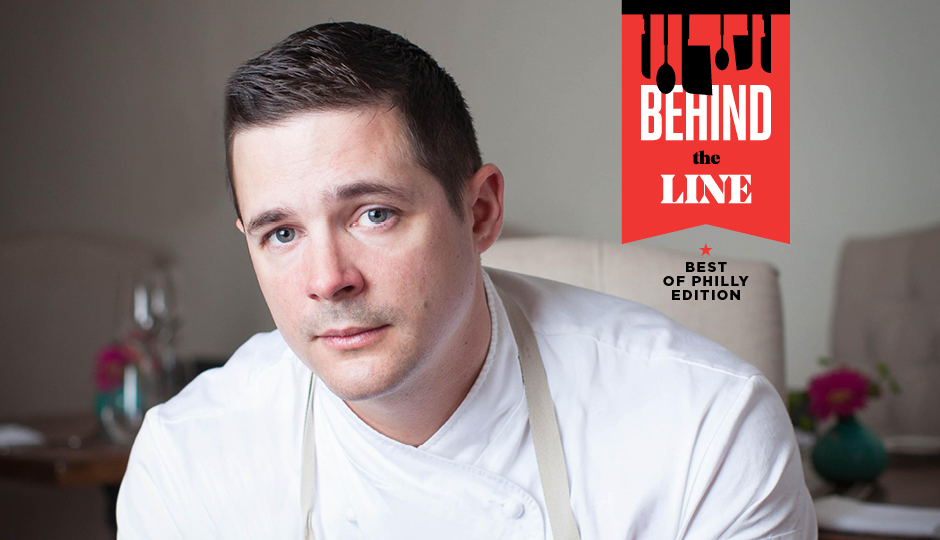 This week’s special Best of Philly-edition of Behind the Line brings us to Nick Elmi, who went from winning Bravo’s Top Chef to having one of the hardest tables to get in Philly: Passyunk Avenue’s Laurel, which we recently named the 2nd best restaurant in Philadelphia. His South Philly bar followup ITV just won Best of Philly for its caviar service. And we can’t wait for his soon-to-open Old City spot. Here, we talk about all that and more.

My full name is… Nicholas George Elmi. My great-grandfather’s name was Interguglielmo. When he came from Sicily, they shortened it to Elmi.

I was born in… Methuen, Massachusetts.

My first restaurant job… was as a bus boy when I was 14. I was terrible and so they threw me in the dish tank instead. A couple of months go by, and some guy didn’t show up for work, and they said, OK, you’re making pizzas now. And that’s how it all began.

I came to Philly… in 2000. I followed my brother here. He came to Philly after graduating from college. I had to do an internship as part of my CIA training, and I wanted to see a different city. So I crashed on my brother’s couch and started working at Brasserie Perrier.

Georges Perrier… and I are polar opposites, which is why we worked well together. He is high-intensity, screaming and yelling, and I’m basically the opposite. Working with him certainly toughens you up.

After leaving Brasserie… I went to New York to take a job at Lutèce, and two weeks after I got there, they announced they were closing. It kind of sucked. But then I got a job at Oceana under Cornelius Gallagher and then Union Pacific under Rocco DiSpirito.

I came back to Philly… because I missed the city. The blue-collar mentality reminds me of home. And New York turned into a rat race after 19 months. I left Philly to go to New York and Paris and Atlantic City, but I keep coming back. And I am not leaving anymore.

My Top Chef experience was… interesting. It was fun to be competitive like that, but I don’t think I understood the full breadth of what it would entail. It was hard for me to be away from my family for so long, but it worked out very well in the end.

If you want a table at Laurel… you need to be ready right away or plan far in advance. People are making reservations 60 to 90 days in advance, but things happen. Babysitters flake. People get sick. On weekdays in the summer, we usually have one or two tables available.

One great Philly restaurant that should get more press is… Mr. Martino’s. Classic South Philly Italian food done very, very, very well, and the husband and wife who work there bring a lot to the atmosphere.

I decided to partner with the Khyber guys for my next restaurant because… of how Royal Izakaya came out. I’ve monitored what was going on there, and I saw the passion and devotion they brought to that space. And that’s what we’re doing with Royal Boucherie.

If you’re wondering what ITV means… it stands for “in the valley.” That’s the translation of the word Passyunk. We actually had it painted on the front window, because people kept asking.

The most useful kitchen gadget I own is… a cake tester, that little thin piece of wire that lets us know cake is done. But I use it to tell if a piece of fish is perfectly cooked or whether meat is the perfect temp. You can feel the temp on the little piece of wire. And it leaves a smaller mark than an actual thermometer, so you’re not stabbing your meat or fish. It’s more about feel than digits.

My biggest food aversion is… green pepper. I’m open to anything and everything, but when I go to the Home Depot and get a sausage sandwich with onions and peppers, I take the peppers out.

If you’re buying me a bottle of booze… make it an interesting tequila. I’ll be 37 on August 29th. 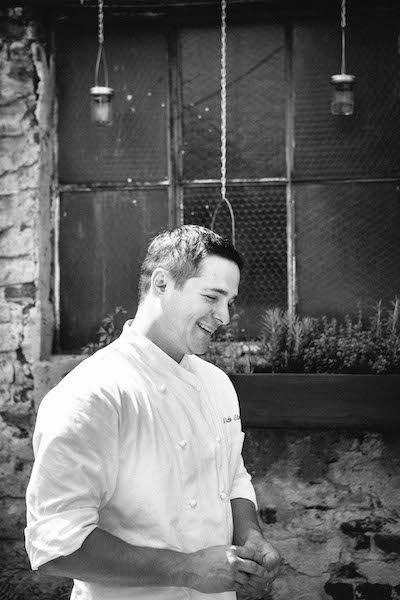 The most important thing in French cooking… is good ingredients. There’s a lot of technique involved, but if you don’t have good ingredients, much like other cuisines, it doesn’t matter what else you do.

My favorite food neighborhood in Philly right now… is still East Passyunk, because you can still do the restaurant crawl and have a pretty diverse night out. But I recently did the same on 13th Street with my wife. We went to Double Knot, Barbuzzo, El Vez, and some other place. Lots of margaritas. And, actually, we just did the crawl in Fishtown: Johnny Brenda’s, Kensington Quarters, Root, and Mulherin’s.

If you want to open a restaurant in Philadelphia, you should be aware that… you are going to get taxed every which way, coming and going.

If you come to ITV for a drink, make sure you get… the Death Star. It’s made with shochu, yuzu shrub, reposado infused with kaffir lime, and génépy.

When I read about that Zahav lawsuit, I thought… that it was a gut-check for restaurant owners, who should all have been asking themselves, Are we paying everybody properly?

One Philly restaurant I’m negligent for not going to is… Marigold. I have no excuse.

To stay in shape, I do… Muay Thai at Beacon Mixed Martial Arts and Fitness in Cherry Hill. And TRX at Pilates Soul Studio in Collingswood.

For my last real vacation, I went to… Jamaica five years ago. This is one of the very few arguments my wife and I have: We never have true vacations. I’m always working to some extent, eating constantly. We went to Montreal and had thirteen meals in three days.

If you came to Laurel tonight for dinner, you would be eating… the tasting menu with sea urchin, black bass, duck confit, wagyu beef, and alcoholic gummy bears. There’s only one menu. It’s $96 without drinks, but you can still BYO and we don’t have a corkage fee.

One restaurant trend that needs to die is… fancy burgers. A simple burger is great. But a burger with pork belly and fried onions and pickled chanterelle and foie gras? Gimme a break. It’s a fucking burger.

If an Instagrammer tried to get a free meal at Laurel… it would be a flat no. I’m fortunate enough to be able to avoid that whole thing.

Want to come work for me? You’ve gotta be… nice. We can train anybody but if you’re not inherently nice, it’s not going to work.

When you come to Royal Boucherie once it opens… expect classic French brasserie food, a tremendous amount of charcuterie and shellfish done right. Boisterous and vibrant but also very relaxed.

One thing I wish I could change about this business is… the margins. I don’t think people realize how slim they are. They look at my prices and say it’s expensive, but this is a business, and I need to stay open and put two kids through school. I was just telling my sous chef the other day, I wish I was selling fucking tires. Tires don’t go bad.