Northern Liberties residents turned out in a steady stream Aug. 14th to check out their neighborhood's newest amenity, the largest "small-format" Target yet to open in the city. 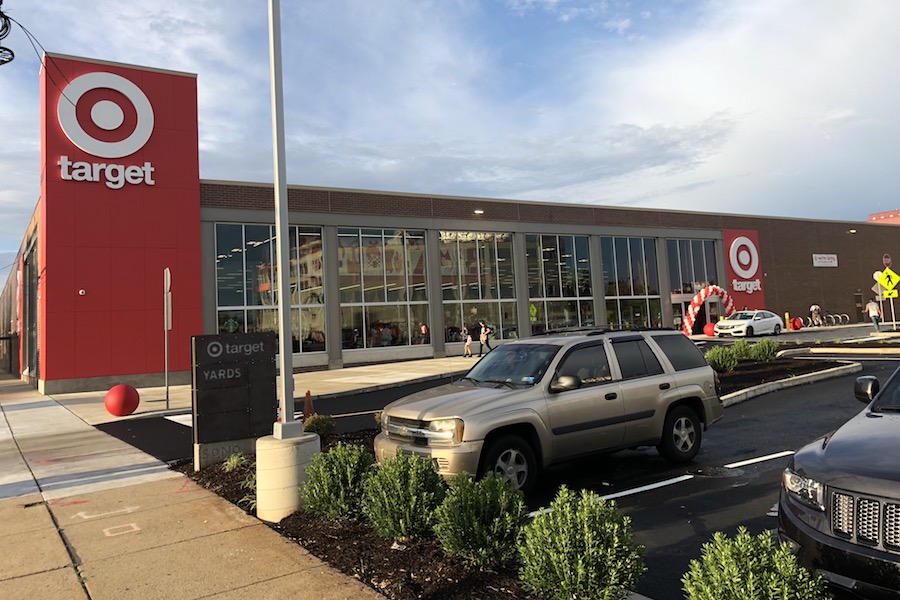 To general applause and the delight of the building’s owner, Target Corporation officials formally cut the ribbon Aug. 14th on the biggest little Target in the city. At approximately 48,000 square feet, the new Northern Liberties Target in the SoNo development on Fifth Street below Spring Garden is the largest “small-format” Target the company has yet opened in Philadelphia. (Target officials, however, point out that 48,000 square feet is just a little bit larger than the typical small-format Target store, which contains about 40,000 square feet of space.)

The “small-format” stores focus on essential everyday items that nearby residents need most often. But this one’s size lets it offer more nice-t0-have stuff as well, especially in apparel. 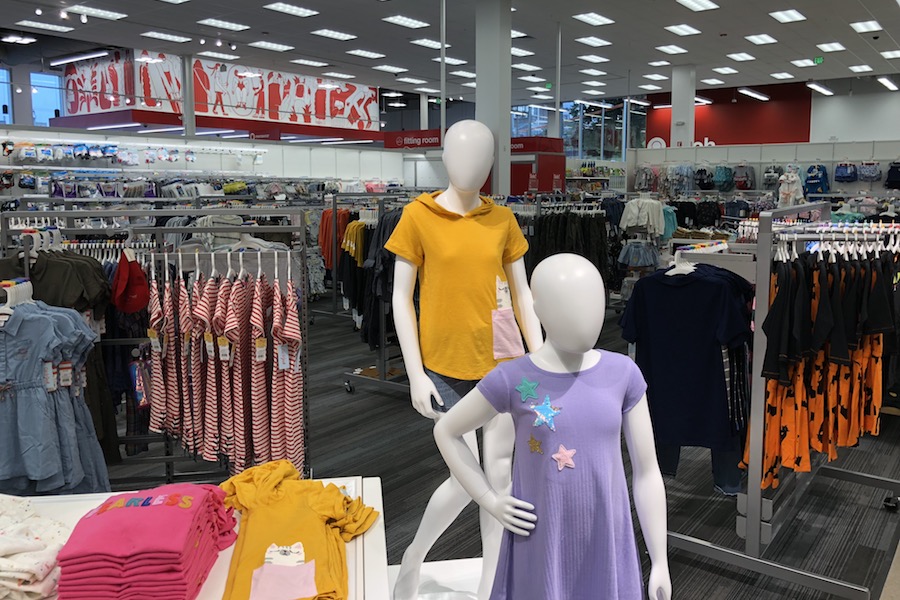 Part of the apparel section in the Northern Liberties Target.

The store also marks a departure for the chain in the way that apparel is displayed. Instead of simply putting it on racks and letting guests wander through the aisles, the apparel section at the Northern Liberties store features many of Target’s own lines displayed as they would be in a regular department store — on mannequins and in showcase displays.

The store’s beauty products are also now showcased in a similar fashion near the guest services counter. 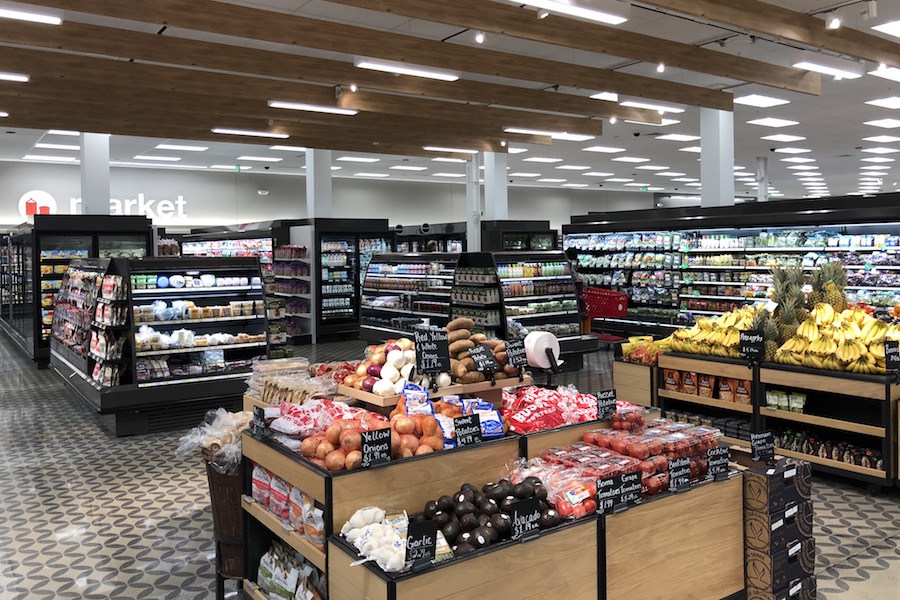 The center section of the Northern Liberties Target’s food market contains produce and a selection of dairy and prepackaged deli items.

The grocery section at the back has the product offerings of a small neighborhood supermarket as well. Suspended wood beams highlight its central section, where one can find fresh produce, fresh meats, eggs and some dairy and prepackaged deli items. Fresh meats are available in a display case next to the produce. Around this section, shelves and refrigerator/freezer cases carry an expanded selection of food items.

You still won’t find big-screen TVs or furniture for your home, but you will find an expanded selection of electronics and home goods, including small appliances and tablet computers.

And finally, the order pickup and guest services counters have been moved to a central location at the front of the store.

This store, along with a similar one that opened the same day in Haddon Township, N.J., is one of four small-format stores Target plans to open by year’s end. Two more — one in Devon, the other in the Lincoln Square apartment development at Broad Street and Washington Avenue — are set to open this fall.

The new approach the Northern Liberties Target takes to displaying merchandise and organizing the store is part of a new “next generation” store design the company plans to install in 1,000 stores nationwide by the end of 2020. At least two full-line Target stores in this region have already gotten the makeover.

“We are committed to bringing convenient shopping experiences to all guests in the greater Philadelphia area,” Jeff McCandless, Target Group vice president, said in a news release. “Reimagining existing stores and opening small-format stores will allow us to reach new guests while also delighting and inspiring current guests with the latest store design Target has to offer.”

The Target opening also brings to a close the first phase of Alliance Partners HSP’s SoNo project, a redevelopment that turned the former Destination Maternity warehouse at the southern gateway to Northern Liberties into a light industrial/office/retail facility with two anchor tenants operating facilities open to the public. In addition to the Target store, Yards Brewing Company operates a tasting room with a companion function hall as part of its new brewery, which is larger than its former facility in Fishtown. The Philadelphia City Archives, which moved here from West Philly, is the third tenant in the complex.

Details about the next phases of the SoNo project in a forthcoming article.