You can still get your hands on remnants of the defunct casino. Lamps and desks are going for $1. 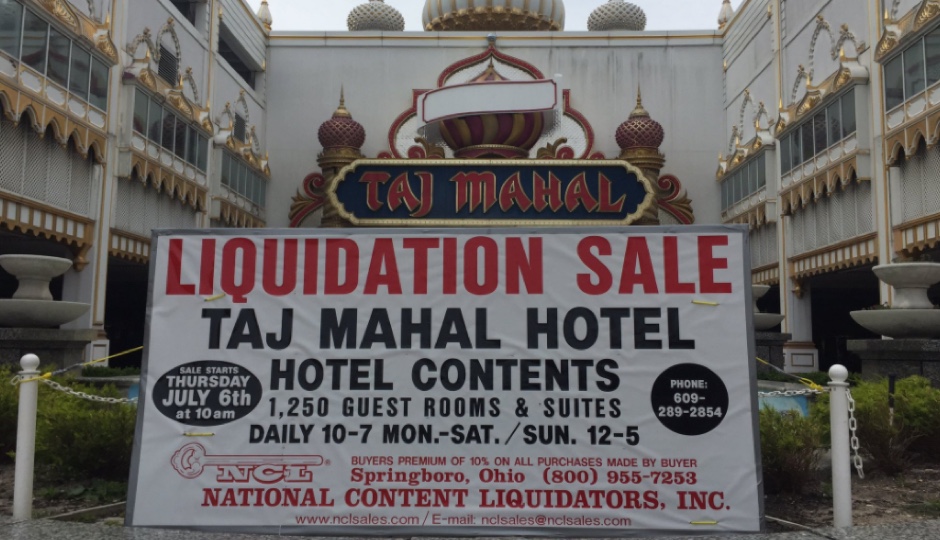 The liquidation that kicked off at the beginning of July will come to a close on Sunday or even sooner, the Press of Atlantic City reports.

In July, fancy grand pianos, ritzy chandeliers, flat-screen TVs and vintage poker tables were available. Now nightstands, desks and lamps priced at $1, $5 dressers and $25 sofa beds are all that’s left. On day one, there was even a two-hour wait to get into the sale.

National Content Liquidators, the group hosting the event, says the sale has gone better than expected. Greg Hall, a manager with the company, told the Press, “In the beginning, you could buy it [an item] and come back for it.” Now, it’s “if you buy it, you take it out. [The sale] went fantastic.”

Hard Rock International plans to spend about $500 million remodeling the property into Atlantic City’s “ultimate entertainment destination” that’s expected to open by Memorial Day 2018. The space will feature two separate arenas with more than 7,000 seats and more than 2,400 slot machines and 130 game tables.

The months-long overhaul of the space will bring in more than 1,000 construction jobs, and 3,000 permanent workers will be hired once remodeling is complete.

The property was built for $1.2 billion nearly 30 years ago, when Donald Trump called it the “eighth wonder of the world.” The casino closed in October 2016 after former owner Carl Icahn failed to ink a new contract with union employees who protested their wages, health benefits, and working conditions. Hard Rock bought the property from Icahn for just $50 million.

National Content Liquidators told the Press it will donate all unsold furniture to charity.