The property — to become a Hard Rock Hotel & Casino — will undergo a nearly yearlong transformation. 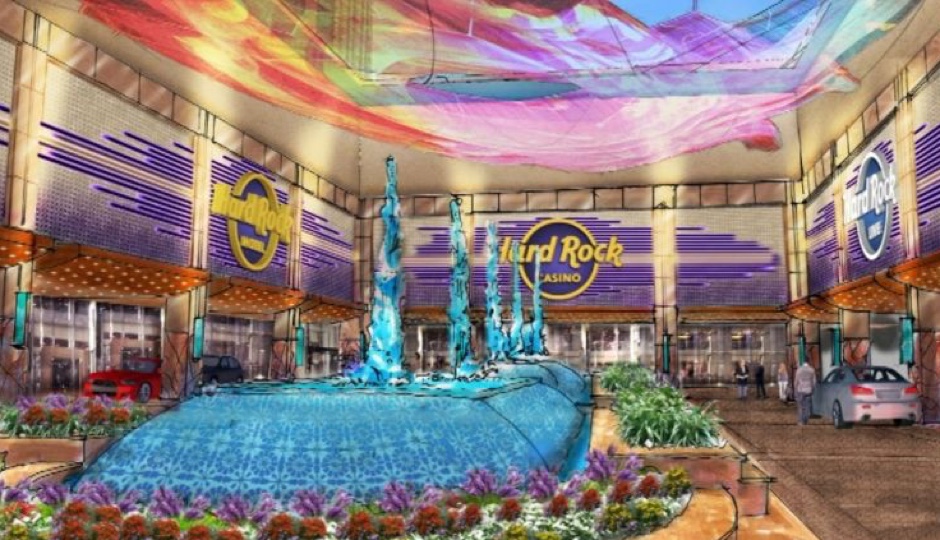 This week, Hard Rock International announced plans to reopen the former Trump Taj Mahal casino by Memorial Day weekend 2018, following what will be a months-long overhaul of the defunct property.

The company says it will begin demolition in July and move into full construction by August, according to the Press of Atlantic City. The estimated $500 million renovation will swap the casino’s 4.2 million square feet of Indian palace theme for Hard Rock’s rock ‘n’ roll casino and hotel.

Hard Rock International has previously announced its desire to open the space for the summer 2018 season, but the more definite projection of Memorial Day weekend came when the group came before the Reinvestment Development Authority board to apply for an entertainment retail district around the property this week.

The entertainment retail district designation would make the company eligible for tax breaks, the Press reports, including a rebate on sales and use taxes on building construction materials and also the luxury tax from hotel room fees.

“I think this will not only come to benefit us but also the surrounding properties,” Joe Emanuele, senior vice president of design and constructions for Hard Rock International told the Press. “We are trying to create a unique vibe.”

Atlantic City is eligible for 11 entertainment retail district and currently has five, according to the publication. Hard Rock’s application will be reviewed in a public hearing that hasn’t been scheduled yet.

Back in April, Hard Rock, which purchased the property for just $50 million, said construction would bring in more than 1,000 construction workers and 3,000 permanent workers would be hired once remodeling is complete.

Unlike the former Revel casino, which has pushed its opening date back several times, the Hard Rock project has Atlantic City hopeful. Mayor Don Guardian called it “an important project for us,” and others have its potential to save the city.