Tegan and Sara, Secret Cinema, The Lawsuits and more. 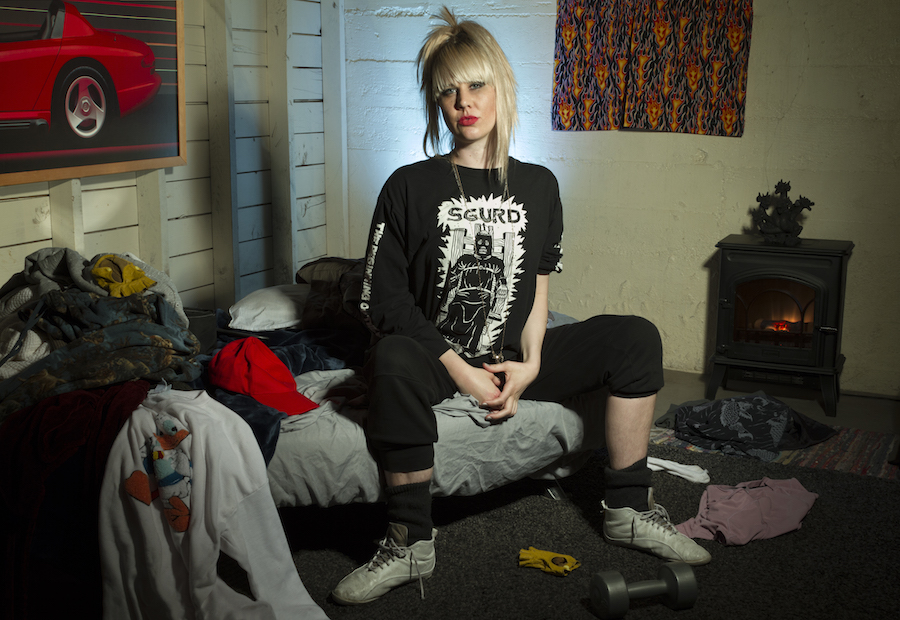 Lee Ranaldo @ Johnny Brenda’s
The Sonic Youth veteran is known as one of the best guitarists in the biz. His latest, Electric Trim, dropped in September and features appearances by Sharon Van Etten and Nels Cline, Kid Millions, and some lyrics by Jonathan Lethem.

Broken Stones @ The Drake
InterAct presents the world premiere of a play written by Fin Kennedy about a U.S. Marine investigating the looting of the Baghdad Museum in 2003. Directed by Seth Rozin. On Saturday, November 11, Tongue & Groove will perform an improvised play on the set of Broken Stones, as part of their Stolen Set series.

8Static Festival @ Icebox Project Space
Where to start? Okay, Chipmusic (or chiptune) is a genre that celebrates old-school computers and gaming consoles — lots of synths, MIDI and other electronic bloops and squelches. 8Static is a monthly chip music dance party that also hosts an annual festival. If you’re into that scene then names like Roboctopus, Auxcide and Cheap Dinosaurs surely need no introduction. Through Saturday.

Brian Posehn @ Helium Comedy Club
Brian Posehn is a funny comedian (and writer and podcaster) you might have seen on Mr. Show, The Sarah Silverman Program or Big Bang Theory. Through Sunday.

Philadelphia Asian American Film Festival
PAAFF screens shorts, features and movies from all over Asia and the diaspora. I posted about bunch of trailers earlier in the week. Runs through November 19.

Doug Stanhope @ Trocadero
The raspy, irascible and often drunk comedian is known for his blunt, cynical rants. He won’t exactly lift your spirits, but he’ll make you laugh.

Tim Barry @ Underground Arts
The ex-AVAIL frontman does acoustic “folk-punk” these days. His latest record, High on 95, was released in September.

The Craftsman @ St. Stephen’s Theater
Lantern Theater Company presents the world premiere of this “darkly ironic” play by Bruce Graham. “From the ashes of World War II, Dutch patriots discover that one of their own — a rich and reputable art dealer — has sold rare Vermeer paintings to the Nazis. Accused of treason and on trial for his life, he must decide whether to destroy his own reputation or to reveal bigger secrets behind these works that the Dutch consider national treasures.” Through December 10.

Emily Zeitlyn/Honey Watts @ Random Tea Room & Curiosity Shop
An evening of great voices. Emily Zeitlyn is known as passionate frontwoman of The Weeds and Arc Divers, and songs like this. Led by Liz Fullerton, Honey Watts does moody acoustic rock and country.

The New World @ Bucks County Playhouse
BCP presents the world premiere production of a musical comedy about the pilgrims’ arrival in Massachusetts in 1620. Book by Regina DeCicco and L.F. Turner, music by Gary Adler and lyrics by Phoebe Kreutz.

Nick Zedd @ PhilaMOCA
This event is billed as the “first-ever Philadelphia retrospective for one of the most controversial filmmakers of the 20th Century.” Nick Zedd — known for his movies Geek Maggot Bingo or The Freak from Suckweasel Mountain, Thrust in Me and The Adventures of Electra Elf — will be in attendance.

Walk in My Shoes @ Painted Bride Art Center
This Theater of Witness play is performed by police and community members and deals with “race, poverty, trauma, inequality, power, abuse, safety, heroism and injustice.”

EMA/The Blow/Olivia Neutron-John @ PhilaMOCA
An evening of lo-fi pop by artists who sound like nobody else on the planet. The music of EMA, aka Portland’s Erika Michelle Anderson, is droney and spooky, really unnerving stuff. The Blow, meanwhile, makes hot, breathy dance numbers that drill themselves into your skull, in a good way. Absolutely show up on time for Olivia Neutron-John, a recently import to Philadelphia who howls and quakes over a frozen lake of synths.

Chris Kasper/The Lawsuits @ Underground Arts
This is the last show for Philly’s The Lawsuits, a lovely and scruffy rock band who knows how to mix the earthy with the ethereal. Stick around for headliner Chris Kasper, who does it sweet and folky.

Mortal Remains @ South Street Cinema
A screening of Mark Ricche and Christian Stavrakis’ “docu-thriller” about mysterious death of filmmaker Karl Atticus, the “godfather of the slasher film.” Members of the cast and crew will be in attendance.

Diane Coffee @ Boot & Saddle
Sometimes strange and psychedelic, other times sweet and Motownish, Diane Coffee likes to work interesting little grooves into his music. It’s unpredictable, for sure, but I wouldn’t call it uncomfortable.

Modern English @ Johnny Brenda’s
“I Melt With You” was essential listening at the high school dances of my childhood. I wrote a big thing on the song yesterday. Wild that they’re playing Johnny Brenda’s.

R.LUM.R @ Kung Fu Necktie
Pleading, heart-beating R&B from Nashville. This dude’s voice soars like a dove angel, which is what doves turn into when they die.

Vir Das @ Punchline
The YouTube/Bollywood actor/comedian drops by for two nights of standup. Das is the founder of The Weirdass Pajama Festival, billed as India’s “largest comedy festival.” Saturday and Sunday, November 10 and 11.

Benyaro @ Kung Fu Necktie
The Philly roots/rock band celebrates the release of its new album, One Step Ahead of Your Past.

Chanel Ali @ Good Good Comedy Theatre
This is a Good Good Hour, wherein a fresh standup is given a full hour on stage. Chanel Ali is a funny Philly comic and you should follow her on Twitter.