Battle of the Burger: Cast Your Vote For These 7 Internationally Inspired Crafty Contenders (and Snag Your Tickets Now!) 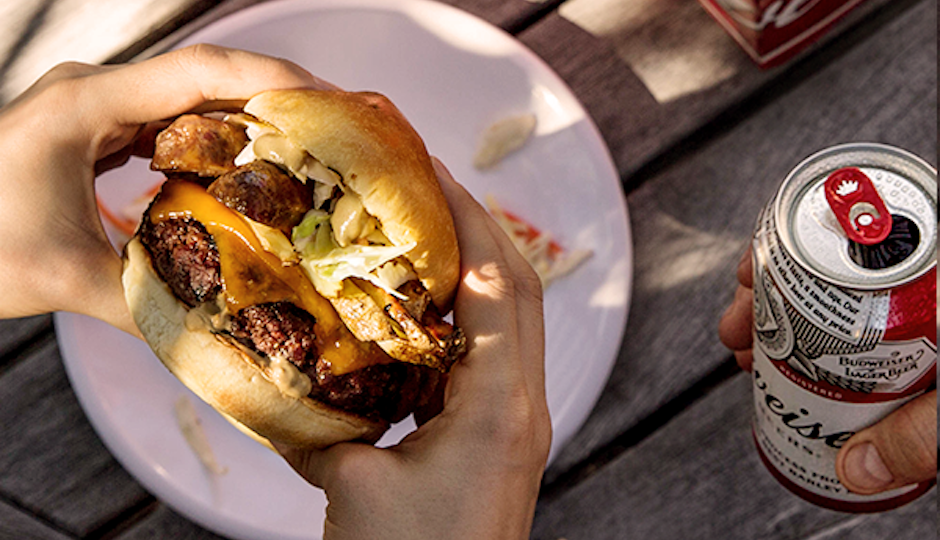 Looking for the perfect place to grab a great Philly burger? Well, we’ve got 12 in mind.

Budweiser’s Battle of the Burger event returns August 24 to Piazza at The Schmidt’s Commons, where six top restaurants will duke it out for first place. But we need your help to cut our list in half.

More daring eaters will be drawn to the unique flavor combinations that some of our top 12 burgers offer. Here’s an inside look at seven of the internationally inspired burgers on our list:

A true Hamburg-esque hamburger, the Kielbasa Burger is an eight-ounce, ground pork butt patty, rubbed with cracked black pepper, garlic and kosher salt and topped with Budweiser-braised sauerkraut, sweet Vidalia onions, goat cheese and spicy brown mustard, served on a toasted pub roll. Who knew that an Irish sports bar in the Northeast could make a German burger this good?

For fancier fare, this European-inspired burger from Doylestown packs both pig and fig on its toasted brioche bun. The eight-ounce, chargrilled Angus beef burger is covered with creamy brie, braised pork, arugula and fig jam. It’s so far from fast food, you may want to eat this one with pinkies raised.

The Union Tap won last year’s Battle of the Burger with their Pig Mac – a fried pulled pork and mac and cheese combo. They’re back in the ring this year with a new heavyweight: Porkzilla, an Asian-fusion burger seasoned with ginger and wasabi, is smothered with thick-cut pork belly, Asian barbecue sauce and house-made pickled slaw.

A creation from the popular burger chain headed by the famous Wahlberg family, the Fiesta Burger is one-half pound of beef, dusted with a house-made southern spice mix and topped with jalapeños, lettuce, pepper jack cheese, house-made salsa, chipotle mayo and pickles. It’s even tasty enough to forgive the R. Kelly and Jay-Z remix getting stuck in your head all day.

Part-Irish, part-Polish, the Irish Rover Burger is aptly named after its Langhorne home base, serving an Angus beef patty under sauerkraut, Swiss cheese and Thousand Island dressing on a fluffy pretzel bun. When they’re (literally) willing to stake their name on it, you know it must be top of the line.

Click here for descriptions of the remaining five burgers.

SPONSOR CONTENT The Battle is Back: Vote Now for the Battle of the Burger

SPONSOR CONTENT Here’s the Winning Burger From Budweiser’s Battle of the Burger 2017!