Battle of the Burger: 5 All-American Classics Compete for the Crown (Vote Now and Get Your Early Bird Tickets!) 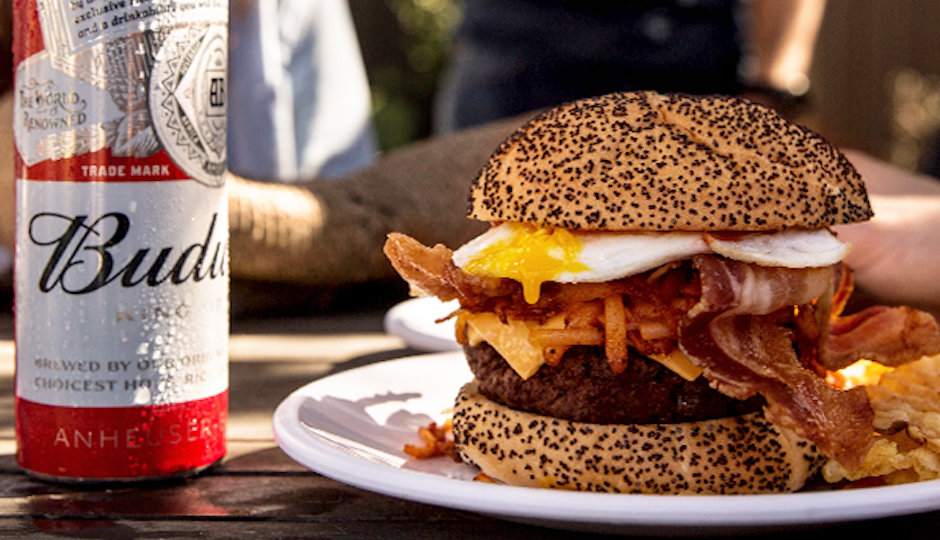 Calling all foodies and burger connoisseurs! We need your help!

We have the delicious dilemma of narrowing down a list of local restaurants’ burgers from 12 to six. Those top six contenders will move on to the Budweiser Battle of the Burger on August 24 at Piazza at The Schmidt’s Commons to fight for the title of Philly’s favorite burger.

In addition to tasty burger bites, the event will feature lawn games, live music and a new leather koozie station with personalized typesetting – you know, so there’s no excuse for anyone to steal sips from your drink again. And if you buy your tickets now, the price is only $35; it will increase on July 31!

A good burger is as much an American food staple as apple pie. Here’s an inside look at five classic, backyard-style burgers on our list:

Yee-haw! Lasso up this eight-ounce Black Angus patty, piled high with shredded cheddar-jack cheese, fried crispy onions and chipotle ranch on a brioche bun. If you think this Barnaby’s burger from their West Chester location deserves to win, ask yourself just one question: Do I feel lucky? Well, do ya, punk?

If you really love bacon, you’re not alone. The folks over at Maggie’s pay tribute to the best breakfast meat with a 100% Angus beef and smoked bacon patty, stuffed with cheddar-jack cheese and then topped with even more smoked bacon and cheddar-jack cheese, plus Maggie’s special BBQ sauce on a brioche roll. Maggie’s claimed the second place spot for last year’s battle, so you can trust that they know what they’re doing.

Cheddar, avocado, fried egg, barbecue pulled pork, smoked paprika aioli, onion rings… The most indulgent ingredients top this savory, certified Angus beef patty from Milmont Park. Grab a napkin (or two) before digging in. Ironically, we are asking you to judge this burger, but nobody is judging you for loving every bite.

This Downingtown burger needs no fancy toppings or titles. The hand-pressed 80/20 ground chuck patty is topped with sharp cheddar, lettuce, tomato and onion on a house baked white bun. And that’s all you need.

SPONSOR CONTENT Here’s the Winning Burger From Budweiser’s Battle of the Burger 2017!

SPONSOR CONTENT Vote Now: The Budweiser Battle of the Burger Returns This Summer and We Have the 2017 Lineup (Plus, Your Chance to Win Made in America Tickets!)

SPONSOR CONTENT How to Assemble And Order the Perfect Burger, According to the Internet