A collection of - we won't call these predictions, for our crystal ball is cloudy today. 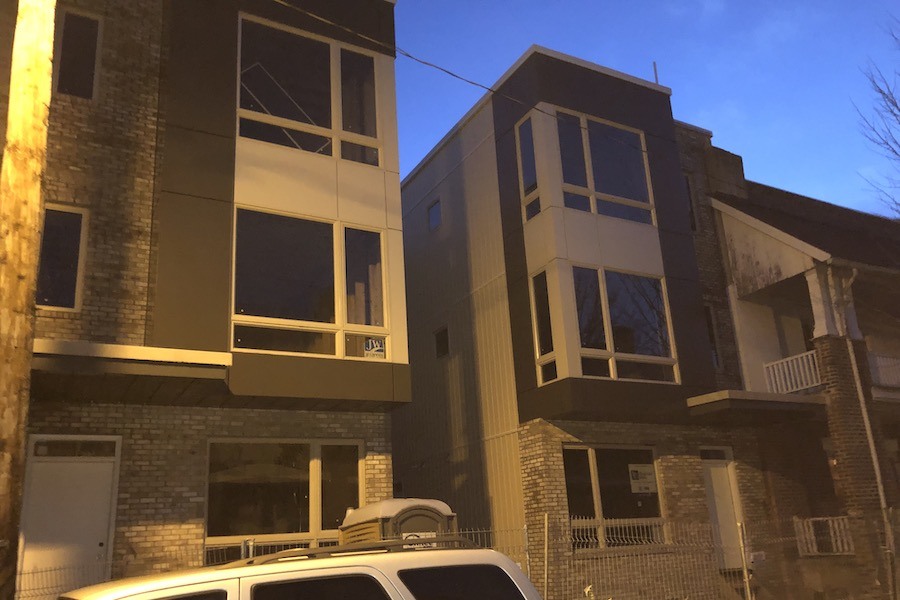 Our wish list items all have one common aim: We’d like to see more of this sort of thing all over the city in the year ahead. But we’d like it to fit in better with its surroundings. | Photo: Sandy Smith

Now that the final chapter of 2018 is being written, it’s time to turn our gaze ahead into the year to come. We already identified some of the big challenges Philly and its real estate market face in 2019. Now we’re going out on a limb and offering a short list of things we hope (or fear) we will see happen this coming year.

Hope: Harrisburg takes another stab at reforming property taxes. Since the current General Assembly failed to pass a bill that would allow Pennsylvania municipalities to tax different classes of property at different rates this year, the clock has to start all over again on amending the state Constitution. Which means the earliest Philadelphia might be able to tax commercial property at a higher rate is 2023, because any state constitutional amendment must be passed by two consecutive legislatures and approved by voters at a state election. This was a good idea when Paul Levy and Jerry Sweeney first talked it up, and it remains a good one now.

Hope: City Council lets the citizens determine who builds what where. The longstanding tradition of “councilmanic privilege” — where district City Council members get to exercise control over development within their districts — is unwritten, which means that Council can get rid of it anytime it wants to. But since it opens up so many opportunities to reward friends and punish enemies, as we’ve been recently reminded of again in Point Breeze, it’s not likely that it will.

Hope and fear: The mismatch between construction costs and house prices gets fixed. “New York construction costs and Philadelphia rents” has become the mantra builders and developers trot out to explain why more stuff doesn’t get built expeditiously here. The ideal solution would be for the construction trades unions to either moderate their wage scales or work with contractors to identify ways to save money elsewhere so that the costs come down. That would also make it easier to build more housing that people can afford. What’s more likely, however, is that house prices and rents rise — maybe not to New York levels, but enough to make affording a home a tougher nut to crack for Philadelphians across the board.

Hope and fear: The housing market cools off. Tight inventories and rising prices have made it harder for households to become homeowners and for current homeowners to trade up hereabouts. Falling homeownership rates are a nationwide phenomenon, but they’re especially disturbing here, given this city’s traditionally high rates of homeownership. There are signals that the market may be softening, and fourth-quarter stats that should come out late next month will confirm or refute those signals. We certainly don’t want to see a rerun of 2008, and we hope that current homeowners don’t have to suffer as a result, but we think that an easing of those price hikes at the very least might cut buyers a break. And they could use one.

Fear: We will find we blew an opportunity for real zoning reform. It’s been six years since the city undertook a wholesale revision of its zoning code with the aim of making it easier for developers to build without jumping through hoops. But the Zoning Board of Adjustment’s docket and its meetings don’t appear to have gotten any shorter, and for too many projects, variances remain hurdles.

We suspect this is because we remain trapped in Euclidean* zoning logic, with its emphasis on rules, formulas and strict use definitions. Newer types of zoning place less emphasis on building dimensions and uses and focus more on how well buildings fit in with their neighborhood context. Lower Merion Township this past year switched to one of these new types, “form-based zoning.” It will be interesting to watch what happens there on the construction and development front. We might want to take notes, especially those of us who would like to see denser development that still harmonizes with the rhythm our city neighborhoods have now.

*This word has nothing to do with geometry in this case. Instead, it refers to the 1926 Supreme Court case Village of Euclid, Ohio, v. Ambler Realty Co., which legitimized the zoning codes many American cities were adopting at the time to regulate land use and building types.

A footnote on the photo at the top of this article: Here you have visual evidence that the Wave of redevelopment that has swept across University City is crossing 52nd Street. These two new residential buildings — most likely multifamily structures like the duplexes that surround them — are going up on the 5400 block of Chancellor Street, which was developed right around World War I as a block of middle-class two-flat apartment houses.