The Challenges Philly Faces in the Year Ahead

The city may be driving growth in a slow-growth region, but in order for the entire city to benefit, there are some issues that need tending to. 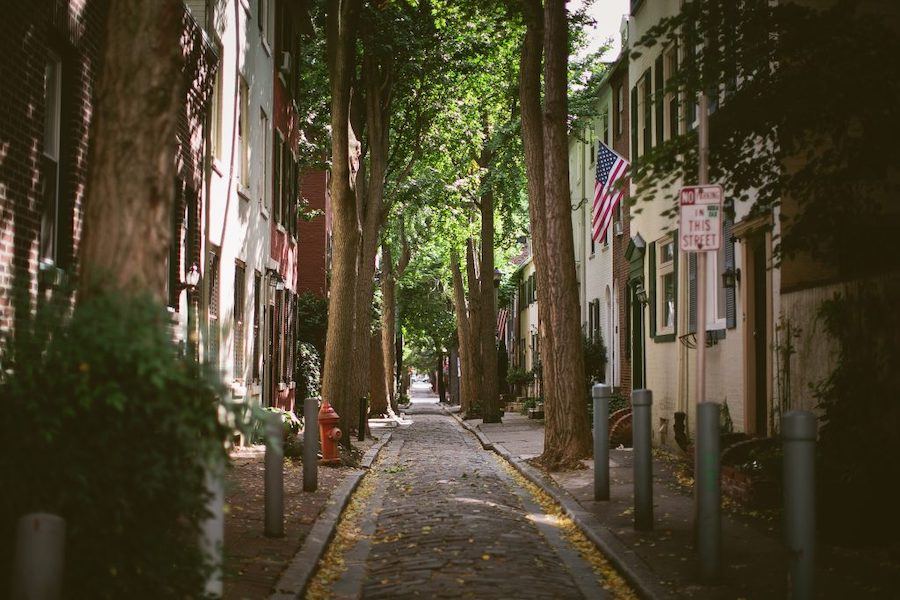 Center City neighborhoods like Washington Square West and their surrounding areas may have turned a corner, but the rest of the city hasn’t done that yet. Here are some of the issues that need to be addressed in order to bring the city as a whole back to good health. | Photo: Sandy Smith

Center City and its surrounding neighborhoods may have turned a corner, and the job and population growth in those areas may have propelled Philadephia into the ranks of the fastest-growing counties in our metropolitan region. But that doesn’t mean that the city as a whole is out of the woods yet. And if the city isn’t out of the woods, neither is the region.

The region as a whole remains a slow-growth one. That has some advantages when the economy sours, but when things are going relatively well as they are now, the downsides come to the fore. Among other things, those downsides have produced this paradox: One of the most affordable big-city housing markets in the country has an affordable-housing problem.

The clouds in the silver lining

At the Central Philadelphia Development Corporation’s quarterly meeting at the Union League Dec. 18, Executive Director Paul Levy outlined what some of those downsides are in the city:

Not enough wealth to adequately fund public education. The amount of assessed property value per pupil in the city is $275,000, according to Levy. This may not sound all that bad until you consider that this figure is well below the statewide per-pupil average of $487,000. Pittsburgh’s real property has an assessed value of $738,000 per pupil, and in Lower Merion Township just over the city line, the figure is $1.5 million. Put simply, this means that the city really can’t afford to fund public schools to the point where they can offer the same quality of education the best suburban districts offer.

Net intraregional out-migration. And, of course, everyone knows that the quality of the schools is one of the major factors driving young city families to relocate to the suburbs. But it may not be the principal issue driving that decision. Since 2000, the population has fallen in 38 percent of the city’s 47 zip codes, and 62,000 more people within the region have moved out of the city than into it during that same period. Moreover, 81 percent of the households that have left the city since 2010 have no children, and many of the departed have household income of $125,000 a year or more.

A mismatch between residents and jobs. Jobs may be chasing talent to the places where it prefers to live, but for many in this region, talent still travels to where the jobs are, and many of those are in the suburbs. According to Levy, more than 40 percent of those living in outlying city neighborhoods reverse-commute to jobs in the suburbs. While some of these people are newcomers who want to live in a dynamic city neighborhood, many more are current residents who might prefer to work in the city if they could find suitable employment there.

Growing jobs should be Job 1

The easiest cure for all these ills, Levy said, is simply for the city to grow faster. The city’s famously high poverty rate has actually fallen from its 2011 peak of 28 percent, and if the city had added jobs merely at the pace everywhere else in the country added them over the last three years (1.7 percent), it would have fallen further. But the city’s growth rate of 1.4 percent not only trails the national average, it’s well behind the 2.3 percent average for the nation’s 26 largest cities. Among that group, Philadelphia’s growth rate is lower than every city but Chicago and Memphis.

The principal answer to that, the participants in the panel discussion that followed generally agreed, is to stimulate the growth of new local businesses across the city. Partnerships between large and small businesses, businesses and government, and programs like those sponsored by West Philadelphia’s Enterprise Center all have a role to play in moving this ball forward.

“The North Star we should all have in terms of what development can solve is growing jobs,” said Brandywine Realty Trust CEO Jerry Sweeney. “Nothing changes a person’s perspective or attitude on what they value in life like having a job.

“I would work with public policy leaders to say that what the number one priority we as a city should have at the end of the 10-year period is that we’re one of the top five job-growing cities in the country.”

But it’s not the only job

And Union Packaging CEO Michael Pearson urged attendees to brush up on history in order to understand how we got the housing markets we have now. In particular, he recommended three books for everyone to read: “The Color of Law,” “The New Jim Crow” and “Evicted.” These three books show how public policy baked segregation and extremes of wealth and poverty into our housing markets.

Gentrification, perhaps ironically, could go a long way towards reducing if not eliminating these baked-in inequalities, but first, he said, we need to understand everything that’s wrapped up in that term. “There are mornings when I wake up and say, ‘I love gentrification!'” he told the audience. “But I also have relatives who live in the ‘hood, and gentrification is a threat to them.” The circle no one has yet been able to square effectively is this: Is it possible to have neighborhood revitalization that produces much-needed new businesses and jobs without driving those who need both the most away from them?

That may be the hardest of the conversations we should have in this city in the year ahead. But there’s no question that we should have it, for it will make preparing the ground for the seeds of new jobs to be planted that much easier.