Could Philly’s Skyline Have Timber in Its Future?
Subscribe
Follow
I'm a scraper
This search result is here to prevent scraping

Could Philly’s Skyline Have Timber in Its Future?

Wooden beams as strong as steel are making new kinds of buildings possible. 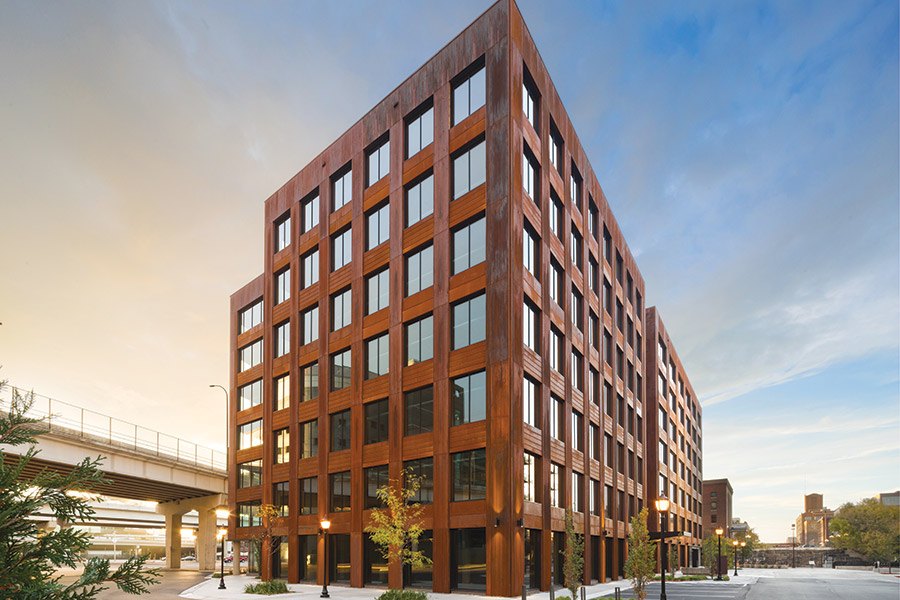 When you were a child, did you always want a treehouse to play in? Now that you’re a grown-up, you might actually be able to live in one.

Architects and engineers have been constructing tall buildings out of steel and concrete ever since the skeleton frame was invented in the 1880s. But a recent technological advance now makes it possible to build them out of an unlikely material: wood. Is Philly’s newly shimmering skyline ready for something a little more natural?

Known as “mass timber,” these thick laminated-wood beams are as strong as steel but much lighter, and new high-rise buildings utilizing them are popping up in cities like Tokyo, Minneapolis and Newark. “Wood is the future of affordable building,” says Vancouver architect Michael Green, whose firm is a leader in the mass timber movement.

The benefits are many: Light weight means entire sections of buildings can be assembled off-site; the beams are more eco-friendly than their steel- or concrete-frame counterparts; and, most surprisingly, they perform better in fires because they char instead of melting.

These advantages have architects dreaming. Hickok Cole, a Washington-based firm, entered a competition that challenged entrants to design a hypothetical skyscraper project. Its entry: a 62-story hybrid timber tower for Comcast on Arch Street, just where that company’s rumored third tower would go. Sean McTaggart, a Hickok Cole partner and Philly native, estimates that a wood Comcast tower could be finished three months sooner than it’s taking to complete the second one and would cost 20 percent less. Those savings could do wonders for the construction of affordable apartment buildings hereabouts.

They’d also do wonders for building owners’ bottom lines; McTaggart says owners of wood office buildings on the West Coast have been able to charge $5 to $10 more per square foot because people love working in them.

So why don’t we have one yet? Besides the question of how Philly’s unions would react to mass timber construction, local building codes were written to deal with much less sturdy and more flammable stick timber. Hickok Cole is working with regulators in D.C. to revise local codes to permit taller wood structures there, so maybe it’s just a matter of time before someone unveils plans for that wood-framed deluxe apartment in the Center City sky.

Published as “Good Wood” in the April 2018 issue of Philadelphia magazine.