Dispatch: Could This Code Enforcement Strategy Work in Philadelphia? 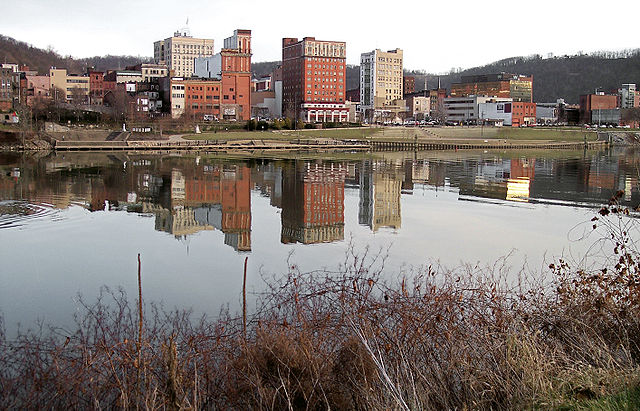 Next City is hosting a live blog of the 2013 Reclaiming Vacant Properties conference, now ongoing in Philadelphia. This is one of Property’s contributions to that blog.

Every city wants to know the secret to effective, budget-friendly code enforcement. But if there’s a magic bullet, no one who attended “Creative Partnerships for New Municipal Approaches to Code Enforcement and Nuisance Abatement” on Tuesday at the Reclaiming Vacant Properties conference has yet discovered it.

The meeting room’s round banquet tables at the Pennsylvania Convention Center were crowded with people from Georgia, California, Mississippi — so many states and municipalities, all struggling to find a way to penalize absentee landlords and rid neighborhoods of vacant properties.

Nancy Prager, who supervises code enforcement in Wheeling, W.Va., conceded the specificity of her example. Nonetheless, she said that Wheeling’s Vacant Property Registration can (and should) be replicated anywhere.

One-fifth of Wheeling’s population is over 65, with many of them on limited incomes. This means they don’t necessarily update their homes, and once they pass away, the structure may not be in good shape. Many of them die without a will and family members don’t always know how to deal with the properties.

The Vacant Property Registration program gives property owners a year without fees or fines to deal with the property — as long as they are registered. (If they don’t register, they are taken to municipal court.) After the first year, the fees pile up.

“I hope I don’t collect a dime,” Prager said, noting that she’s looking for responsible homeowners, which is why the fees are high. “I downplay the money part.” Since its 2009 inception, the program has earned $30,000. Which “is nice,” Prager said, only because it provides the funds for demolitions that otherwise couldn’t be done.

Wheeling’s Registration program allows for right of entry, which is what makes it especially useful. It gives the code enforcement officer the ability to check on a property and provide information to police and fire departments if necessary. That right-of-entry clause in the ordinance incentivizes improved stewardship of properties, Prager said.

Since 2009, 262 properties have been registered in Wheeling. Of those, 161 remain active, 33 have been demolished, 60 are now occupied and eight are slated for future demolition.

If other cities considering adopting the model have objections, Prager said, “stats usually change people’s minds.” Stats like the number of fires that start in vacant buildings, the decrease in adjacent property values, the higher incidence of crime and the strain on city personnel.

“Administratively, it is a heavy project to run,” Prager said. But judging from the positive reception, she’d already persuaded a few audience members it would be worth it.