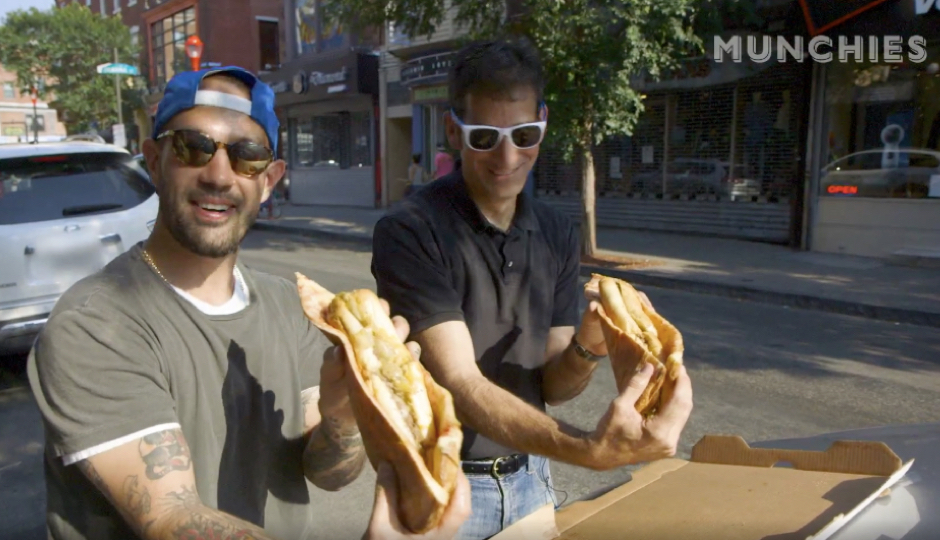 Screenshot of Vice’s The Pizza Show

It’s news to exactly no one in Philadelphia that our city makes some great pizza. But it’s nice that Vice’s The Pizza Show decided to spread the word with a Philly-centric episode that dropped yesterday.

So which pizzerias did host Frank Pinello, the show’s host and owner of Best Pizza in Williamsburg, Brooklyn, see fit to spotlight on his Philly tour?

To his credit, Pinello hits most of the highlights. He starts by meeting up with chef Brad Spence at Pizzeria Vetri, then heads to the Italian Market, where he and Spence stock up on ingredients from Di Bruno Bros. and Fiorella’s to top a Sicilian-style pizza made with the team at Amis.

Next, Pinello heads northeast to taste the fare at Tacconelli’s and then, of course, stops by Pizzeria Beddia for a look behind the scenes (and at the line). He closes out the city leg of his visit on South Street, somewhat reluctantly trying the Philly Taco — one of Lorenzo’s enormous slices wrapped around a cheesesteak from Jim’s Steaks — before heading to Manheim in Lancaster County, where 70-year-old pizzaiola Norma Knepp turns out Caputo Cup-winning New York-style pizzas at her tiny stand, Norma’s Pizza, in the Roots Country Market.

Not a bad itinerary for a Philly pizza tour, although we’d also recommend adding a stop at Pica’s in Upper Darby and a quick jaunt over the bridge to our 2017 Best of Philly winner Angelo’s. And what, no love for Pizza Gutt? Maybe all his slots for the week were already taken.

Watch the full episode below.