Ilana Maurer contacted Somerset Splits via Instagram to create the sweetest of treats. 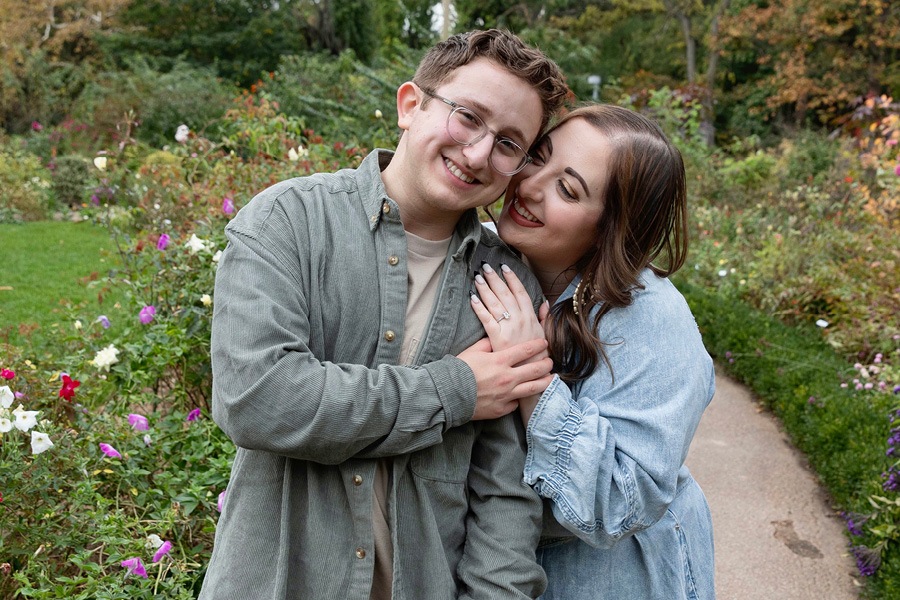 Proposal season is here, and we’re kicking off our coverage with a very sweet engagement. It started with a proposal at Bartram’s Garden and ended with another — featuring a special ice-cream sundae — at Somerset Splits in Fishtown. Photographer Georgina Berbari captured the garden engagement, which you can see below. Stay tuned for more proposal and engagement coverage in coming weeks! 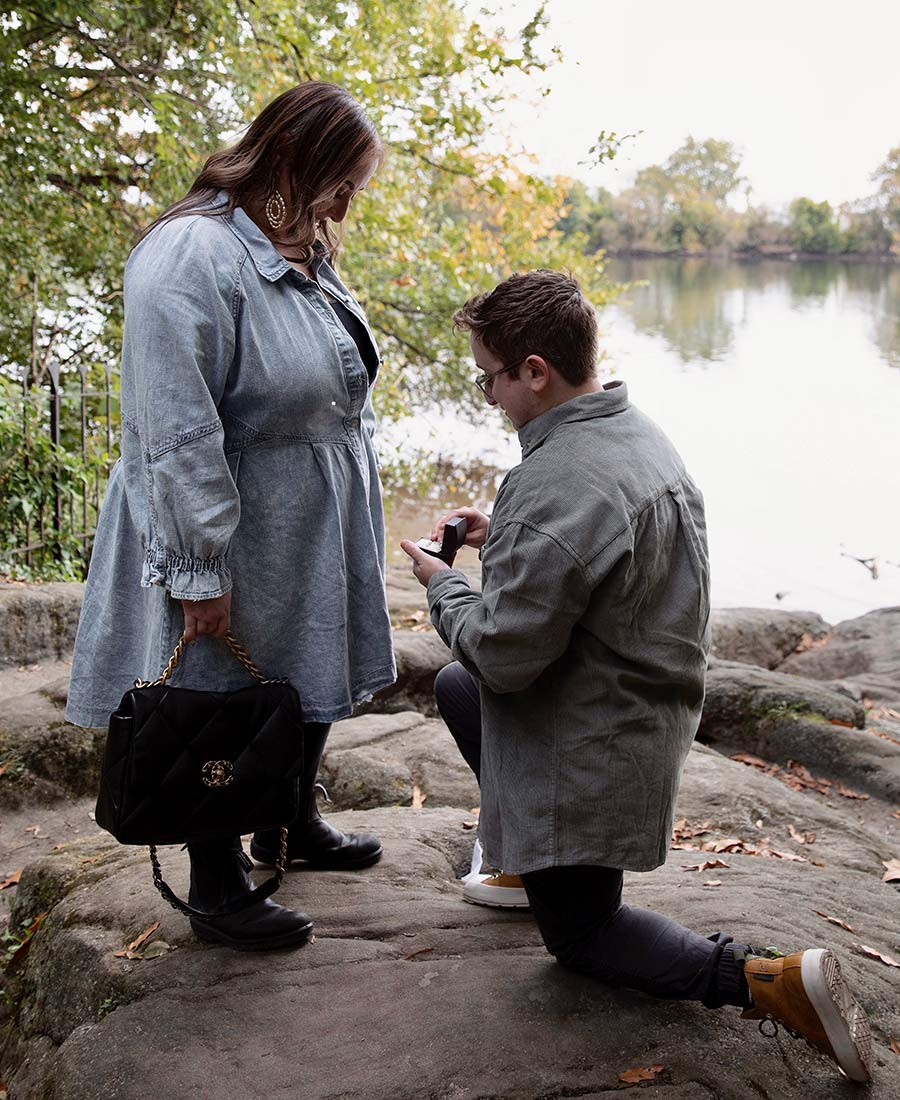 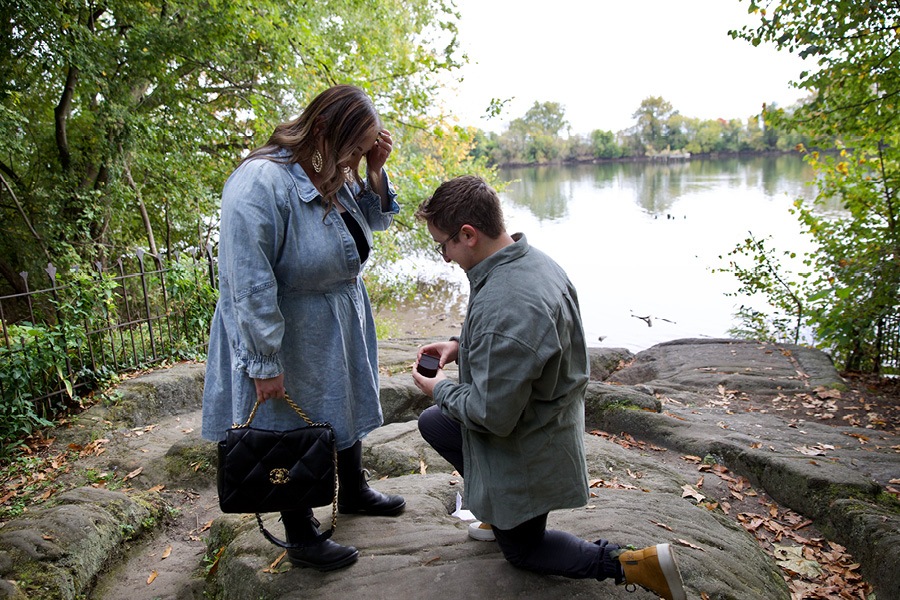 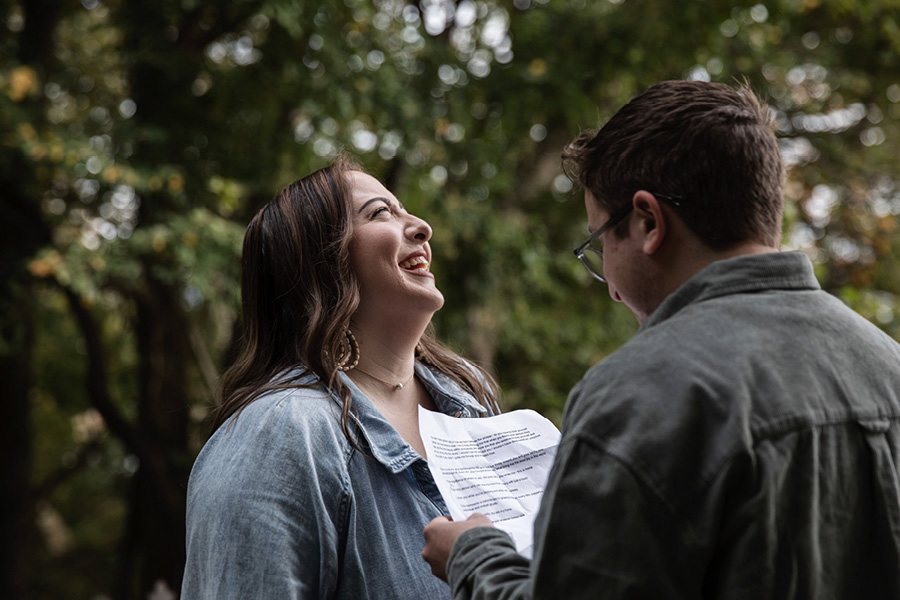 How they met: Ilana and Ren matched on Tinder before each of them embarked on work-study-abroad programs in the summer of 2016. Ilana was heading to London, and Ren to Tel Aviv. Though the two never met in person, Ilana and Ren moved from texting to talking on the phone to FaceTiming until the wee hours — sometimes until 4 a.m. “The ease in conversation and the instantaneous connection felt as if we were picking up where we might’ve left off in another lifetime,” recalls Ilana.

The couple’s first in-person meeting: Ilana and Ren got home in July and August 2016, respectively. Ilana drove to Ren’s family’s home to “meet” them the same day they landed. “After three months of getting to know each other, we both have never forgotten what that first hug and kiss felt like,” says Ilana. The duo dated for five and a half years before Ren popped the first question.

Ren’s proposal story: Ren planned a month of surprises in October — Ilana’s favorite month — beginning with a stay at the Notary Hotel, visits to fall markets in Dilworth Park and Rittenhouse Square, and dinner at Butcher and Singer. Back at the hotel, Ren had arranged for champagne, chocolate-covered strawberries and a cheese board to enjoy in the room. “I think that really threw her off,” they say. The next morning, Ilana’s parents came in from New York for a double-date day in Manayunk, followed by dinner at Victor Cafe. 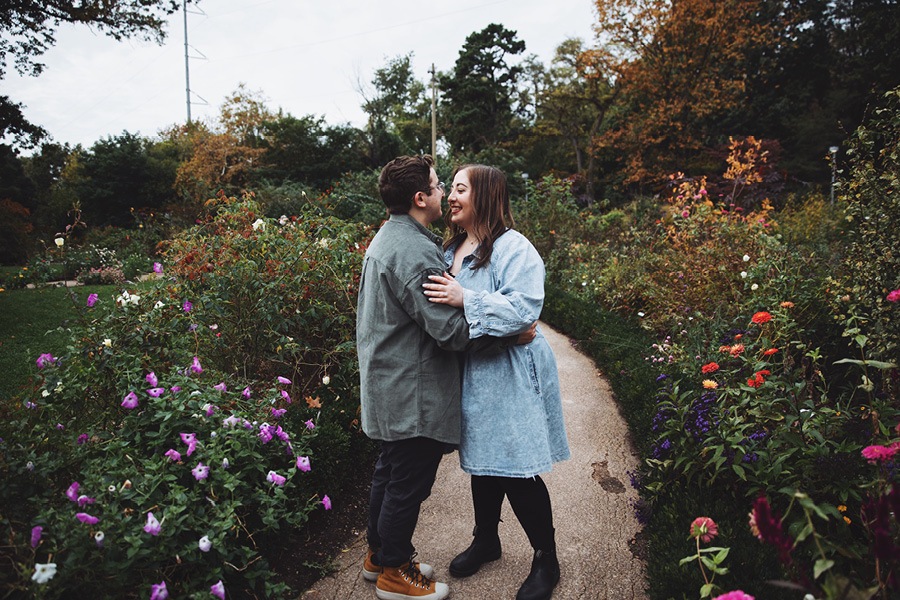 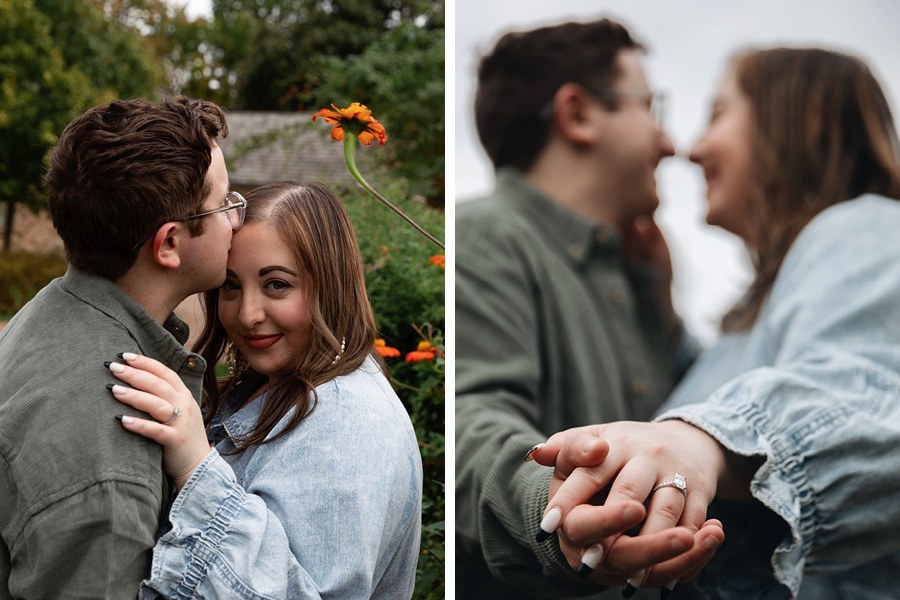 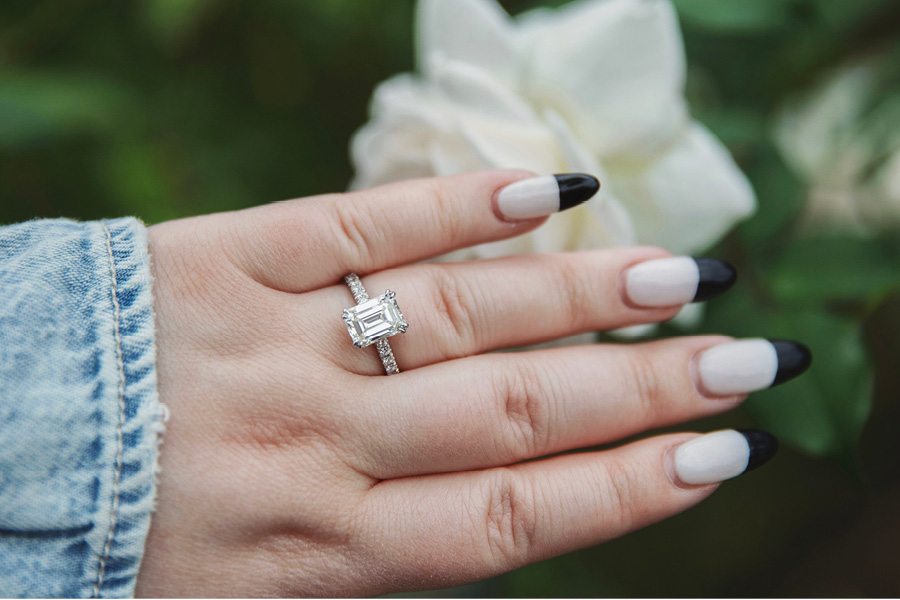 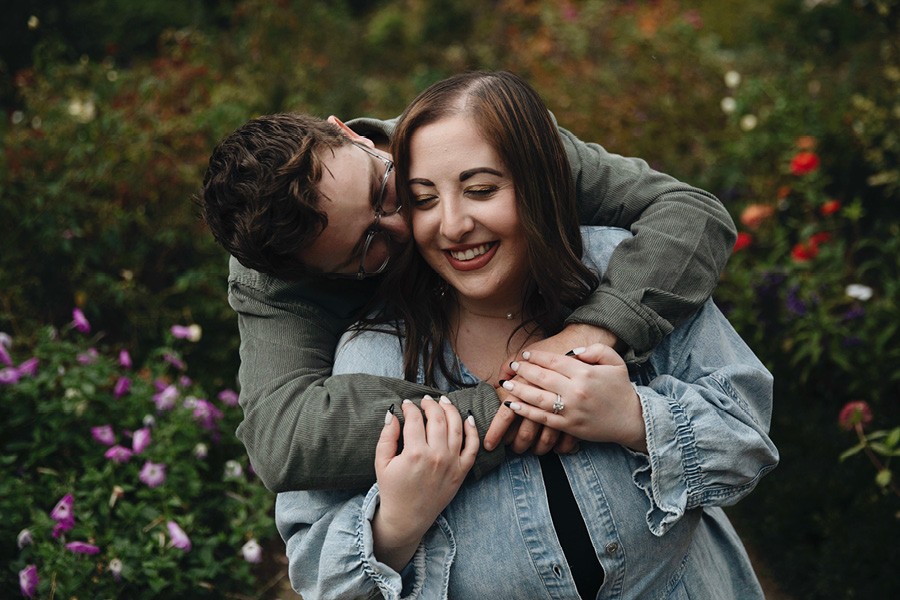 The big moment: The month of surprises continued a few weeks later with brunch at Cafe La Maude — and the proposal. The restaurant doesn’t take reservations, but Ren had contacted the team about their plans, and a table was reserved. Ilana and Ren later went to Bartram’s Garden. “Two of her/our favorite things are foliage and views of water, so I knew it was a beautiful fit for us,” says Ren, who told Ilana they were attending a fall event hosted by the garden. The real plan: The couple’s friend and photographer, Georgina Berbari, was defending a large rock near the water and surrounded by trees — the perfect spot for the special occasion. Ren had written out beforehand what they were going to say. “I think I read it to her three more times that day because in the moment we both just couldn’t believe what was finally happening,” says Ren.

The post-proposal festivities: The couple did a mini engagement shoot then headed to Bistro Romano for dinner in the wine cellar and a surprise party at home with their families.

Ilana’s proposal back: Four days later, Ilana pulled off her own proposal. She contacted Somerset Splits via Instagram, and the team quickly agreed to help her. They wrote, “Ren, Forever and Whatever Comes Next…” on the chalkboard specials menu with a custom sundae featuring pumpkin ice cream, Oreos, “peanut budder sause” and “marshmellow sause.”

The second big moment: Ilana only told her sister Ashley and Ren’s brother Ethan, who came along for the big moment at the ice cream shop. (The couple’s dog Zoey was there, too.) Ethan had never visited Somerset Splits before, and Ren was excited for him to try the specials. When Ren and Ilana got to the front of the line to order, Ren said, “Oh, let’s see what they have special tonight,” looked down to read the board and started mumbling the ingredients of the custom proposal sundae under their breath. Ilana started to laugh because Ren still hadn’t noticed the name of the sundae. “They said, ‘What’s so funny?’ and I said, ‘What’s the name of the sundae?’ They started to say ‘Ren, Forev’ and they were completely taken off guard,” shares Ilana. That’s when she pulled Ren out of the line and showed them the ring. 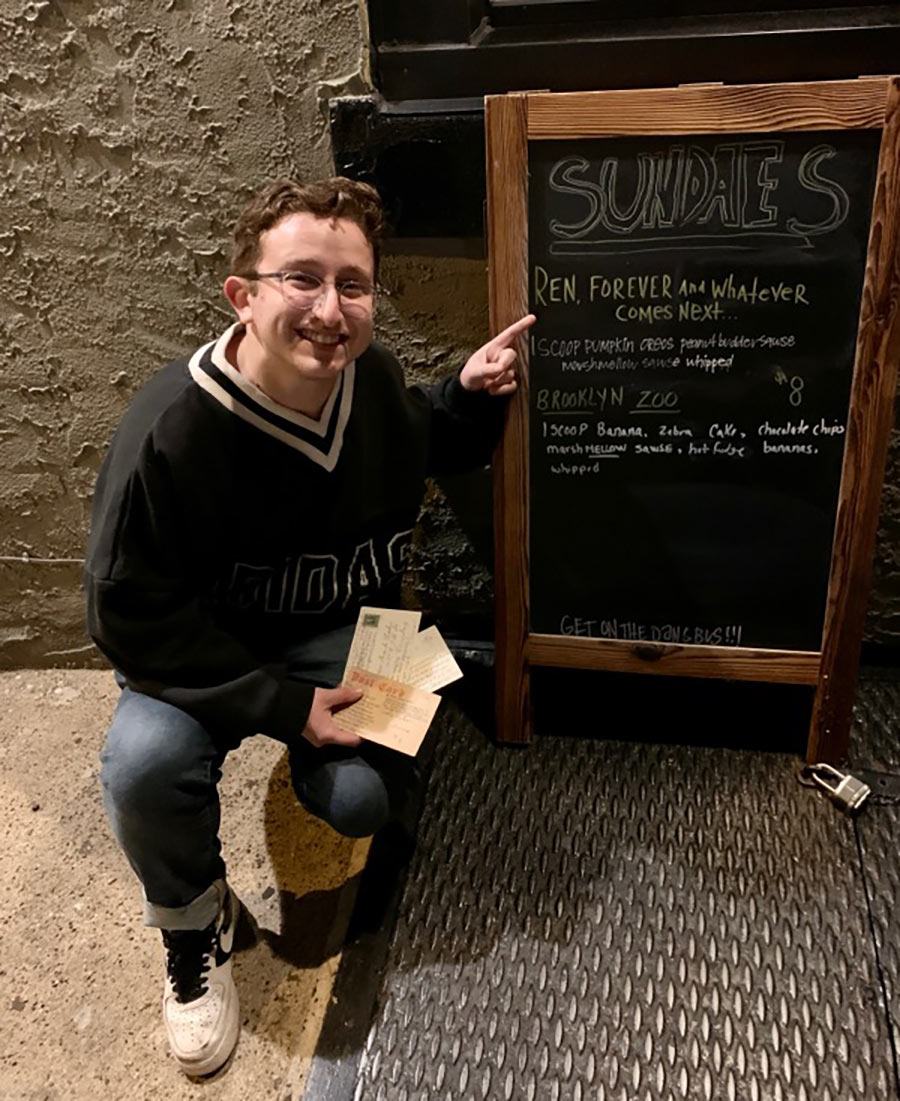 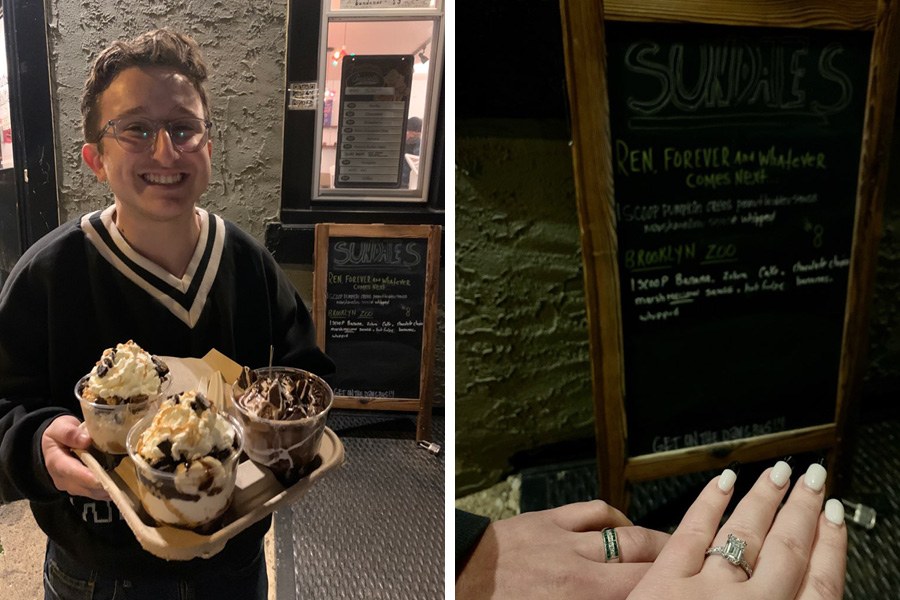 What the couple did next: They ate their ice cream, of course — Ren got their signature sundae. “The staff noted that they had a lot of fun hearing people order the ‘Ren’ all day,” says Ilana. The happy duo then FaceTimed their families to share the continued celebrations.

Ren’s reaction: They were shocked and thought it was a coincidence that their name was on the board. “I kept reading and was speechless. I genuinely thought we were going there to have my brother try out our favorite sundaes. I’ve repeatedly said they have the best sundaes I’ve ever had.” 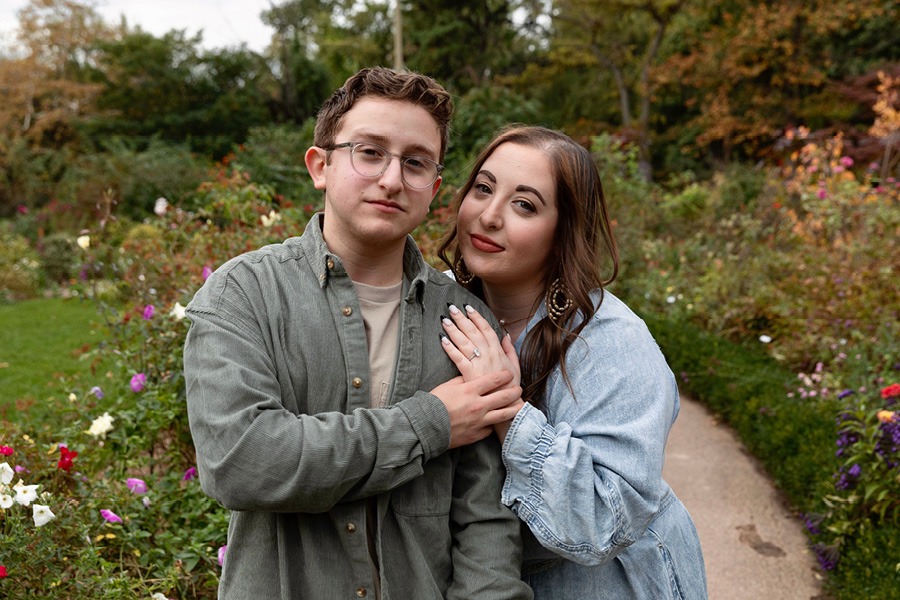 The wedding plans: Ilana and Ren plan to hold their wedding in the fall of 2023 or 2024. “Being a queer couple, it’s really quite scary that marriage equality only was legalized a handful of years ago, and we don’t take that right for granted,” finishes the pair. “We’re grateful for the many people who have fought for our right to love proudly and loudly.”