Plus: Eagles playoff tickets go on sale, sell out immediately. But you can still get into the game, assuming you got a nice Christmas bonus. 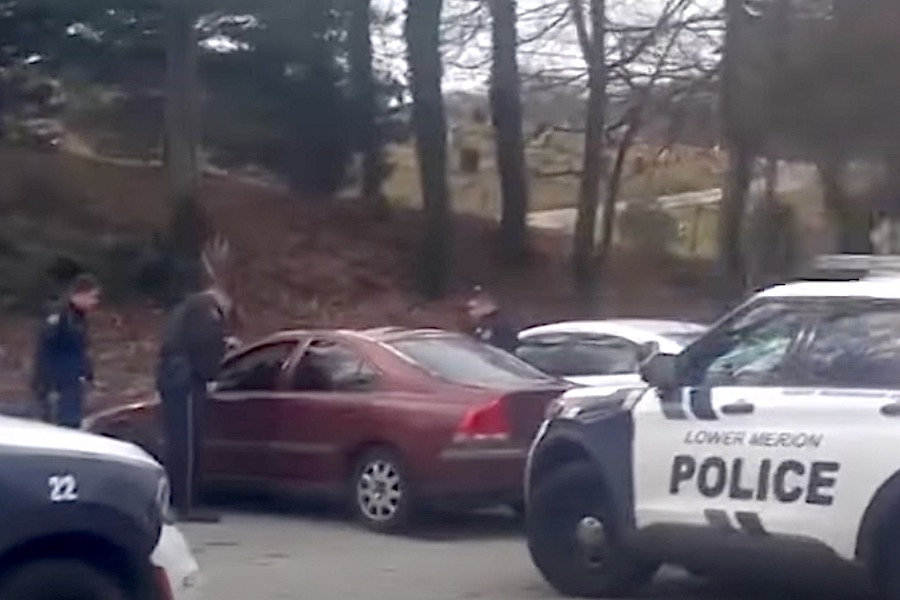 The Lower Merion Police Department has long been criticized for its treatment of Black people, and an incident from Sunday isn’t helping matters.

A bystander video, first aired by Fox 29, shows Lower Merion police confronting an unarmed Black woman in the parking lot of a Bala Cynwyd Wawa on Sunday, reportedly the result of a traffic infraction. In the video, police can be seen repeatedly demanding the woman get out of the car and telling her to roll down her window.

“You put that window down now, or I’m going to break the window,” one Lower Merion cop yells at her. He then threatens to tase her, a promise later fulfilled by police.

“The cops walked up to her door with a gun pulled and ultimately tased her and dragged her out of the car,” one eyewitness told Fox 29. “How is that appropriate for a traffic stop?”

“I’m feeling frankly embarrassed — humiliated that this is going on in my community,” said another.

According to the Lower Merion Police Department, the cops’ response is under review.

No word on the identity of the woman or what charges she is facing.

Fox 29 with more on this story:

Want to see the Eagles in the playoffs? Tickets for the first Eagles playoff game went on sale on Tuesday morning. And tickets for the first Eagles playoff game promptly sold out on Tuesday morning after a mad frenzy. Ticketmaster being Ticketmaster, hundreds and hundreds of “verified resale tickets” are already available through the site. You can pay $340 for the privilege of being on your feet for the whole game via standing-room-only tickets. Should you wish to sit in the front row right next to the tunnel where the Eagles emerge, that will set you back $6,500 per ticket.

If your kid is approaching the age where professional driving lessons become a thing, you are definitely going to want to watch this 6ABC investigation into private driving schools.

The Battle Over the Proposed Sixers Arena Heats Up

A national law firm has stepped in to help local residents and business fight the proposed new Sixers arena that would abut Chinatown.

If it seems like we’ve been talking about the Johnny Doc embezzlement trial for a long time, that’s because we have, starting all the way back in January 2019 when we reported that Johnny Doc was accused of using union money to buy cereals like Cap’n Crunch and Cocoa Pebbles, bacon, Noxzema, Red Bull, and $2,100 in Bruce Springsteen tickets. His trial has been delayed yet and yet again thanks to COVID and all sorts of legal technicalities, the latest continuance coming on Monday. But it seems like Johnny Doc might finally have his day in court (on these charges, at least) on April 24th.

And from the Talk-About-a-Slaughter Sports Desk …

In the College Football Playoff championship game last night between the TCU Horned Frogs and the Georgia Bulldogs, there was some running, some passing, some fumbling, some tackling — you know the dealio. People bitched about the ban on pregame tailgating.

HARK AND GIVE YOUR EYES! THE HYPNOTOAD HAS MIGRATED TO ARIZONA FOR HIS CHOSEN PEOPLE#GoFrogs #Hypnotoad #TCUFootball #TCU pic.twitter.com/mCRX0LSeCk

And about a certain someone being missing.

No UGA X at the National Championship. No doubt he’ll be here in spirit!! https://t.co/6RfVS55iQw

The score was 45-7 with 11 minutes left in the third quarter, and friends, I was outta there. Nobody likes to watch a massacre. We hear the final was 65-7.

Tonight, the Pistons come to town to play the Sixers at 7. And in college hoops, we’ve got Temple at Tulsa at 8 p.m. and Villanova vs. DePaul at 9 p.m. And that’s about it, folks!