Lamb supporters argue that the Western PA Rep's ultra-moderate appeal makes him the most electable candidate in the primary race to replace Pat Toomey. But between his fairly conservative voting record and a far-right-style super PAC attack ad he's yet to disavow, is he really the right choice for Democrats? 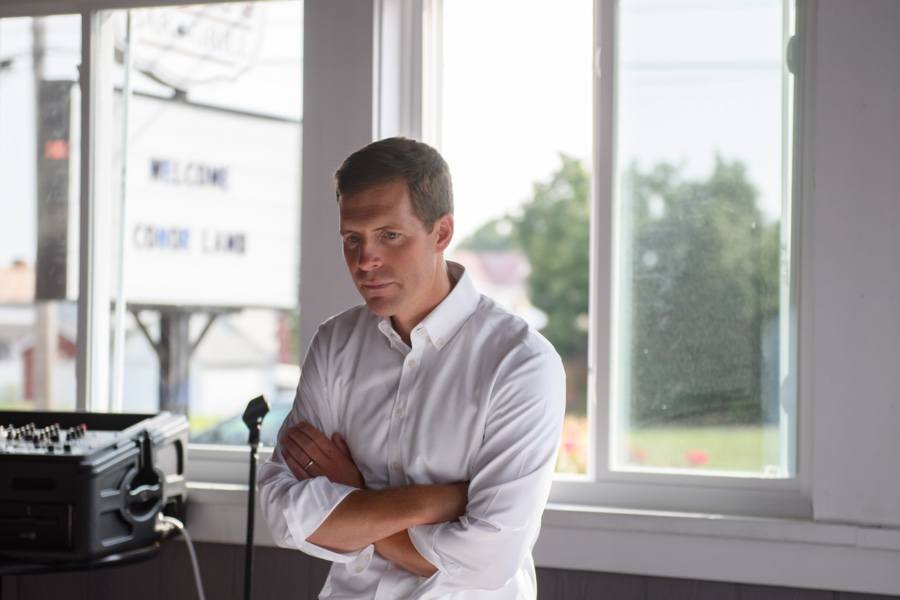 The Democratic primary for U.S. Senate is heating up, and it’s shaping up as a race between two progressives — namely, Lieutenant Governor John Fetterman and State Rep Malcolm Kenyatta — and one retro-Republican, U.S. Rep Conor Lamb, who, for the record, identifies as a moderate Democrat.

Seismic shifts in the political landscape over the past decade have gotten us to a point where a Democratic moderate in 2022 is essentially a mainstream Republican circa 2008: fiscally conservative, a super-fan of law-and-order policies, and with flexibility on some social issues (such as abortion rights, same-sex marriage, and other civil rights measures).

Democratic Senators Joe Manchin of West Virginia and Kyrsten Sinema of Arizona, human roadblocks to getting pieces of President Joe Biden’s agenda passed, are considered moderates today only because so many members of the Republican Party seem like radical far-right disciples of Trump. Before the Trump presidency, these individuals could have comfortably slotted into the GOP, no question. Looks like that’s already happening anyway.

When the super PAC backing Lamb, Penn Progress, ran its first negative TV ad attacking his front-runner opponent, Fetterman, my jaw dropped. The 30-second ad alleged that “John Fetterman is a self described Democratic Socialist” and cited NPR as the source of this information. It doubled down with another reference: “Fetterman has been called a silver-spoon socialist.”

I wasn’t in shock that rhetoric like this was used against Fetterman — go to any political social media group and you’ll find similar things said about him. But for this to be said by a Democrat about another Democrat during a primary felt over-the-line. Worse, the information is completely false — and the super PAC had to know it.

FactCheck.org immediately noted that the ad had two misleading claims regarding Fetterman being a socialist. That NPR reference to Fetterman as “a self-described Democratic Socialist” was from a November 2020 interview that was later corrected on the media company’s website. (Fetterman had already denied the assertion in 2016). FactCheck.org also noted that the ad left out an important detail regarding who called Fetterman “a silver-spoon socialist.” It was former Pennsylvania GOP chair Val DiGiorgio, who also claimed in 2018 that electing Lamb to Congress would support Democrats’ message of “socialism.”

So Lamb supporters are now reverting to Trumpian misinformation tactics that mischaracterize progressive values and lean on conservative talking points? Not a good look at all.

WPVI (6 ABC), the local ABC affiliate, has already taken the ad off the air, and national Democrats have begun to speak out against it.

“I saw the PAC ad that is currently running in Pennsylvania. It is wrong, and it is disgusting,” U.S. Senator Elizabeth Warren told Politico. “And if Conor Lamb wants to stand up as a Democrat, then he needs to disavow that ad today.”

Although super PACs can’t coordinate with candidates, it would still be good for Lamb to distance himself from the ad, given how it reflects on him. So far, Lamb hasn’t — and that speaks volumes, given that others, on both sides of the aisle, have set a better example when it comes to super PACs.

Throughout this primary, I’ve been trying to figure out exactly what Lamb’s campaign meant when it emphasized his electability. Yes, he’s won three tough races in a Congressional district in western Pennsylvania that previously supported Trump. But his attempts to appeal to a certain subset of voters reveals another sobering truth: Lamb and those backing him aren’t trying to excite a Democratic base. They’re trying to woo centrist conservatives. But at what cost?

Take a look at Lamb’s voting record. He voted notably alongside Trump’s policies while the former president was in office. Some of the biggest disappointments: Lamb voted in favor of a GOP bill to fund a border wall under Trump; voted against the HEROES Act (the landmark Democratic COVID-19 relief package); and voted against a measure that would have stopped Trump from using military force against Black Lives Matter protests. And he’s against decriminalizing marijuana.

I have no choice but to believe that Lamb is running as a Republican in sheep’s clothing (no pun intended) and thinks this is his best pathway to victory — as it was for him in his previous Congressional races. The problem with such pragmatism is that primaries should be about igniting and exciting the party’s base. To suggest that the only way Pennsylvania Democratic candidates can “win” in November is by campaigning like their conservative counterparts is intellectually dishonest and insulting to voters.

If Barack Obama can win in Pennsylvania, spare me the lecture on “electability.” And when it comes down to it, for all of Biden’s centrist appeal in 2020, he’s still being labeled a “Communist” by Republicans, with even moderates within his own party betraying him. If Lamb wins the primary, he’ll be cast in the same light (as he was by DiGiorgio way back when). Right now, Democrats need to excite their base and mobilize a wider net of voters who want uncompromising change. That’s not going to happen with a middle-of-the-road centrist running an uninspiring campaign.

For all of this talk of Lamb’s viability and across-the-aisle appeal, a Lamb-allied super PAC shouldn’t need to act so desperately to try to salvage a campaign that remains underfunded and lagging in the polls. To waste money slinging tired GOP jabs and misinformation in a TV ad that ultimately gets yanked makes Lamb just as bad as the conservatives he’s striving to defeat in November. Perhaps someone should remind him of what a model Democrat once said: “When they go low, we go high.”