Why the Kenyatta vs. Fetterman vs. Lamb Senate Primary Is the Race to Watch in May

All three candidates represent different extremes of the party's base. They're all vying to be nominated for the state's open U.S. Senate seat on May 17th. Who wins could determine the future of the Democratic Party in the state. 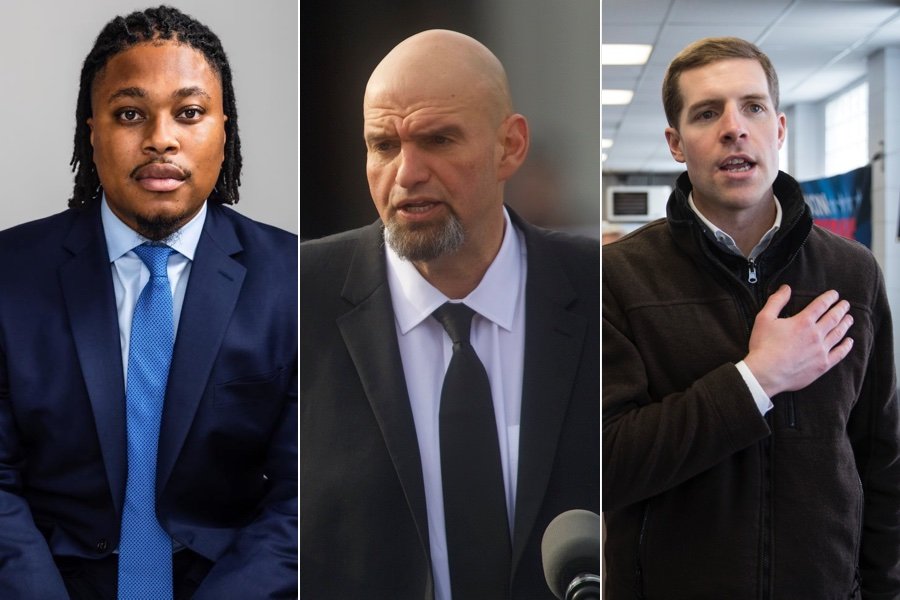 On May 17th, the Democratic U.S. Senate primary will be a political “Infinity War” of sorts. The three major candidates vying for their party’s nomination are super-polarizing in their own ways — which makes this race as intriguing as it is intense.

The presumed front-runner in the senate primary is Lieutenant Governor John Fetterman, who is currently polling and fund-raising exceptionally well. The six-foot-eight progressive has garnered a reputation as a political outsider more inclined toward work clothes than suits — and one who aligns more with working-class voters than with private interests. He previously ran for this seat in 2016 but came in a strong third to Katie McGinty and runner-up Joe Sestak. Since that loss, the former mayor of Braddock won a highly competitive statewide race for lieutenant  governor and has used that position to build momentum for this contest. However, while he’s raised more than $11 million in grassroots campaign contributions, he’s trailing his fellow candidates in endorsements. The Democratic establishment wants this man out of the race — but the fund-raising-and-polling gap between Fetterman and the establishment pick is what’s keeping him put.

The establishment’s pick is U.S. Congressman Conor Lamb, who came closest to clinching the Democratic State Committee’s endorsement. (Ultimately, no candidate reached the threshold required for endorsement.) Most politicos would say this race is now between him and Fetterman. Lamb is a centrist-moderate who won his Congressional seat in a Western Pennsylvania district that had previously supported Trump. His family ties within the state Democratic Party, strong backing from labor unions, and a major endorsement from the Philadelphia Democratic City Committee have made him the most formidable challenger to Fetterman. His big problem? The hype from establishment Democrats hasn’t translated into polling and fund-raising gains. It doesn’t help that he also trails Fetterman in statewide name recognition. But with clear support from influential circles in the local Democratic Party, Lamb shows no sign of stopping, either.

The defiant candidate in this race is State Representative Malcolm Kenyatta, who’s built the most outwardly diverse coalition of the three. The queer Black millennial from North Philly has run on a progressive platform that has bucked the very establishment that backed him in previous races. He’s been endorsed by the Working Families Party and has used his national following to build a broad base of support from diverse activists, politicians and community groups. Despite not getting officially endorsed by the party in his own hometown, he’s gotten the majority of votes in other counties, such as Dauphin. Though it continues to appear that he’s the least likely to win of the trio (due to weaker polling and lackluster fund-raising), he shows no sign of ending his quest to become the first Black U.S. Senator elected to represent Pennsylvania.

If politics is a numbers game, all of this spells trouble for the Democratic establishment in this state. Right now, that establishment is largely backing Lamb, a candidate who doesn’t have the polls and fund-raising in his favor. Even worse, he doesn’t have an exciting narrative or identity and certainly hasn’t sparked statewide enthusiasm. At 31, Kenyatta is the youngest candidate and the only person of color in the race. Fetterman, who is 52, can brag that he’s got tons of grassroots support, a progressive agenda, and a national following to ensure momentum. Lamb, 37, hasn’t been able to craft a compelling narrative beyond winning in a Trump district. Many Democratic leaders who’ve backed him have constantly emphasized that he can win in November as a main reason to do so. But what’s behind that other than optics?

Translation: They want us to believe that a politically moderate, clean-cut white guy from Western PA is more electable than a gay Black man from North Philly or a brash, bald white dude who’s governed a blue-collar town.

The only problem with this logic is that these outsider candidates, Fetterman and Kenyatta, have both gotten where they are by winning races that many people claimed they couldn’t — something the establishment must have forgotten. In 2018, Kenyatta became the first queer Black State Representative in Pennsylvania history. Despite losing a statewide race in 2016, Fetterman was able to eventually win his lieutenant governor primary race against an incumbent and other candidates more politically polished than he. Both of these progressives beat the odds to win their elections. It would be intellectually dishonest to now presume that Lamb is the best bet, given how unpredictable the Commonwealth has been. Have these people learned nothing from the Katie McGinty race?

The upcoming Senate primary will be the ultimate litmus test for a political establishment that’s become all too unreliable in recent years. If Lamb fails to win in May, it will send shock waves across Pennsylvania about how out of touch the Democratic Party has become. If he wins, it will be a signal that conventional wisdom and pragmatism still have their place. But we’re clearly witnessing a rebuke of political norms as we get closer to the election. At this point, a candidate like Kenyatta might normally drop out to give the party better footing for its ideal candidate. (Think Elizabeth Warren withdrawing so Joe Biden and Bernie Sanders could duke it out in 2020.) But by staying in the race, Kenyatta is making everyone fight even harder for victory — and he should. For what it’s worth, Fetterman did the same thing in 2016 when he stayed in the race against McGinty and Joe Sestak. Why should the young, queer Black guy step down to guarantee a straight white man will win? Based on current polling, Kenyatta appears to be a “spoiler” to Lamb’s chances of gaining momentum — just like Fetterman was to Sestak’s chances in 2016.

If Lamb doesn’t win, the establishment should get fully behind whichever renegade does — because it should be “Vote blue no matter who,” amirite?