Hey, it was worth a try. 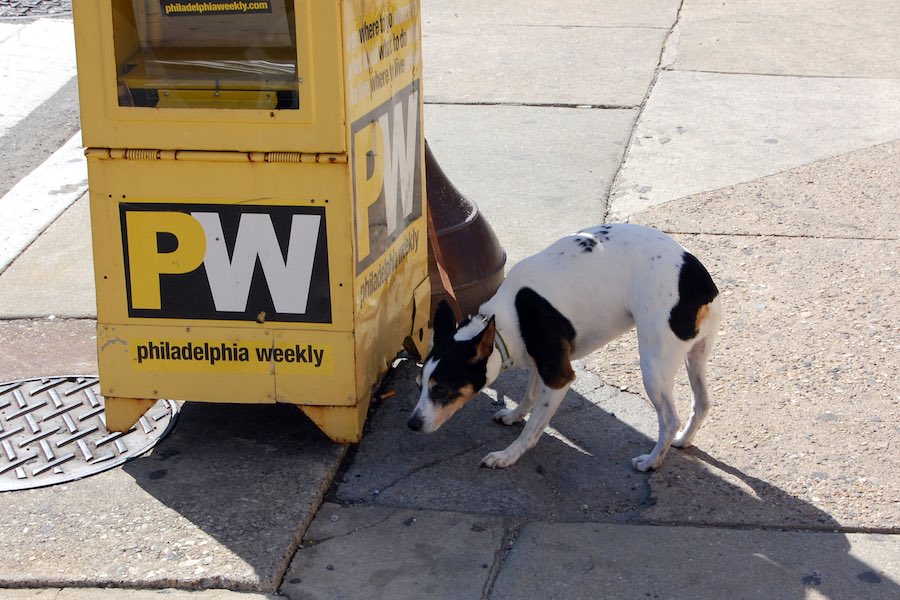 It was September 2020 when we first learned that the Philadelphia Weekly, long a bastion of liberal points of view, was completely flipping the script and becoming a conservative media outlet. The idea was that in a city where conservative columnists like Stu Bykofsky and Christine Flowers were no longer attached to the Inquirer or any other major local publication, the conservatives among us needed a newspaper to relate to. And the Philadelphia Weekly would step into that role.

This was a surprising move. Not because there isn’t a potential market for conservative media in Philadelphia. It’s true that we’re an overwhelmingly Democratic city, but there are still plenty of conservatives here. And thanks to the controversial-in-some-corners policies of District Attorney Larry Krasner, the surge in gun violence, and the long line of Democratic leaders who’ve faced federal prosecution in recent years (keep in mind that we haven’t even gotten to the Kenyatta Johnson trial), those conservatives have been more fed up than ever with the city’s leadership — or lack thereof.

But for the Philadelphia Weekly to make that 180 was a little like Jim Gardner suddenly announcing he’d be leaving the anchor desk to do the 7 a.m. traffic reports. It was just against the paper’s DNA. The very notion of a conservative alt-weekly seemed to go against the definition of what an alt-weekly was supposed to be — or at least historically had always been.

Well, a little over a year after the Philadelphia Weekly formally made the change, and nine months after the paper’s disgraceful “Guess the murders, win a prize” contest (the only — and we do mean only — time that anybody paid attention to the rants within its dwindling pages), it’s clear this little experiment has failed. And the alt-weekly is now going back to its roots.

“It’s important to note that the recent hard right turn the Philadelphia Weekly took represents a fraction of the publication’s decades-long life as a local institution,” newly appointed editor-in-chief Josh Kruger tells Philly Mag. “A huge part of my work is to rebuild trust across the city with Philadelphia Weekly as a local journalistic brand and to right any kind of situation that wasn’t handled with sensitivity or decency.”

The change in political slant comes after Paradise Media, a digital content marketing company based in Puerto Rico, bought the Philadelphia Weekly in recent months. Paradise Media’s other ventures have included the worlds of online gaming and dating sites, and Kruger confirms that this is the company’s first play in the world of journalism. Kruger says the changes will become apparent in the coming weeks. “There’s not going to be content driven by a conservative ideology,” he insists.

It’s unclear whether the new ownership group had ideological differences with what the paper was putting out there or simply made a business decision based on the fact that the foray into conservatism wasn’t exactly making the Philadelphia Weekly‘s profit-and-loss statements look any better. Probably a combination of the two, if we had to guess.

According to Anthony Hennen, who just resigned as executive editor, the new owners frequently stepped into editorial decisions — something generally frowned upon in traditional newsrooms — and didn’t want him to publish anything controversial or negative for fear it would impact the outlet’s Google rankings.

“If I had any concerns about the publisher interfering with the editorial independence of the Philadelphia Weekly or journalistic integrity of the institution, I wouldn’t attach my name to it,” he says. “I’ve lived in poverty. I’m a Philadelphian. I’m gay. And thanks to these qualities plus, I suppose, DNA, I have a pathological inability to not speak my mind in the face of something wrong.”