While not violating his non-disparagement agreement with his soon-to-be-ex-bosses at the Daily News and Inquirer, of course. 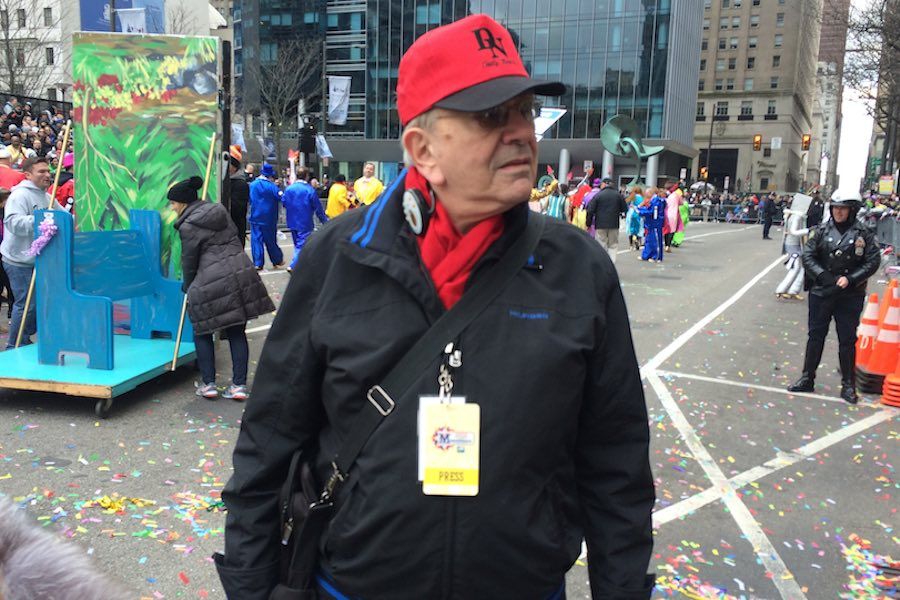 Whether they love him or hate him, everybody in the Philadelphia media world today is talking about Stu Bykofsky. From out of nowhere, the controversial newspaper columnist has announced that he’s officially leaving his post, 47 years after he was first hired at the Daily News. We got him on the phone to learn more.

How the hell are you, Stu?
Is this the Victor who has occasionally been nice to me? Or is this the one who sticks knives in your back? Don’t think I haven’t noticed your little cuts and digs over the years.

Given today’s news, I’m not sure how that bodes for me.
Hey, look, it worked for me for a long time. You’re going to have a lot of people fucking hate you, but you’re strong enough to put up with it. Others love you. If everybody loves you, there’s something wrong with you. Even Jesus had enemies.

All right, so I understand that you have a non-disparagement agreement with the papers, but without violating that, can you tell me exactly why you are leaving?
As everybody knows, journalism has been decimated over the last couple of decades. Right here where I work, in the past decade or so, hundreds of colleagues have walked out or been walked out.

The company is in financial trouble. Most of print journalism is in financial difficulty. Management needs to cut expenses and the number-one expense is labor, so I was offered a voluntary separation agreement, which I’ve accepted. Reluctantly.

Why did you accept it, if you had to do so reluctantly?
Couple reasons.

And then, I was told informally by the union that if I stayed and took that job, two other jobs would be lost. I have 47 years here. I was OK to step aside. And I’m not gone. I’ll still be writing. I’ll have a blog launching on Monday.

You said that journalism has been “decimated.” You’ve been in the industry longer than most in town. So I’ll ask you, how did it become decimated?
In broad strokes, the Internet.

In finer strokes, the biggest problem is that the, well, I guess I can say this, the fucking idiot publishers — all over the industry — decided to put content online for free.

When [former Inquirer and Daily News owner] Knight-Ridder decided to do that, I told them that we were cutting our throats. But somebody said, “Well, the San Jose headquarters did some research and determined that circulation would not be affected.” I said, “Let me design the questionnaire and I’ll get you any answer you want.”

Classified advertising is unique, because it’s the only business where they call you and beg to be included. We had a roomful of women wearing headsets, and they would take whatever ad people called in. There were times when the Sunday Inquirer had 24 or 36 pages of classified ads. Now it’s a half-page.

That money left and was never coming back. It was a huge financial blow.

It’s probably impossible, but can you pick the one story that you did that you were most proud of or that had the biggest impact or that was your biggest get?
I can’t. But what I can tell you was what story got the most reaction.

I did a column on what was, I think, the fifth anniversary of 9/11. People saw the headline and didn’t bother to read the story. I was writing a hypothetical that sounded to them that I was calling for another attack on the U.S. I got 3,000 emails that day. I’ve never done anything that’s approached that. Ninety percent didn’t understand what I had written or hadn’t read it.

If a young person tells you they are thinking about journalism school, what do you tell them?
Don’t’ do it. I used to go to schools and talk about how wonderful of a career it is. I stopped doing that 15 years ago.

Do you see an end soon for the Inquirer or Daily News?
I’m trying to think of what’s proprietary and what’s not.

I’ll tell you this much, without figures. The majority of income comes from the print side. Some newspapers have shut down because there’s no money coming from the print side, but that’s not true here. Print remains important here.

Will both stay alive? In the near-term, meaning three to four years, yes. Because if the majority of revenue comes from the print side, they can’t stop printing the print product. That would collapse everything.

What’s retirement look like for you?
I don’t think of myself as retired. I’m unemployed. I’m 77 years old. My father lived to be 98 and was active every damn day. I’m not built for sitting around.

Your last day is Friday. Do you have a ton of stuff to clear out of your office area?
The truth is, Victor, in the previous moves that we have made, first from 400 North Broad street to our offices now, and here we have moved twice, I’ve had to get rid of 90 percent of my things already. Now, I would say that I have four cartons that I’ll be taking out of here tomorrow.