You Officially Have One More Week to Register to Vote

The voter registration deadline for the 2020 presidential election is October 19th. Here are the ways you can sign up and make sure you cast a vote. 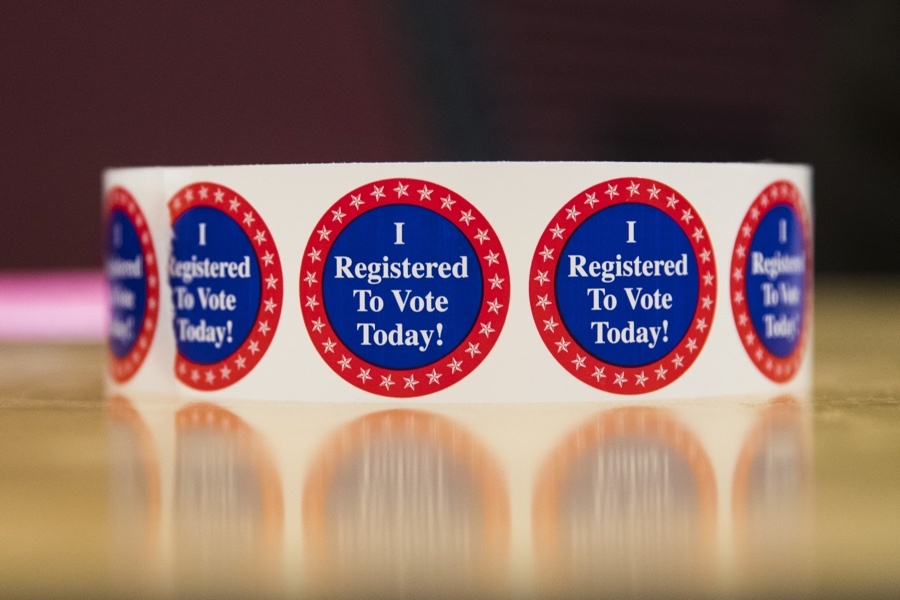 The voter registration deadline in Pa. is October 19th. Photo by Adam Glanzman/Bloomberg via Getty Images.

You can register to vote a number of different ways, including by filling out the online form here or by mailing a paper application to the Philadelphia Commissioners Office. But in this pandemic-disrupted year, there’s an additional way to register: at one of the eight (and growing) satellite election offices throughout the city. There, you can register to vote, apply for a mail-in ballot, fill out that ballot, and then submit it in person, all in one trip. Just remember: If you go to a satellite office, you’ll be filling out a mail-in ballot; if you want to cast a regular ballot, you’ll need to register — which you still can do at one of those satellite offices — and vote in person on Election Day. (Also keep in mind that to register to vote in Pennsylvania, you need to have been a resident of the state for at least 30 days prior to the election.)

Just as there is no wrong way to vote, there is no wrong way to register to vote. Still, given that we’re just a week out from the registration deadline and mailed applications have to be received by the Commissioners by the October 19th deadline, we might lightly recommend that you either register to vote online or do so in-person at a satellite election office. That way you can be sure that your application is processed and approved before the deadline. (One caveat: If you’re registering online and you don’t have a state ID or driver’s license, you’ll also need to submit a signature through the mail, which means it might be best to just register in person.) As for the decision of what kind of ballot you want to cast, here’s a breakdown of the different ways to vote. And while we’re on the subject of deadlines: The last day that you can request a mail-in ballot is October 27th.

There is every indication this is shaping up to be a high-turnout election. There was a line at City Hall last week as people waited to drop off mail-in ballots in person. (Our reporter also applied for and submitted his mail-in ballot at one of the satellite election offices, and found the process to be smooth sailing.)

In the June primary, voter turnout in Philly totaled 32 percent, or about 350,000 votes. Since that was an uncompetitive primary — at least as far as the presidential race is concerned — the paltry turnout isn’t all that unsurprising. But compare those figures to the present voter tally: As of October 12th, 350,000 voters in Philly have requested mail-in ballots, which is more than the total turnout and more than double the number of mail-in ballots cast (140,000) in the June election. So far, 110,000 mail-in ballots for the general election have been returned. That number will only get larger as the days go by.

The Washington Post recently reported that Pennsylvania is shaping up to be the so-called “tipping point state,” which is to say, this could be the state that determines who ultimately wins the presidency. All the more reason to get registered and feature in the decision-making process.