Here’s Where You Can Vote in Person Before Election Day

The City Commissioners have opened 17 “satellite election offices” where you can register to vote and cast a ballot — technically a mail-in ballot — before Election Day. 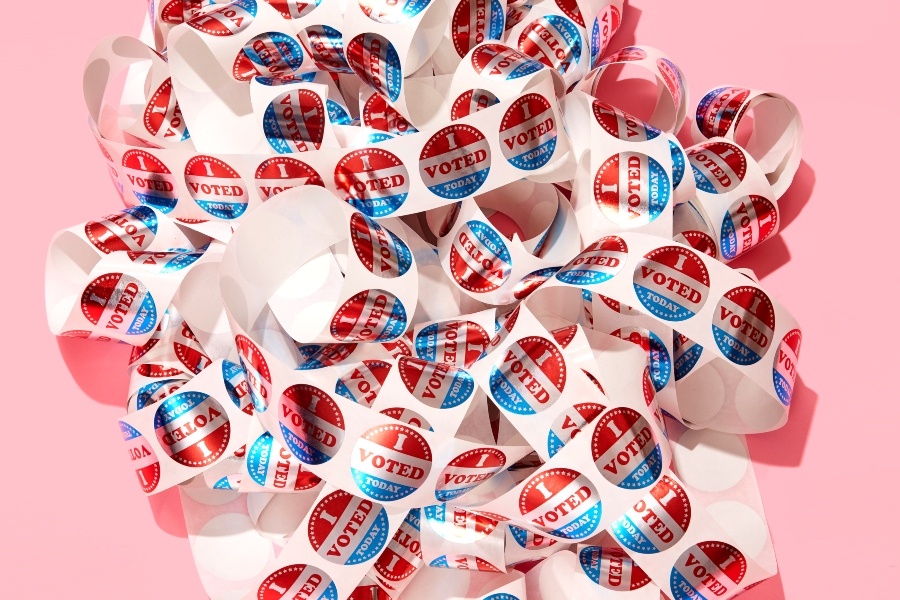 The City Commissioners have opened 17 satellite election offices where you can apply for, fill out and return a mail-in ballot all in one trip. Photo via Getty Images.

Update October 21st: This story has been updated to note that all 17 satellite election offices are now open.

Election Day is drawing ever nearer. (Yes, there is an election coming up — didn’t you hear?) But you don’t have to wait until November 3rd to cast your vote.  The City Commissioners have opened 17 “satellite election offices” at which you can vote in person and in advance, albeit with a mail-in ballot.

That last part is critical. This is not voting on the city’s new touch-screen machines; instead, it is simply applying for, filling out and returning a mail-in ballot all in one fell swoop — avoiding the mailing-in part altogether.

If you want to vote with your mail-in ballot in person, here’s the full list of satellite voting centers. (At the bottom of this article, we’ve mapped these locations as well.) The voting centers will be open every day until Election Day — from 11:30 a.m. to 6:30 p.m. Monday through Thursday, and from 9:30 a.m. to 4:30 p.m. Friday through Sunday.

These are the other important deadlines you should keep in mind as well:

October 27th: Last day to apply for a mail-in ballot.

Wondering what other ways you can cast your vote this year? We’ve already published a detailed guide to every way you can vote in this coming election. But given that mail-in voting is likely to be unprecedentedly popular this year, here are three things you should keep in mind if you decide to vote using a mail-in ballot, whether you return it through the Postal Service, at a drop box, or at one of these pop-up centers:

For a moment, many voters were concerned about using the Postal Service at all during this election, since the current administration has done everything in its power to disrupt the regular workings of the mail, with the unstated-but-obvious hope that a slowed-down Postal Service would result in a large number of mail-in ballots being invalidated. (In Pennsylvania so far, 1.8 million Democrats have requested mail-in ballots, compared to 700,000 Republicans.) Fortunately, it looks like the mail should be safe — as long as you mail your ballot in with ample buffer time. In a lawsuit brought by state Attorney General Josh Shapiro, a federal judge ruled in September that the Postal Service had to halt its changes — including eliminating extra overtime and removing mail-sorting equipment — because they threatened the sanctity of the upcoming election. (In a separate decision, the state Supreme Court ruled that election officials could count mail-in ballots up to three days after Election Day, the usual deadline, so long as they were sent by Election Day. Republican officials unsuccessfully petitioned the Supreme Court to stay the lower court’s decision, which means the three-day deadline extension will stand.)

One of the risks with a mailed mail-in ballot is that if you don’t follow the instructions perfectly, you risk having your vote invalidated. That’s according to a state Supreme Court ruling which recently stipulated that if voters don’t return their ballots inside a second secrecy envelope, their vote won’t be tabulated. In this year’s primary, election officials were allowed to count those ballots; not so this time.

Philly City Commissioner Lisa Deeley told the Washington Post the ruling could put some 100,000 votes at risk. (For comparison, Trump’s margin of victory in Pennsylvania in 2016 was 44,000 votes.) To make sure your ballot isn’t invalidated, we’ve created a handy guide to how to fill out your mail-in ballot right here.

In a functioning democracy, that wouldn’t be a problem per se. Unfortunately, ours is not a functioning democracy. The incumbent president is engaged in a completely bogus attempt to discredit mail-in ballots. It does not take a particularly imaginative mind to think up a scenario in which Trump leads the in-person vote count on Election Day, then refuses to concede even as mail-in ballot results show a Biden victory.

Not for nothing, according to a report in the Atlantic, Pennsylvania Republican leaders have reportedly discussed a way of effectively taking the election out of the hands of the people, if vote-counting drags on too long and there is “controversy” over the results, by appointing a slate of partisan state electors to pick the winner of Pennsylvania, which is to say Trump. Republican leadership in Harrisburg has since denied that any such discussions have taken place.

So that’s where we are. However you decide to vote in the end, be sure to do it. It’s important.

Equally Informed Philly is here to get you answers to your voting questions, sent right to your phone. Text EQUALINFO to 73224 for a personalized answer, like where to find the nearest polling location to you.