Do Democrats Want to Be Right, Or Do They Want to Win?

Once again, the moral case for defeating Trump isn't sticking. With a month until the election, it's time for Dems to take a different approach. 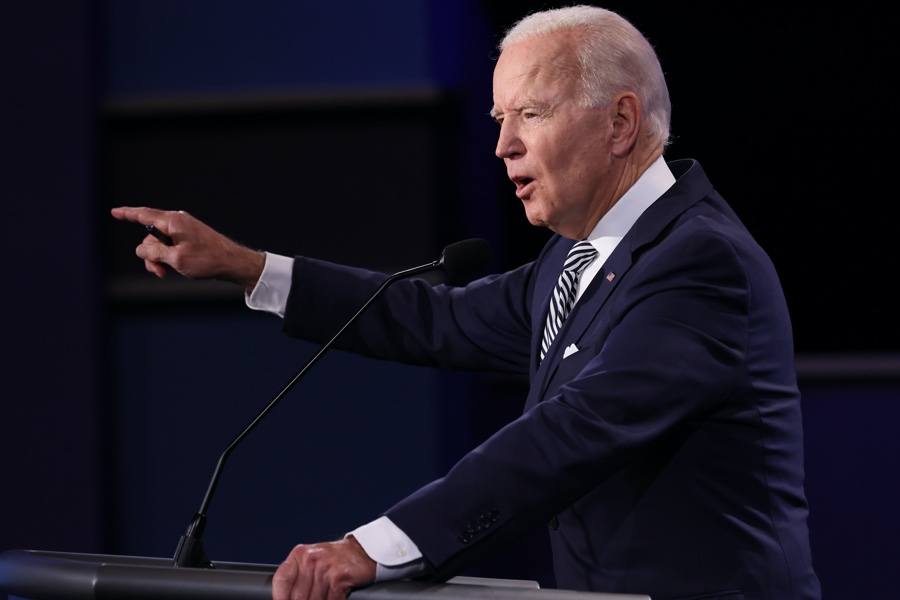 Is the current Democrat strategy against President Trump any different than it was in 2016? Photo by Win McNamee/Getty Images

On October 7th, 2016, The Washington Post broke a bombshell story: a 2005 recording of Donald Trump engaging in “extremely lewd conversation about women.”

Politicians on both sides of the aisle condemned Trump’s remarks. This was the “October surprise” that people expected would seal Hillary Clinton’s already-predicted victory. Republican leaders called on him to step down, feeling the immediate backlash of the video, with many publicly fleeing from his campaign.

But Trump gave his critics his ass to kiss.

And on November 8, 2016, to the shock of voters and analysts, Trump pulled off perhaps the biggest political upset of all time.

The morning after, I vented about exactly how that happened. But it seems that Democrats haven’t learned from 2016 and are repeating the same broken record of “gotcha” politics with Trump. According to the New York Times, Trump paid no federal income taxes in 10 of the previous 15 years, and only $750 each in 2016 and his first year in the White House.

This not-quite-October surprise has given his Democratic opponent Joe Biden fresh fodder as the presidential debates kick off — just as Hillary Clinton used Trump’s sexist language from that 2005 recording in a debate two days after its release. But we saw what happened then. It’s what I fear might happen now if Democrats go down this road again.

Hate to break it to you, Democrats, but: Nobody cares, because we already figured this.

Let me clarify: Voters who support Trump don’t care if this man dodges his taxes, brags about groping women, and amplifies bigotry on a regular basis. Undecided voters aren’t going to change their minds because there’s yet another story showing Trump doing what many suspected he was doing from day one. And some progressives are only geeked out because they finally have confirmation of what they’ve suspected for years.

Meanwhile, thousands have died and more continue to die during this brutal pandemic. The economy is shattered. Racial unrest continues. And I’m supposed to be stunned by some damn taxes? Sure, Jan.

For Democratic leaders to pull out the political theatrics and shock reactions on social media and in the press is just another deflection on what voters really care about: results and change. You can spend all day talking about how god-awful Trump is, but the only question that Democrats need to answer is one that requires them to turn down their righteousness and think strategically.

Democrats have never been wrong on their assessment of Trump. He’s a threat to our democracy, and he has reaffirmed the racist, sexist and xenophobic views that have ensured America was never “great” for Black and brown people. There is no denying that Democrats have made compelling cases on how morally bankrupt Trump is as president.

And yet they made the same cases four years ago. That didn’t keep him from winning in 2016, from skating on impeachment, or from potentially jamming another Supreme Court nominee through his majority-Republican Senate.

Being “right” doesn’t secure election victories. To win, Democrats must be strategic, nimble and resourceful. Trump won because he knew who his base was and fed them what it took to motivate them to go to the polls. Was his information accurate? No. Was he acting presidential? Absolutely not. But his predominately white voter bloc got what it wanted from Trump in all of his bigoted glory.

Democrats must come to terms with the fact that there’s an undeniable mass of Americans in this country who want to advance white supremacy for their own personal advantage. Trump is serving their interests by pushing policies that aim to ban Muslims, neglect immigrants, instigate police violence with Black civilians, and absolve his administration from addressing racism altogether. There is nothing that can be done right now to convince these people to change their vote.

It is what it is.

But what Democrats need to do right now is to not take the voters they already have for granted. We don’t need you to preach to us about how terrible Trump is — we get that. We need you to actually double down on what you’re actually going to do differently and put some skin in the game to get out the vote. Pump some money into these abandoned wards to feed and provide resources to volunteers, and emphasize younger faces to help take the lead in outreach. Stop relying only on the same elite networks and political circles to push these presidential candidates.

For example, Senator Kamala Harris’s first appearance in Philly as Biden’s VP running mate was pretty underwhelming, given that she most noticeably mingled with members of the Northwest Coalition, a group of Black political power brokers located in an already high-voter-turnout section of the city. That decision was safe and predictable; one could argue that appearing in parts of West and South Philly would have been more impactful in energizing potential voters than closed-door meetings and politician meet-and-greets.

For Harris and Biden to win this November, the current Democratic strategy of constant virtue signaling and performative moral outcry must be replaced with some real determination to get out the vote with money, meaningful alliances, and a focus on the real change that the campaign can deliver. The campaign needs to meet directly with more everyday people and political groups that aren’t connected with the establishment. More campaign money must be put into unique GOTV efforts that aren’t being produced and funded by the same organizations and PACs. Which is also why it’s important not to neglect abandoned Black neighborhoods, such as those in parts of West and North Philly — because “undecided” voters there aren’t confused about whom they would most likely vote for — just whether they’ll chose to vote at all.

Preaching to them about how much worse it can get under Trump isn’t cutting it anymore.

Truth be told, both Democrats and Republicans have dirt on their hands — which is why it’s hard to hear either party play holier than thou. At this point, voters deserve a better president, but that candidate has to actually want to play to win.