Why it's time to stop using fear as a tactic to drive your friends and neighbors to the polls in November. 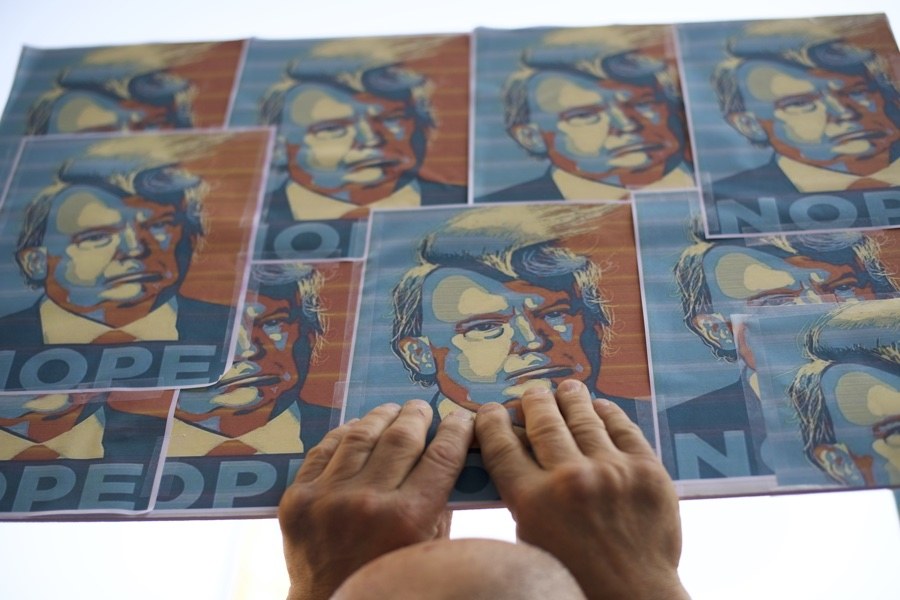 Last week, the Democrats made their case for why Americans should vote blue in the November 3rd presidential election. Republicans are now making the case for their party with their national convention taking place this week.

I’ve come to loathe political party conventions as they’ve become less about voters and more about politicos grandstanding to show just how much holier-than-thou their party is. Most voters, myself included, likely find both Democrats and Republicans disappointing. The argument for or against either is never really about which is better, but rather which is less of a pain in the ass at any given moment. But neither party convention is in search of moral clarity — it’s all about firing up the base and winning.

I will say that at last week’s Democratic National Convention, the rhetoric was remarkably strong. Whether in a speech from former president Barack Obama or from Senator Elizabeth Warren, the message — that Donald Trump is unfit to serve a second term as Commander in Chief — was clear. Sure, there was the expected glowing testimony about why presidential nominee Joe Biden is a better candidate, but I walked away clear on why Trump has to go.

Perhaps the most compelling case was made by former First Lady Michelle Obama, who emphasized in her DNC speech the importance of voting above everything else. “You know I hate politics, but you also know I care about this nation,” she reminded us, imploring us to think beyond party lines and consider the future. But her final words were the ones that grabbed headlines: “If you think things cannot possibly get worse, trust me, they can and they will if we don’t make a change this election.”

I instantly saw a slew of Philly politicos spreading the former First Lady’s sentiment all over social media as if it was the gospel truth, reducing it to the four words that perfectly summed up her message: Things can get worse.

“If you don’t vote for Biden, things can get worse.”

“Mrs. Obama is trying to warn you non-voters that if you think things are bad now, things can get worse.”

“Please vote, or things can get worse.”

We’re in Philadelphia, the poorest major city in America, one with a gun violence epidemic that is rivaling Chicago’s and a still-unresolved opioid crisis. How, exactly, do you tell voters in this town that things can get worse?

We live in a town that’s been run by Democrats for decades and that has seen diverse leadership at the helm of all of our major public institutions. Having a majority Black and brown population, with similar representation in City Hall, didn’t stop the political corruption from disproportionately impacting taxpayers. We’ve had Black mayors, City Council presidents, police commissioners and district attorneys — and Black Philadelphians still find themselves at the bottom of the barrel in terms of economic opportunity and educational prosperity.

To tell Black voters in Philadelphia that “things can get worse” is to tell them that death is literally knocking on the door. I cannot fathom the next-worse thing for Black and brown people in this city. From state-sanctioned bombs dropped in their neighborhoods to asbestos-infested public schools, what are Black voters being promised beyond a fear of worse?

When people say “Things can get worse,” it’s literally a slap in the face to the thousands of Black and brown Philadelphians who unfortunately aren’t afforded the same privileges to compare and contrast. While many middle-class Americans have noticed a difference between the leadership of Obama and Trump, the same can’t be said for many communities in Philadelphia. For example, the 2nd Congressional District, represented since 2016 by Democratic Congressman Dwight Evans, has been one of the poorest districts in the nation (ranked 413 out of 436 overall districts by household median income). Those parts of North Philly didn’t magically become blighted the moment Trump was elected, and they won’t quickly revitalize if Biden gets elected instead.

We tell a lie to voters when we suggest that entrenched local governmental structures are quickly moved and shaken by the forces of national politics. Much of the 52nd Street corridor where then-candidate Obama spoke in 2008 has yet to evolve for the better, and the same can be said of much of Philly, regardless of who’s been in the White House. When your city is at its lowest point, arguments that things can get worse don’t really resonate.

I personally think that’s why Philly voters didn’t show up in the same numbers for Hillary Clinton in 2016 as they did for Obama in the previous election cycles. The assumption that fear of Trump would scare them into action for a Democratic candidate they had reservations about didn’t help. Back then, it was: “Imagine if Trump was the president.” Today, the rest of the country is feeling what many ignored Americans have been for years: uncertainty, desperation, anger and betrayal.

If this no longer feels like the country you once believed in, imagine being in the shoes of Philadelphia’s most vulnerable, for whom America never was that country. That type of optimism vanished long before Trump came crashing down. Bringing everyone together is going to take honesty and hope, not lazy fear tactics that will just turn off those needed at the polls this time around.

Stop saying “Things can get worse”; instead, suggest that we should all vote so things can get better. There’s a stark difference between predicting people’s hardships and encouraging them to climb up.