The National Guard Arrives in Philadelphia Amid the Riots, Fires and Looting

And yet your trash will be picked up right on schedule. (Supposedly.) 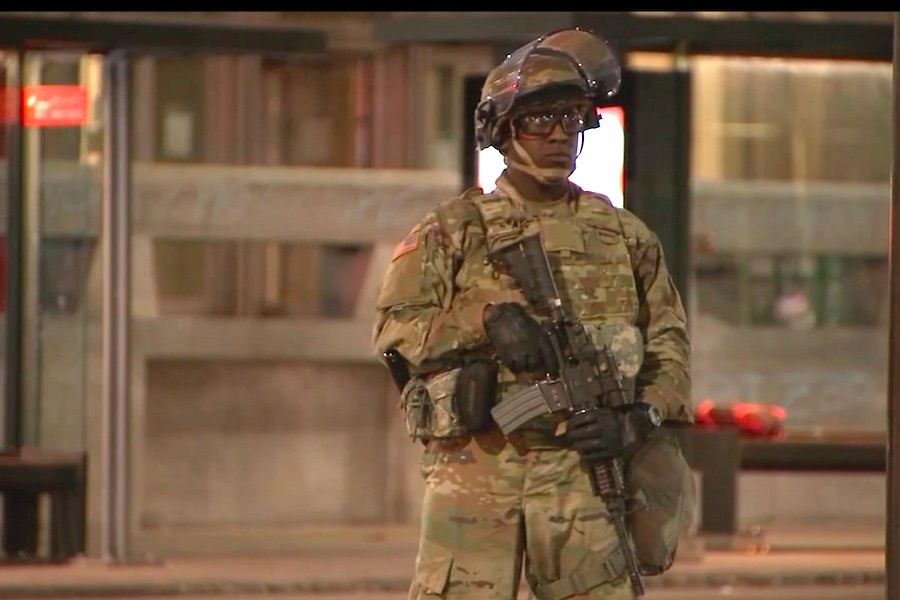 A member of the National Guard on patrol in Philadelphia after two days and nights that included peaceful protests as well as fires, violence and looting. (Image courtesy 6ABC; video embedded below)

A roundup of Philadelphia news. This post may be updated as more information becomes available.

Well-armed troops and their Humvees are stationed at strategic areas in the city, including outside City Hall and the Philadelphia Municipal Services Building (MSB) in Center City.

Officials hope that the mere presence of the National Guard in Philadelphia will deter further acts of violence and looting. The troops also allow members of the Philadelphia Police Department to patrol other neighborhoods and provide numbers where needed.

The sudden appearance of the National Guard in Philadelphia has some residents appalled, the idea of United States military patrolling its own citizens. Others are relieved to see the troops come here amid such a chaotic weekend.

The weekend began quietly enough, with a peaceful George Floyd protest in Center City early on Saturday. But by Saturday evening, the city descended into anything but peacefulness. Buildings and police cars were set ablaze, stores looted, bottles thrown. Tear gas. Rubber bullets. Riot shields. You get the picture.

At a Sunday press conference, both Mayor Jim Kenney and police commissioner Danielle Outlaw were quick to separate the actions of those participating in the violent riots from those of the peaceful protesters seen earlier in the day. And when asked if it was true that a large percentage of those arrested on Saturday (we’re still waiting for the final numbers to come in) were white people who don’t live in Philadelphia, Outlaw, who is African American said, “They did not look like me.”

A City On Fire

While much of the attention has been paid to people looting large screen TVs from Walmart and sneakers from shops all over the city, The Philadelphia Fire Department has been working on overdrive to keep up with blazes around town.

As of 7:30 a.m. on Monday, the Philadelphia Fire Department reported that firefighters were still trying to put out 24 fires, with the densest cluster in West Philadelphia. The fire department released the following map showing those active fire locations: 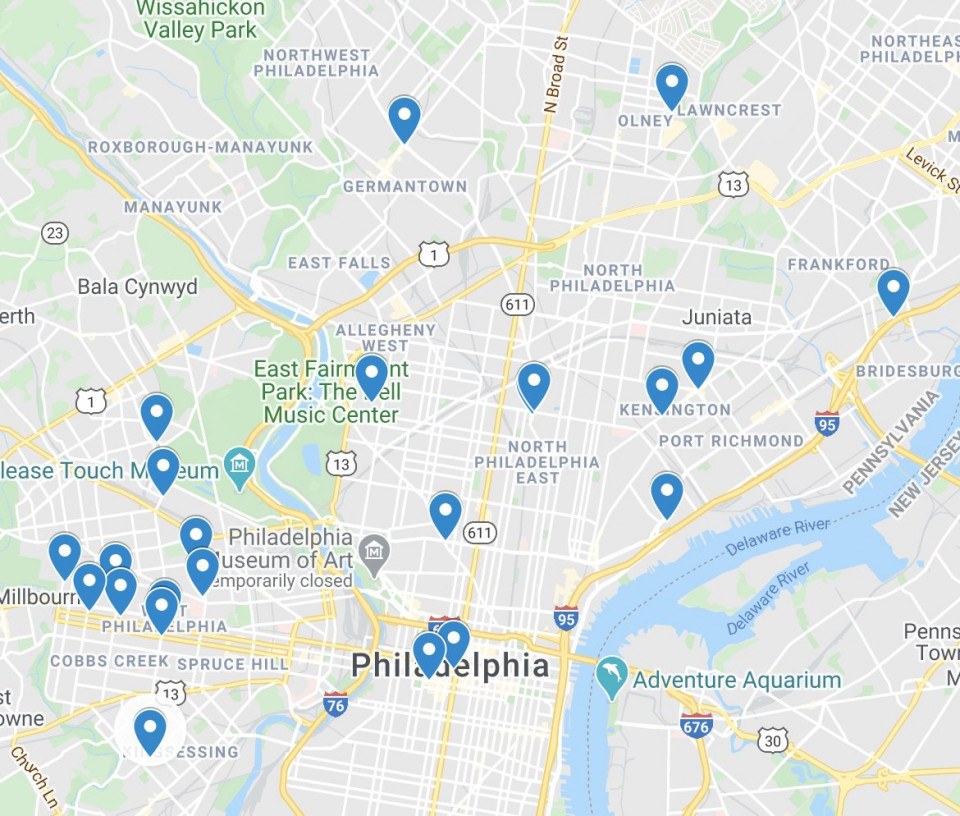 And Yet Your Trash Will Be Picked Up

Say what you will about trash pickup in Philly. But even with everything that is going on right now, the city says that trash pickup will proceed on a normal schedule. I frankly find that a little hard to believe, but since today is my normal trash day in West Philly, I’ve got some stinking bags on the curb. We’ll see what happens.

So Sanitation is apparently working today but most other city employees are not. The city announced that all municipal offices would be closed on Monday due to the aforementioned fires, looting, and other forms of civil unrest and the cleanup that is now required.