The revised spending plan that the Mayor is proposing in response to the COVID-19 pandemic slashes services, guts the arts, and sets up a potentially contentious showdown with City Council. 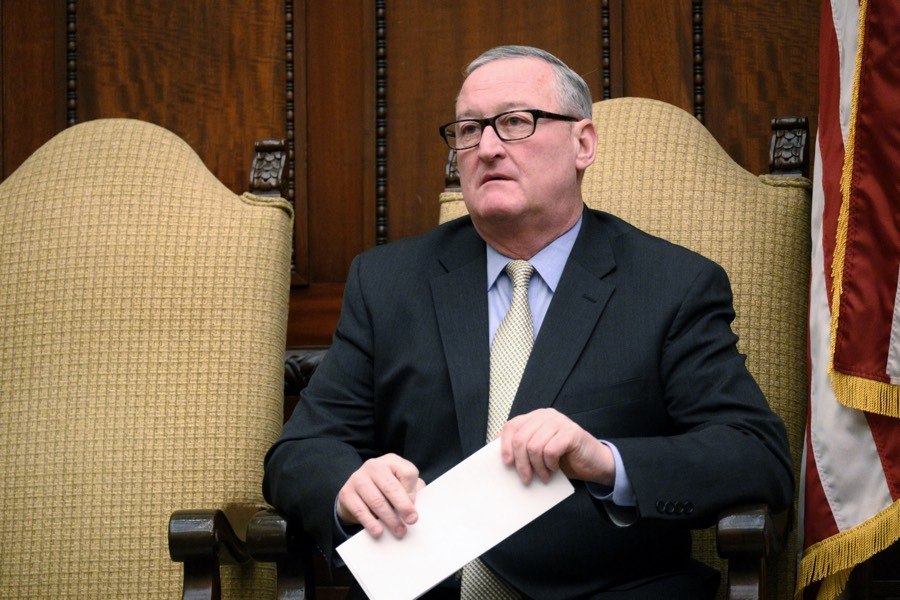 Mayor Kenney warned that we’d be looking at a painful post-coronavirus budget. He wasn’t wrong. (Photo by Bastiaan Slabbers/NurPhoto/Getty Images)

Early last week, City Controller Rebecca Rhynhart warned that the coronavirus pandemic could put a $650 million hole in Philadelphia’s budget. By that time, Mayor Jim Kenney had already scrapped the $5.2 billion budget proposal he revealed in early March, warning that his replacement would be far more stringent and “painful.”

Now we know what “painful” means: tax hikes, layoffs, and far fewer cultural resources and services, among other losses, if the budget is approved by City Council. Potential game changers the Mayor had pursued in March — we’ll get to those below — are no longer on the table. The new proposal includes a $649 million reduction in planned spending compared to the original budget proposal.

Philadelphia isn’t alone in its financial struggles: Cities across the country will have to adjust spending in the wake of the COVID-19 pandemic. But some are better positioned than others. Philadelphia’s reliance on the wage tax, our single largest source of general fund revenue, is considered a weakness as wages are slashed. Cities that rely more heavily on comparatively stable property taxes, on the other hand, appear to be better positioned.

We’re sure to face deficits ahead. Kenney’s proposed budget for fiscal year 2021, which begins on July 1st, reflects that. Here are five things to know about the proposal.

1. It would eliminate planned expansions for the city’s street sweeping and community college scholarship programs (for now)

The Mayor’s initial five-year plan set aside $67 million for expanded residential street sweeping. That’s no more. An expanded street-sweeping program will remain a fantasy in Philadelphia after the COVID-19 pandemic. This likely comes as good news for folks who’ve complained about the prospect of moving their cars for street sweepers — but it’s certainly disappointing news for those of us who’d happily pay the price for cleaner streets (and for those who don’t have cars to move).

Also in the original budget, Kenney earmarked $63 million over five years for a scholarship fund that could have allowed thousands of residents to attend the Community College of Philadelphia tuition-free. The program would have benefited city residents from low- and moderate-income families who had graduated from a high school in Philadelphia (including private, cyber or home school) and included money for food, books and transportation as well as tutoring and academic advising. According to the Inquirer, officials said in March that the scholarship fund would have benefited 6,500 students over five years, including 2,300 students in 2020-21 — roughly half of CCP’s fall 2019 enrollment of 4,763. That’s on hold for now.

And one other notable plan has been suspended: traffic enforcement officers. Residents voted last year to approve a ballot measure that would allow this new class of citizen officers to help regulate traffic congestion in Philly by issuing citations for violations like illegal double parking and blocking crosswalks. Managing director Brian Abernathy told the Inquirer that the city is “considering delaying” the hiring of these officers until the 2022 fiscal year.

2. It would raise property and parking taxes for residents (and the wage tax for suburban commuters)

Kenney’s budget plan in March didn’t include any tax hikes. Now, his administration’s proposal increases rates for the city’s property tax (a hike of about four percent) and parking taxes (4.5 percent). The non-residential wage tax would increase slightly as well, by less than one percent.

The recent budget proposal notes that revenue from the city’s wage and property taxes are projected to decline by about 4.5 percent and one percent, respectively, as compared to current fiscal year 2020 projections. The proposal would shift the city’s tax structure to rely more heavily on property taxes than it recently has, which could benefit revenue stability in the long run.

The Kenney administration also proposed delaying scheduled reductions in the business and resident wage tax rates until fiscal year 2024, a move that officials said would save the city almost $20 million in fiscal year 2021.

Kenney said the tax hikes address “the unfortunate economic reality we now face,” which “includes a dramatic decline in tax collections from the shutdown of business activity and the resulting drop in wages.”

3.  It would drastically cut cultural and quality-of-life resources

The budget proposal would see the elimination of the city’s Office of Arts, Culture and the Creative Economy, as well as the Philadelphia Cultural Fund. In addition, Mural Arts funding would be cut from $2.45 million to just over $2 million.

The Office of Special Events and the Office of the City Representative would also be eliminated — though the Kenney administration said “some resources and functions will be retained and shifted to other departments.”

4. It factors in a city-wide hiring freeze, layoffs, and pay reductions for non-union employees

The city’s greatest single expense is employee wages and benefits. Kenney called cuts to this portion of the proposal “truly the most painful part of this bare-bones budget.”

The city implemented a hiring freeze for all new positions on April 20th, with exceptions for employees in public safety and crucial government operations. Civil service-exempt employees earning more than $35,000 (including the Mayor) will receive pay reductions ranging from one to seven percent.

In addition to those steps, the Kenney administration’s budget proposal factors in the elimination of “hundreds of positions through both layoffs and not filling vacancies” of seasonal, temporary, part-time, full-time and unionized positions. It’s not yet clear how many workers will need to be let go or which departments the move will most affect.

The Mayor stressed that there would be no police or fire layoffs, nor any reductions in emergency medical services.

All of this is subject to City Council approval, of course, and Council rejected the Mayor’s last attempt to enact a tax hike, in 2018. It remains to be seen how Councilmembers will vote on his proposal this time around, especially given pandemic circumstances. Council President Darrell Clarke and Councilmember Alan Domb have already expressed serious caution regarding any tax hikes, with Clarke stating that taxpayers “don’t have much in their pockets.”

Tax hikes are almost always guaranteed to be unpopular — but with revenue expected to take such a drastic hit, it’s difficult to see how else the administration could balance the budget without further pay cuts, layoffs and resource eliminations.

City Council will hold hearings on and approve a budget before July 1st.
Read More About: