Philly Isn't the Most Walkable City, But It's the Best for Walking
Subscribe
Follow
I'm a scraper
This search result is here to prevent scraping

Philadelphia Is the Best City for Walking

It’s all about what you can see while you’re walking. 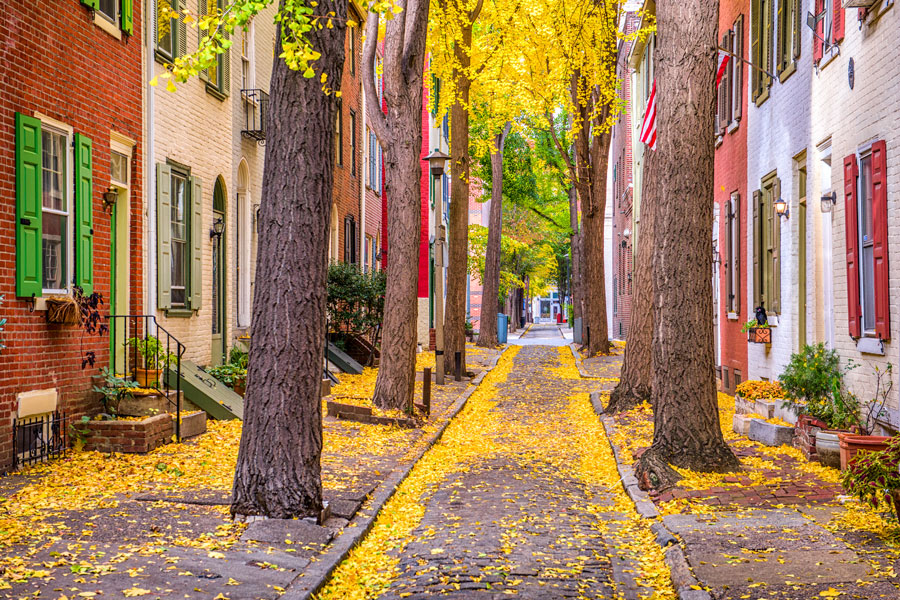 Philadelphia may not be the most walkable city, but places like this make it the best for walking. Photograph by Sean Pavone/Getty Images

This article is one part of our How Philly Stacks Up article. Read more ways Philly has been ranked as the best, the worst, and somewhere in between here.

Yes, yes, you’ve heard this: Philadelphia is a very walkable city. In every “walkable city” list ever composed, we’re near the top, usually somewhere after New York and ahead of Seattle.

But being rated the most walkable city — which has to do with the ease of getting around by foot — isn’t the same thing as being the best walking city, which is more about what you see while you’re doing it. And for that, friends, nobody beats Philly.

In Boston, for instance, you can walk the Freedom Trail, which is cute. In Philly, you can walk around Old City, where American freedom was basically invented, right there at 7th and Market, then declared and codified three blocks over, next to about a dozen other major American landmarks that have weathered the past two centuries or so. All in one neighborhood. No big deal.

Even New York can’t compete with the block-to-block surprises that Philly offers. You don’t walk out of Central Park and into Queens.

Chicago, another city that gets walking props, is great … assuming it’s not winter. No matter how impressive the architecture or welcoming the people, it’s dispiriting to trek through a city when you can’t feel your feet. And even New York, that towering, twinkling metropolis so well suited to strolling, can’t compete with the block-to-block surprises that smaller, tighter Philly offers. You don’t, for instance, walk out of Central Park and into Queens. But here, rigid, regal Society Hill flows right into South Street, home to Condom Kingdom and Paddy Whacks, which sits cheek-to-jowl with scrappy, hipster-centric Fabric Row, and so on. Philly keeps you on your toes.

When I first moved here, I was delighted by the myriad tour buses that proved how endlessly intriguing Philadelphia is. Even today, my kids and I like to wave at the tourists, to show them the nicest side of our city. But if I were really a good host? I’d shout at them to hop off the bus and wander around Chinatown and Wash West and Baltimore Avenue and East Passyunk. To go stand next to the greatness that is Congress Hall. Or Condom Kingdom. Whatever.

Because the ride might be nice, I’d tell them, but Philadelphia on foot is simply the best.

Published as “Why Philly Is … the Best City for Walking” in the How Philly Stacks Up article in the December 2019 issue of Philadelphia magazine.