Philadelphia Is the Best City for Sports Fans

Our teams’ merely occasional greatness ensures we never get smug and complacent. 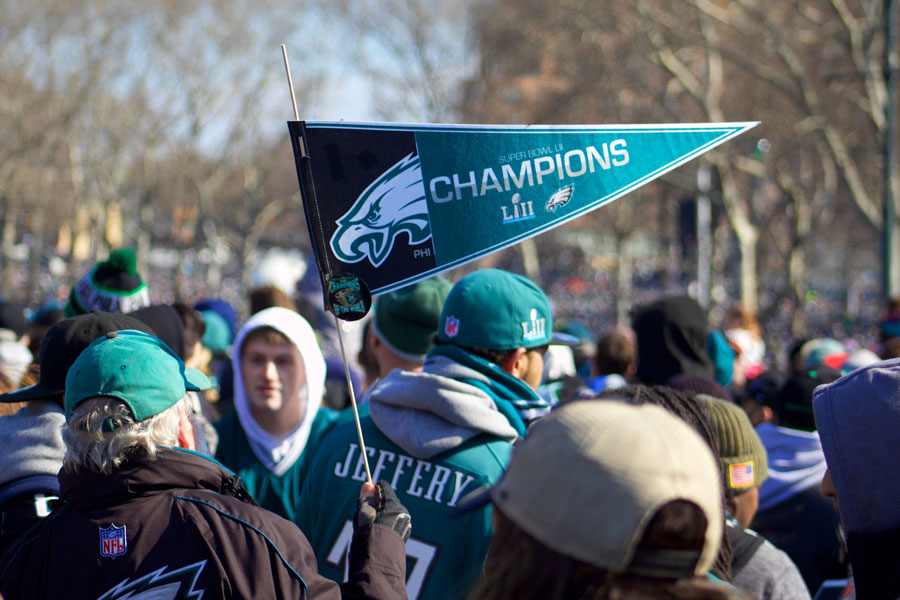 Philly is the best city for sports fans in America. Photograph by Larry Bridges/Unsplash

It’s better not to be greedy. The Bible talks about this. Abraham Lincoln was against greed. So was FDR. And Churchill. So am I. “Surfeit begets insolence,” as the ancient Greek poet Theognis put it, and if Bill Belichick isn’t the human face of insolence, baby, I don’t know who is.

Considering how sports-besotted the City of Philadelphia is, you might think we’d admire a winner like Belichick, instead of hating him with the bitter spite with which we stomp spotted lanternflies. What gets to us is that sense he exudes that his Patriots deserve to win. That they’re better than we are. It’s the same superciliousness that we’ve seen in the Yankees, that we resented in the Celtics and Kobe’s Lakers, that pissed us off about the Cowboys for so many years. Fine, go ahead and win, our inner underdog cried, but spread the wealth around a little! In the immortal words of Canadian reggae band Magic, “Why you gotta be so rude?”

You can say a lot of things about Philly sports fans, but God knows, we’re not greedy. We don’t need dynasties.

You can say a lot of things about Philly sports fans, but God knows, we’re not greedy. We don’t need dynasties. We’re pretty sure we’re not worthy of them, anyway. Toss us a world-champion team every decade or so, and that’ll do. The Flyers in 1974-’75, the Sixers in ’82-’83, the Phils in 1980 and 2008, the Eagles in 2018 — enough! We’re blessed! We wouldn’t want to get so full of ourselves that we don’t have room for a Citywide Special. We’ll get by meantime on the occasional division playoff or Rookie of the Year.

We’re smart, you see, just like Theognis. We understand why gold is worth more than grass. It’s scarcity that makes for meaning. A city like Boston or New York or L.A., with all those titles to burn, will never experience the giddy, punch-drunk glee — “WORLD FUCKING CHAMPIONS!” — that sweeps through Philly when all the planets align and the rainbow gleams and the horseshoe lands just the right way and there aren’t any hats on the bed.

Published as “Why Philly Is … the Best City for Sports Fans” in the How Philly Stacks Up article in the December 2019 issue of Philadelphia magazine.