This Spotted Lanternfly Problem Is About to Get Even More Disgusting

Pennsylvania’s top official battling the invasive pests talks egg sacs, praying mantises, and why napalm is not the answer. 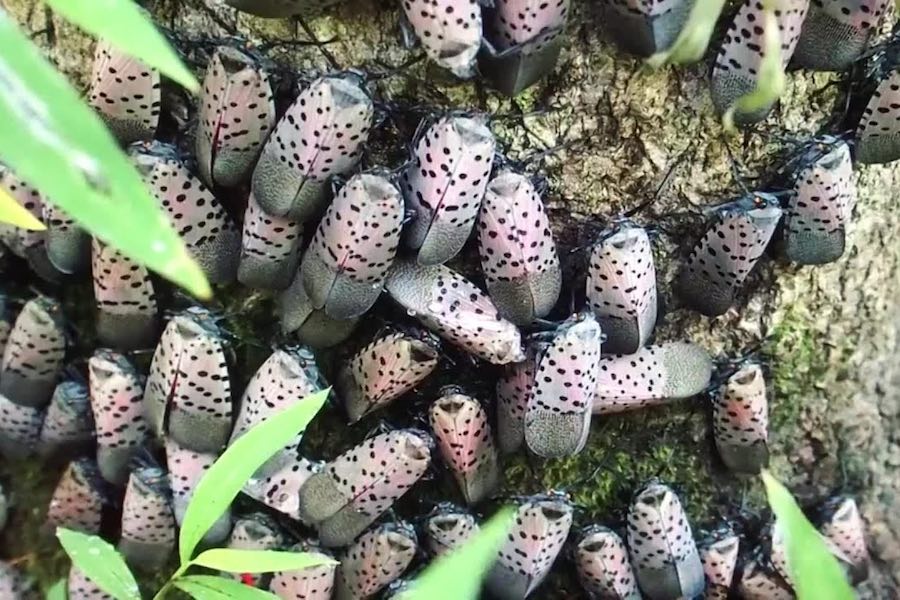 A spotted lanternfly photo provided by the Pennsylvania Department of Agriculture.

I imagine your job is pretty hectic these days.
Well, we have actually been dealing with this thing for five years. When I came on board in 2014, that’s when it was discovered in Berks County. It has certainly been a learning process … We’ve been able to surmise some things in the last few years. We’re in a good place, but we’re not done. There’s a lot of research that still has to happen.

Five years ago? Huh. I didn’t realize that it had been around for quite so long — and in Berks County, so close to Philly.
Yes, a state forester happened to be walking on a trail behind his house in Berks County. He noticed a very unusual insect. Being a state forester, he was familiar with different insects. He got it back to us here at the department and our entomologists were able to discover it was the spotted lanternfly and native to Southeast Asia, not Berks County.

You said that the spotted lanternfly is “just another” invasive species. But I don’t remember hearing about an invasive species that seemed so dire.
The emerald ash borer has destroyed the ash [trees] in 30 different states. Unfortunately, they did not get out in front of that one. When we realized that stink bugs were here, they were already all across the state. What you’re finding now is that between social media and the outreach done through Penn State’s agricultural extension, the USDA and our department, there is a much more widespread knowledge base out in the public, and the public has certainly risen to the challenge and done quite a job.

I know that the potential for damage could be catastrophic to the agricultural industry in the state, but have we seen any real damage thus far?
Yes. A couple of vineyards in Berks County have been really affected by this. One, as of last year, had lost 90 percent of its crop, and this year, the vines actually died. It’s definitely decimating some of the vineyards. The long-term effects on our forests and so on are still being researched. It will be years before you actually have a good handle on what is happening to other crops.

So we’re supposed to squish these things when we see them. But what else can we do? I saw something somewhere about spraying egg sacs with isopropyl alcohol. But I don’t think I’d know a spotted lanternfly egg sac if I saw one.
The spotted lanternfly egg masses can have 30 to 50 eggs in them. The egg masses will look a lot like putty or a wad of chewing gum. You can scrape the egg mass into alcohol and dispose of it. The researchers are working on different chemicals, but at the end of the day, the research is still going.

And they will lay those egg masses on anything solid, so in Philadelphia, the side of a building, park benches, sidewalks, cars and statues. So if you’re sitting around having lunch and you see a grayish putty material on the bench, scrape it off and throw it away. 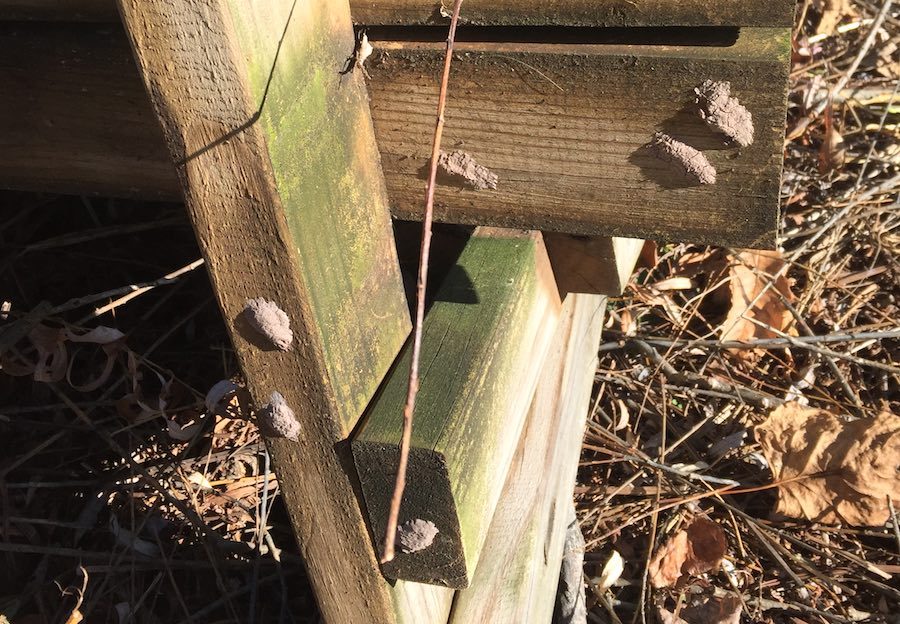 Spotted lanternfly eggs on a bench. (Photo provided by the Pennsylvania Department of Agriculture)

Ew. You want me to pause my lunch in Rittenhouse Square to scrape egg-filled putty off of a bench and throw it away?
Well, scrape it and crush it. I thought I’d put that out there.

They start mating toward the end of August and into September. And they’ll start laying eggs into the first heavy frost and then typically in the spring — say, April — the eggs will begin to hatch. It’s a one-year life cycle.

Wait, so we can kill all the spotted lanternflies we want, but what you’re really saying is that now we need to be vigilant about these eggs. They’ve already been laid? We’re doomed?
Uh, the messaging right now is kill as many as we can kill, but at the end of the day, you are absolutely correct that we are moving into the time period for the eggs. The egg masses will be from a half-inch wide to two inches long. Looks like squished gum.

So if these things feast on trees, why are we seeing them swarming on concrete on treeless streets in the city?
They are great hitchhikers. Part of the reason that you are seeing them in the city is that they are easily transported on vehicles. You really need to check your vehicle and not take the spotted lanternfly with you. They’ll just attach themselves and move with your vehicle.

Also, we have to understand that while their preferred host is the tree of heaven, one thing you have to remember is that they will adapt, even from the standpoint of what they will consume. They are like any other thing that is alive. You’re going to do everything you can to stay alive. 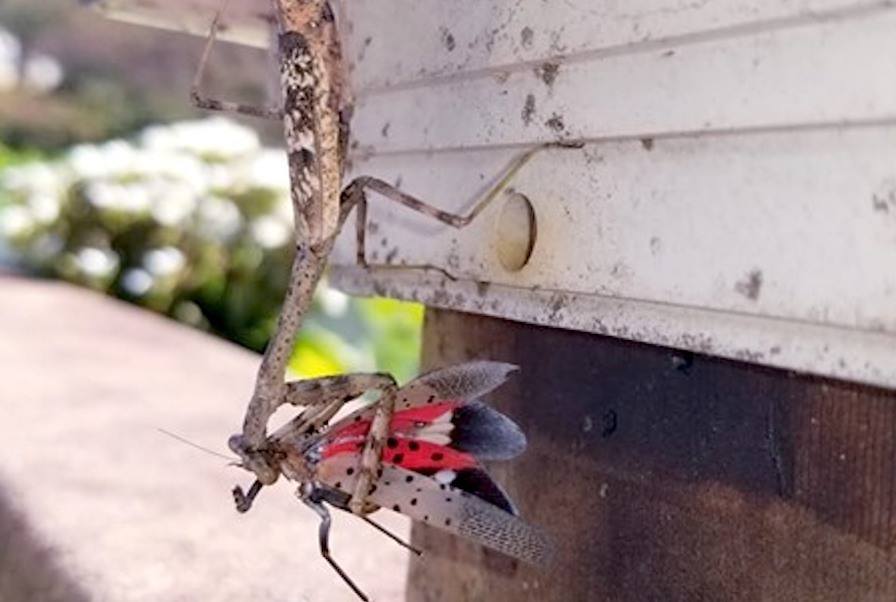 A praying mantis preying on a lanternfly. Photo by Kelly O’Brien-Schoch

My son asked me if he could build a flamethrower to destroy spotted lanternflies. How do you feel about that?
Your son is not the only one that has talked about flamethrowers. Using a flamethrower or unleashing a horde of praying mantises, or napalm, or any of the other drastic measures folks have suggested would also devastate the environment, and harm pets and humans and other crops. As for your son, that’s on you, Dad.